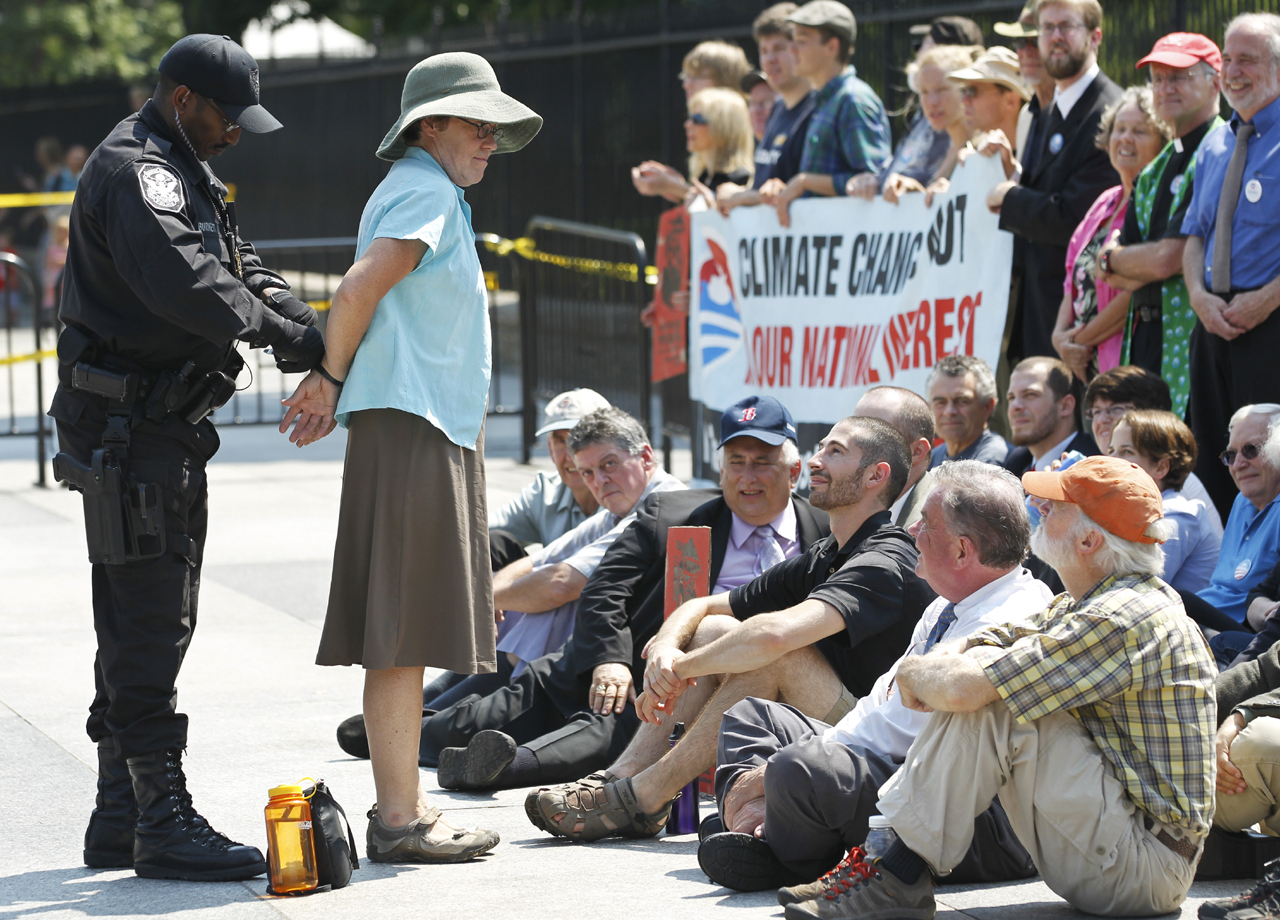 WASHINGTON - Arrests are beginning anew outside the White House as police remove dozens of protesters who are hoping to convince President Barack Obama to block TransCanada's Keystone XL pipeline.

Fifty protesters remain in jail after being arrested outside the White House on Saturday, the opening day of a two-week civil disobedience campaign.

They're expected to be released Monday night.

A 65-year-old woman from Massachusetts who's celebrating her birthday was also arrested.

Protest organizers say a total of 46 will be arrested and will join their colleagues in jail by day's end.

Dozens were arrested outside the White House on Saturday after staging a sit-in to protest the proposed $7 billion pipeline that would boost U.S. dependence on Canadian oil sands.

Thousands of opponents of the pipeline plan to get arrested, in protests over the next two weeks that they hope will help persuade the Obama administration to kill the project.

The State Department is set to issue a final environmental impact report this month on the Keystone XL pipeline project that would bring oil sands petroleum from Alberta to Texas refineries. The department hopes to make a final decision on the TransCanada Corp line by the end of the year.

The pipeline would provide thousands of construction jobs, which could make it hard for the Obama administration to kill the project.

Opponents want the administration to stop the pipeline, which would deliver up to 700,000 barrels per day of oil to Gulf Coast refineries, because it would cross water sources that could be vulnerable to spills. Also, oil sands petroleum emits more carbon dioxide than average crude oils.

If President Obama approves the pipeline, environmentally minded voters who cast their ballots for him in 2008 may not be as inclined to back him next year, especially after the failure of a climate change bill, and after the administration opened up a large section of Wyoming for mining coal in May.

Holding a sign that read "Obama, will you stand up to big oil?", protesters lingered outside the White House even after police announced they would be arrested if they did not move.

One by one, police called protesters out of the crowd, placed them under arrest and led them into a police vehicle.