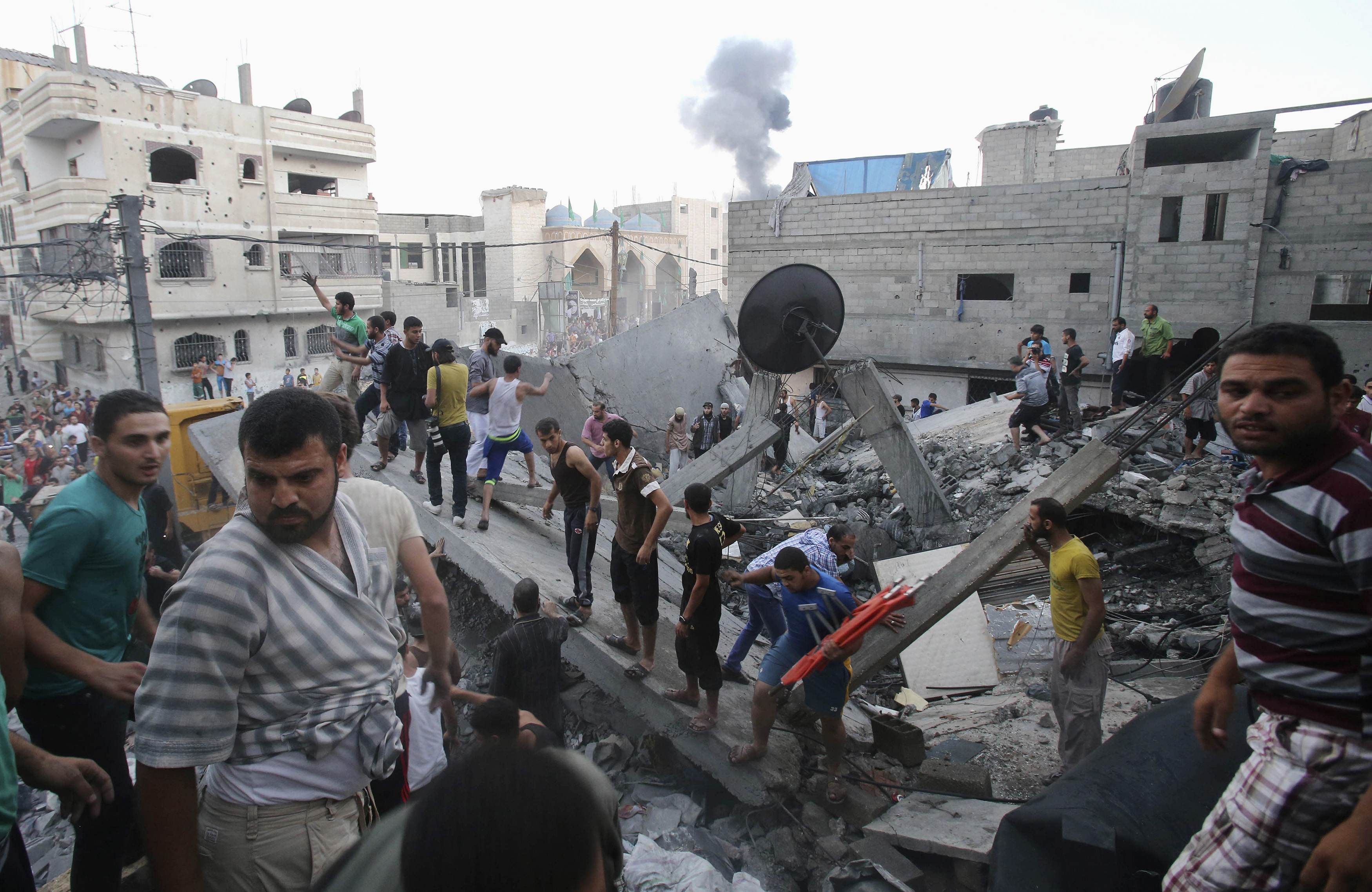 Friday in Rafah, as residents searched for survivors of one strike, more missiles forced them to scramble for cover.

Dozens of Palestinian civilians have been killed -- many of them children.

In Gaza there's an impotent anger with an unseen enemy that strikes from afar.

The Israeli military says it's trying to put a stop Hamas militants in Gaza from firing rockets into southern Israel.

A gas station in the southern town of Ashdod was hit Friday morning, injuring three people, one severely.

So far, no Israelis have been killed -- thanks in part to the country's advanced missile defense system, which destroyed more rockets over Tel Aviv on Friday.

Israel says it's targeting those responsible for the attacks. A strike killed three militants on Thursday -- landing on their location with pin-point accuracy.

But Israel also targets the homes of Palestinian militants, which it calls "command centers."

On Tuesday, an airstrike on a house in Khan Younis killed a family of eight.

The Israeli military said they were given a warning via telephone to evacuate, but they returned too early, just as the strike hit.

She said the family wasn't able to leave because they were only given two or three minutes to escape the building before the missile struck.

And on Friday, a new cause for concern -- and possible retaliation -- for Israel; the first reports of rockets being fired from inside Lebanon.