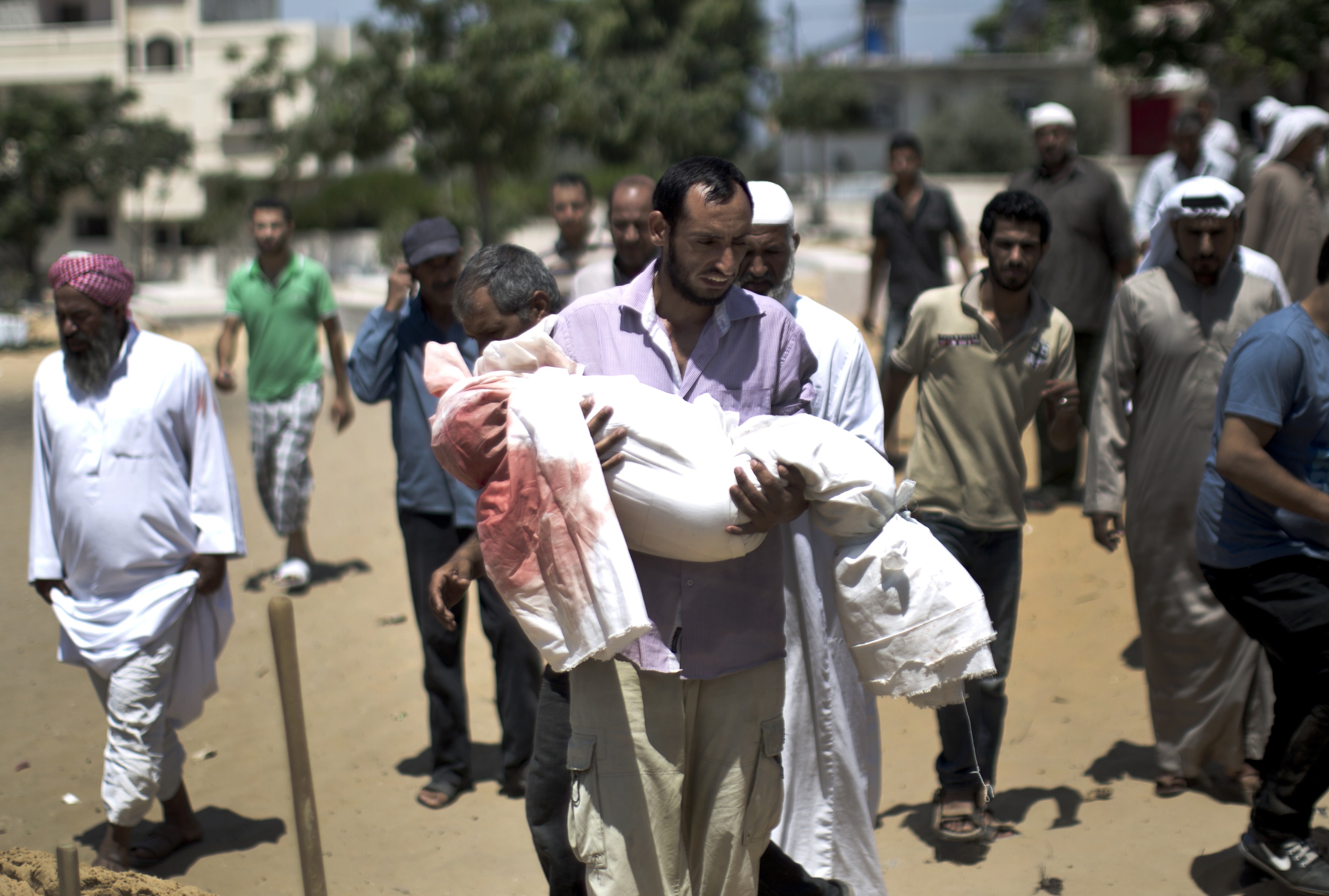 GAZA STRIP -- Wednesday night was the deadliest since Israel's offensive in the Gaza Strip began.

Israeli officials say airstrikes hit more than 300 targets in the tiny, densely populated strip of land last night alone. Thursday morning, CBS News correspondent Holly Williams says Palestinian residents were holding funerals for the victims, including a family of eight who seem to have been mistakenly killed in the deadliest raid yet of the current conflict.

It was the third night in a row to see Israel bombard the Gaza Strip, its missiles lighting up the sky and sparking panic on the ground.

Meanwhile, thousands of Israeli troops have massed along the Gaza border, raising concerns of a possible ground incursion which would result in a dramatic escalation of the conflict and almost certainly a spike in the death toll.

Palestinian militants, in turn, kept up their barrage of rockets in the opposite direction. When the sirens wailed outside the southern Israeli city of Ashdod on Wednesday, Williams and her crew took cover on the side of the road.

In Ashdod, just 25 miles from the Gaza border, they've been living with rocket attacks for almost 15 years. But this time the militants' missiles are hitting deeper into the country than ever before -- a shocking jolt to Israelis' sense of security.

So far, no Israelis have been killed, thanks in part to the country's Iron Dome anti-missile defense system, designed to intercept and destroy incoming rockets.

The Palestinians have no protection from the bombs dropped by Israeli warplanes.

Homes have been flattened by Israeli strikes. At one, a man and two children were rushed to the hospital Wednesday, a woman and another child were still missing.

But in Al Shifa Hospital, Dr. Eyman Al-Samani told us many of the injured are civilians, some of them children.

"The hospital now is full," said the doctor. "The ICU is full. I don't know how to deal. As you can see all of them are children," he added, pointing to a young boy on a stretcher.

How "Ratatouille: The TikTok Musical" was born during the pandemic