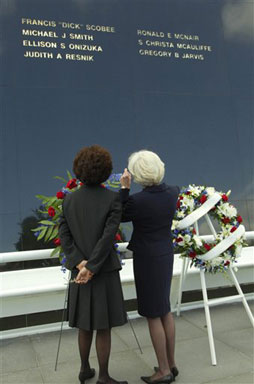 U.S. stocks suffered another dreary session Wednesday after a further crack in Russia's teetering financial system sent investors dashing for cover in markets around the globe.

"It's a time to be bullish, both over the next 30 days and over the next six to nine months," said Paul Rabbitt, senior portfolio strategist at Oppenheimer & Co.

"With the flight to safety in full force around the world into the U.S. currency, we've had an increase in inflows into U.S. equities from global investors to $10 billion a month," Rabbitt pointed out. "That's a lot of money. That goes right to big-cap names, and that's where you will see the strength."

"In my mind, we're still in a bear market, a bear market that has really unfolded in the smaller-cap stocks," said Edward Wedbush, president of Wedbush Morgan Securities Inc.

Russia neglected to make a payment on some of its long-term debt Wednesday. The development is notable since it was assumed that last week's Russian moratorium on treasury paper maturing through December 1999 would not affect longer-term debt.

Its currency, the ruble, skidded, with the Russian central bank suspending dollar sales to its banks, a signal that it will not intervene in the currency market to support the flattened currency. On Tuesday, the ruble stumbled 10 percent vs. the U.S. dollar, its steepest drop in nearly four years. It fell 5 percent Wednesday before trading was halted.

Speculation mounted that the International Monetary Fund's $3.2 billion September loan installment to Russia is in jeopardy. Russia's benchmark RTS stock index fell 13.8 percent. It has crashed an astonishing 86 percent in the last year.

The worry among some global investors is that problems in the German banking system as a result of Russia's woes might spread throughout Europe.

In Asia, Tokyo's Nikkei 225 index retreated 1.4 percent to 14,866.03. The decline in the Tokyo market came after a logjam developed in the Diet, Japan's parliament. Opposition lawmakers, who are against the government's use of public funds to resuscitate ailing banks, boycotted an important parliamentary committee meeting. The action raised the specter of a stalemate.

In other market highlights Wednesday: