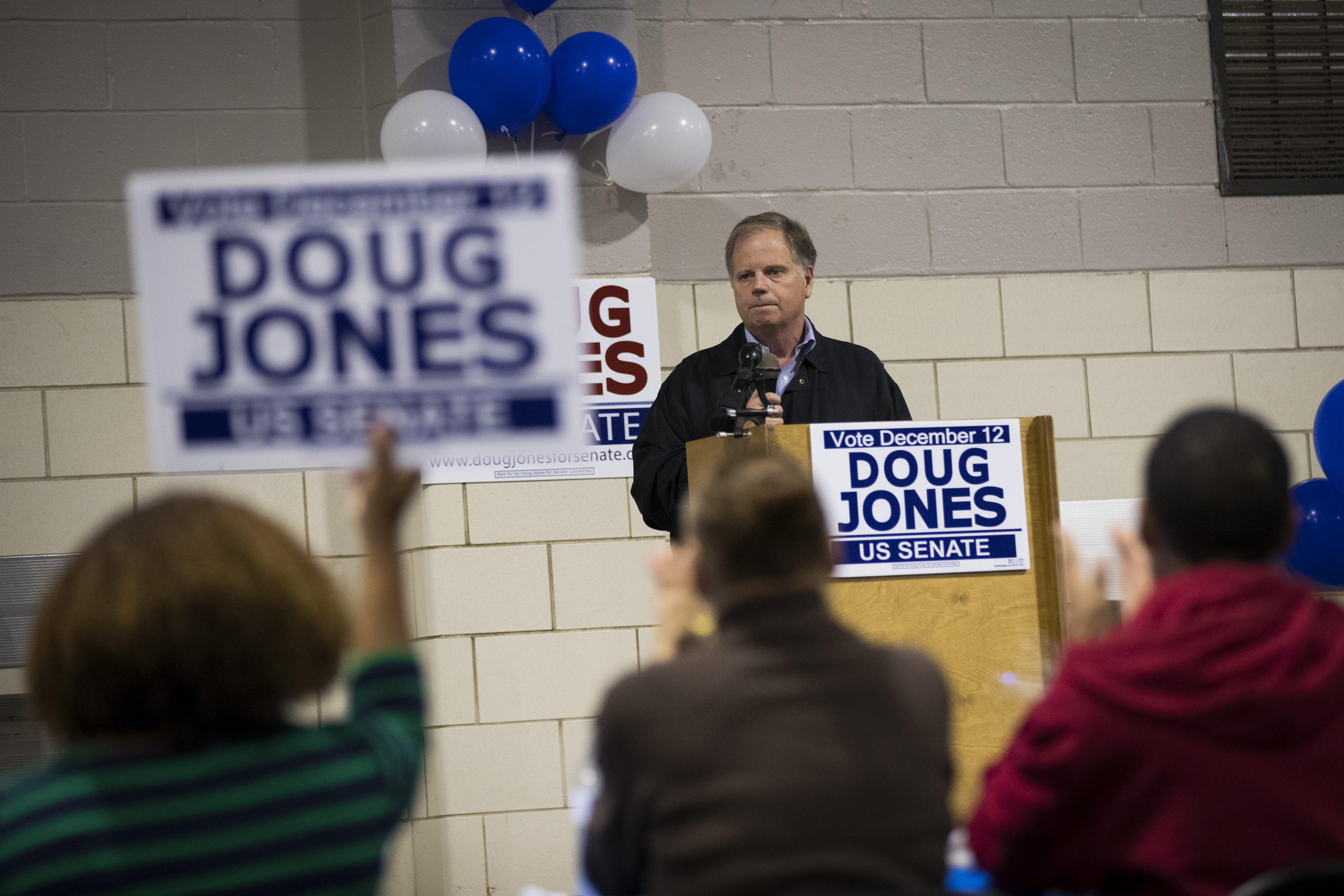 Three weeks before the Alabama special election, Democratic Senate candidate Doug Jones is zeroing in on his opponent, Judge Roy Moore, and the numerous allegations of sexual assault against him in a new campaign ad.

Titled "Voices" the advertisement features statements from Republicans, and President Trump's eldest daughter Ivanka Trump, commenting on the allegations from various women who claim Moore assaulted them when they were minors in Alabama. The ad calls those actions "disturbing."

"There's a special place in hell for people who prey on children," Trump said in the statement featured in the ad, "I have no reason to doubt the victims' accounts."

Trump's father has not yet commented on the allegations themselves, only saying the people of Alabama will decide Moore's fate.

A similar statement of support of the accusers made by Attorney General Jeff Sessions during his most recent hearing on Capitol Hill is included as well.

The spot also uses a comment from the senior senator from Alabama, Richard Shelby, who says he would "absolutely not vote for Roy Moore." Shelby has said he plans to write in a "distinguished Republican" instead of supporting Moore.

The ad ends with a voiceover reading, "Conservative voices, putting children and women over party, doing what's right," as images of all the women Moore allegedly assaulted as young girls are revealed on the screen.

A number of women have come forward with claims that Moore pursued them when they were minors in the 1970's when he was a well-known figure in the Alabama legal system.

Moore has since decried the allegations against him as "fake news," saying the women have no evidence to support their claims.