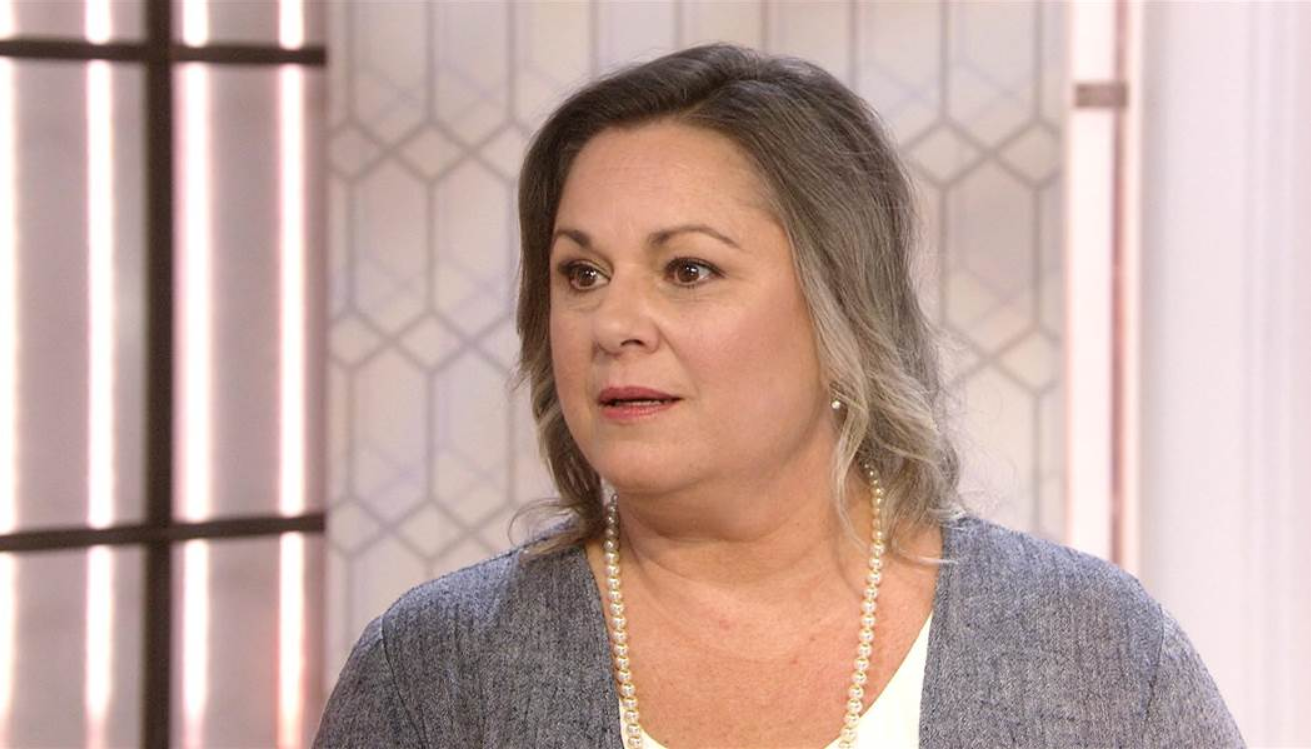 WASHINGTON  — A woman accusing Alabama Senate candidate Roy Moore of initiating sexual contact when she was 14 said Monday she wanted to confront him years ago but didn't because he was powerful and the encounter gutted her self-confidence. She said she came forward to tell her story only after other women agreed to.

The declaration by Leigh Corfman comes after Moore's supporters claimed without evidence that reporters were offering thousands of dollars to women for accusations. The state election is being closely watched, as several GOP senators have called Moore to drop out, and President Donald Trump remains mostly quiet on the issue.

Corfman said she was "absolutely not" paid to tell her story publicly.

"My bank account has not flourished," Corfman told NBC's "Today" show. "If anything it's gone down because I'm not working."

Corfman said Moore's stature in Alabama — he was a noted attorney who went on to become a powerful judge — prevented her from coming forward years ago. But, she says, she did confide in close friends immediately after the incident and told family members later as an adult.

"It took years for me to regain a sense of confidence in myself, and I felt guilty. I felt like I was the one to blame. It was decades before I was able to let that go."

Moore has denied allegations of sexual misconduct. Nevertheless, his victory in the Dec. 12 special election would saddle GOP senators with a colleague accused of abusing and harassing teenagers, a troubling liability heading into the 2018 congressional elections.

Republicans hold a 52-48 edge in the Senate, and the narrow majority has already made it difficult for Republicans to push through its agenda. Moore's name cannot be removed from the ballot even if he withdraws from the race, though a write-in campaign remains possible.

White House aides said Mr. Trump — who faced his own allegations of sexual misconduct and was caught on tape bragging about forcibly grabbing women without their consent — is uncomfortable with the allegations against Moore but thinks voters should decide his fate.

At a Cabinet meeting Monday, the president was asked by a reporter again about whether he believed Moore's accusers, and he ignored the question.

Added White House legislative director Marc Short: "At this point, we think he has been a public figure in Alabama for decades, and the people of Alabama will make the decision, not the president, not the leader of the Senate, not members in Congress."

In the NBC interview, Corfman described an encounter with Moore in which he pursued her while he was assistant district attorney in the 1970s. She says Moore took her to his house, where he spread out blankets on his living room, removed their clothing and touched her. She said she told him she wasn't comfortable, and he eventually agreed to take her home.

Corfman said she confided in those close to her, including her children years later when they became teens. She said she decided against going public with her accusations at various times in the past three decades because she was afraid that her kids would be shunned in Alabama, where Moore was rising in prominence as a local judge.

"When you're in that situation, you do everything you can to protect your own," she said.

Corfman says she agreed to share details only after The Washington Post sought her out and gave her assurances she wasn't the only one accusing Moore of misconduct. Multiple women have accused Moore of pursuing them as teenagers, including one who has detailed a sexual assault encounter in a car.

When asked if she was compensated in any way, Corfman said: "Absolutely not. If anything, this has cost me. I have had to take leave from my job. I have no tickets to Tahiti. And my bank account has not flourished. If anything it's gone down, because currently I'm not working."

Moore, a former state Supreme Court justice twice removed from office, has denied the accusations and pledged to remain in the race. The special election will determine who fills the remainder of Attorney General Jeff Sessions' term, until January 2020.

Before the allegations emerged, Mr. Trump had backed current GOP Sen. Luther Strange in the Sept. 26 primary to determine Sessions' successor and campaigned in the state, a Republican stronghold. But after Moore won the primary, the president made it clear  thathe would back Moore as the anti-establishment candidate enthusiastically promoted by former White House chief strategist Steve Bannon.

Senate Majority Leader Mitch McConnell, R-Ky., and House Speaker Paul Ryan, R-Wis., are among the many national Republicans who have urged Moore to step aside. Sessions told Congress last week he has "no reason to doubt" the women.

Sen. Tim Scott, R-S.C., said "it is in the best interest of the country, as well as the state of Alabama, from my perspective, for Roy Moore to find something else to do." Scott said he thinks there was "a strong possibility with a new candidate, a new Republican candidate, a proven conservative, that we can win that race."

Moore's candidacy has left GOP officials in a bind, especially after GOP Gov. Kay Ivey said she will not postpone the election and will vote for Moore. The Alabama Republican Party has also thrown its support behind Moore.