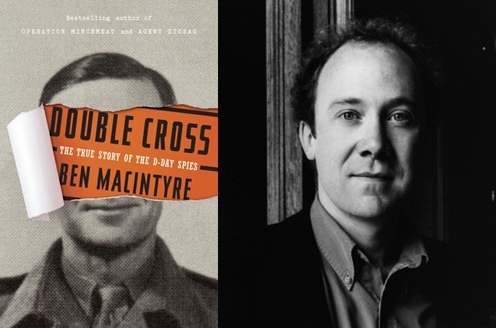 Jeff Glor talks to Ben Macintyre about "Double Cross: The True Story of the D-Day Spies"

Ben Macintyre: The release of the official, hitherto top secret files on wartime espionage has transformed this area of intelligence history. I was first inspired to write on this subject with the release of the files on Eddie Chapman, code-named Agent Zigzag, a conman and criminal who became one of the most successful double agents of the war. Three books later, Double Cross is the summation of that research. Espionage offers such an extraordinary backdrop for studying character, personality and issues of loyalty, love and betrayal. The story of Double Cross, the great hoax that ensured the success of D-Day, is not so much a military history as a story of people, and the subtle interplay between spies and spymasters, both Allied and German.

BM: I was most surprised by the gamble which the D-Day planners were prepared to take with the "Double Cross" ruse. If it had gone wrong - as it very nearly did - then thousands of lives were at stake. And of course, in relying on these five spies, they were dealing with extremely unconventional, not to say fickle people.

BM: I would love to think I would have made a good spy, but on reflection, having been immersed in this world for nearly eight  years, I think I would be hopeless at intelligence work- an inability to keep a secret being one of my main failings. I suspect if I did not write, I would be teaching history.

BM: At the moment I am deeply immersed in "Hiroshima Nagasaki," a fascinating, if gruesome, retelling of the use of the atom bomb on Japan in 1945. I have also just discovered (belatedly) the brilliant novels of Alan Furst and am charging through them.

BM: I am making a three-part BBC TV documentary on espionage during the First World War. It is thrilling stuff, and wonderfully amateur - people in false moustaches writing secret messages on serviettes in Viennese cafes in 1913! I am also gearing up for my next book - undoubtedly something in the espionage realm, but probably a different period.

For more on "Double Cross," visit the Random House website.