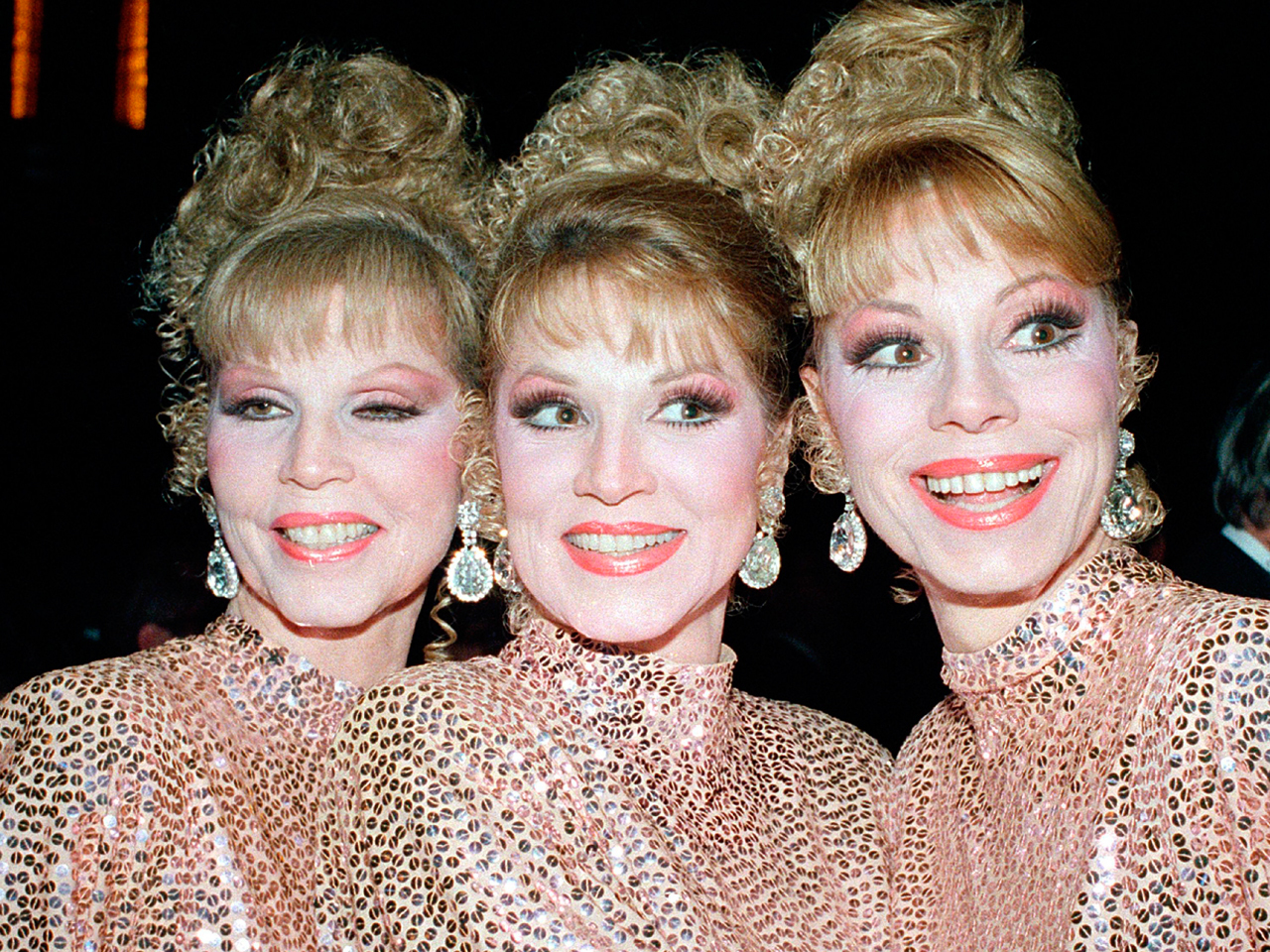 (CBS/AP) Dorothy McGuire Williamson, who teamed with sisters Christine and Phyllis for a string of hits in the '50s and '60s as the popular McGuire Sisters singing group, has died.

Williamson died Friday at her son's home in the Phoenix suburb of Paradise Valley, Ariz., daughter-in-law Karen Williamson said. She had Parkinson's disease and age-related dementia. She was 84.

The McGuire Sisters earned six gold records for hits including 1954's "Sincerely" and 1957's "Sugartime." The sisters were known for their sweet harmonies and identical hairdos and outfits.

They began singing together as children at their mother's Ohio church and then performed at weddings and church revivals. They got their big break in 1952 on the show "Arthur Godfrey's Talent Scouts," where they continued to perform for seven years.

The group made numerous appearances on television and toured into the late 1960s, making a last performance together on "The Ed Sullivan Show" in 1968. Dorothy stepped back to raise her two sons, Williamson said. Christine also raised a family while Phyllis pursued a solo career, according to a 1986 profile in People magazine after the trio reunited and began doing nightclub and Las Vegas performances again.

"We had a clear, true harmony and a pure blend," she told People of the trio's success, according to the New York Times. "I've always been sold on our sound."

The sisters last performed together in the mid-2000s, and are featured on a 2004 PBS show called "Magic Moments - Best of 50s Pop."

The group performed for five presidents and Britain's Queen Elizabeth II. They were inducted into the National Broadcasting Hall of Fame in 1994 and the Vocal Group Hall of Fame in 2001.

Christine and Phyllis, 86 and 81 respectively, live in Las Vegas.

McGuire was married for 53 years to Lowell Williamson, a wealthy oilman. The couple had two sons, Rex and David.

In addition to her husband and sons, she is survived by two step-children and nine grandchildren.

A memorial service is set for Sept. 15 at Valley Presbyterian Church in Paradise Valley.