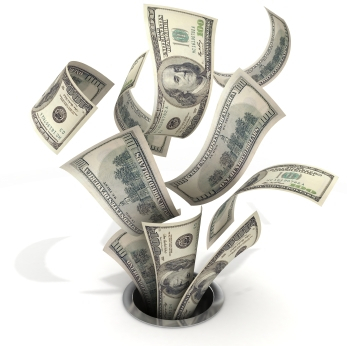 (MoneyWatch) How much you pay in fees for your 401(k) plan has a powerful influence on the amount of money you'll accumulate for retirement. You'll likely maximize your savings if you can invest in funds with low fees. The new 401(k) disclosure rules can help you determine the extent to which the fees in your 401(k) plan are placing a drag on the growth of your retirement savings.

My last post showed you a photo of the actual 401(k) disclosure statement that one of my relatives recently received. That post also described how you can use the information in this statement to compare the investment performance of your 401(k) plan's investment funds to appropriate benchmarks. In that particular 401(k) plan's disclosure statement, most of the plan's investment options had rates of returns that were well below the appropriate benchmarks.

One reason for this underperformance is the level of fees that have been assessed against the investments in that plan; the fees charged in that plan were far higher than fees charged by many other 401(k) plans. Keep in mind that the returns on the appropriate indices aren't reduced by investment fees, so you can obtain returns close to index returns by investing in low-cost index funds.

Below is the fee disclosure section of my relative's 401(k) plan; I've circled the annual expense ratio in red. At the very least, I'd like to see this ratio below 0.75 percent, and below 0.50 percent is even better. This particular plan has expense ratios that range from 1.53 percent to 1.96 percent.

My fellow CBS MoneyWatch bloggers Allan Roth and Larry Swedroe have often demonstrated the futility of paying high investment management fees in an attempt to beat the market. They've shown how you can be an above-average investorjust by earning the average rates of return on common investment benchmarks. My relative with the underperforming 401(k) funds wishes she could have earned just the average returns of the benchmarks; if she had, she'd have many more thousands of dollars accumulated for retirement.

Here's a particularly frustrating part of my relative's fee disclosure statement: The money market fund is assessed annual fees of 1.29 percent, as shown below. If you go back to my previous post, you'll see that this money market fund lost 0.92 percent in the 12-month period ending June 30, 2012. And it is this fee level that explains the reason for a money market fund losing money, which is very unusual.

So what can you do to make sure you're not losing money because you're paying high fees? Look at your 401(k) plan's fee disclosure statement to see if you're paying more than 1 percent of your assets each year in investment management fees. If that's the case, politely point this out to the appropriate HR person or business manager at your work. It may be the case that they're not aware the plan is charging high fees, and they might be glad to do something about it. If they participate in the same 401(k) plan as you, they also have a personal stake in decreasing your 401(k) plan's fees.

The particular 401(k) plan featured in this post is a small plan with fewer than 25 employees, and that's one reason why the fees are so high. But there are still alternatives for companies with few employees. In fact, Roth wrote last year that Vanguard had recently announced a 401(k) service aimed at delivering its low-cost mutual funds to the 401(k) plans of small businesses.

To succeed at saving for retirement, you'll need to be diligent and pay attention to a number of details. The level of fees in your retirement savings is just one of those details that needs your attention. Knowledge is power!