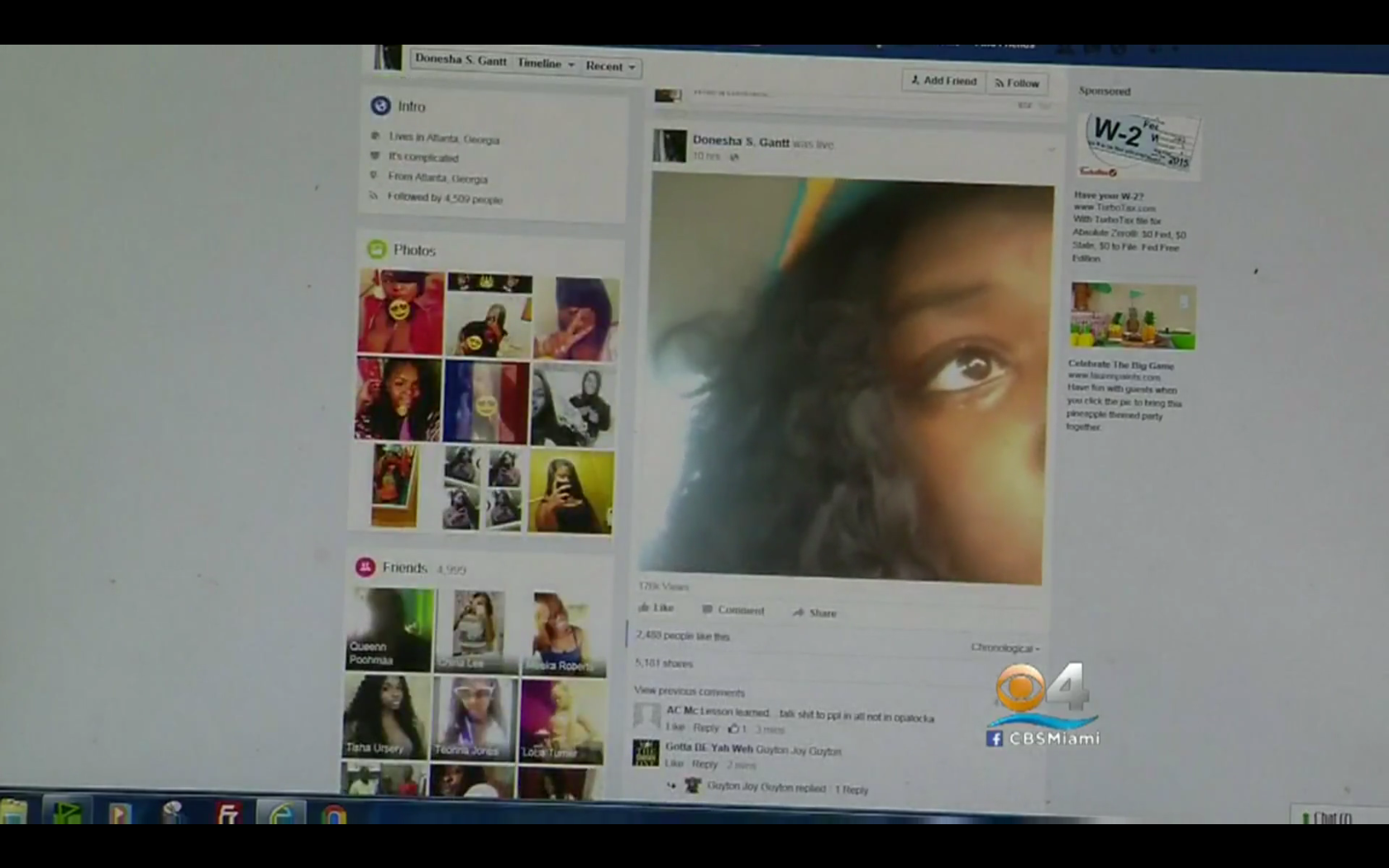 OPA LOCKA, Fla. -- A woman shot while in a car in Florida posted a video on Facebook soon after, saying she loved her mother and asking God forgiveness for her sins, reports CBS Miami.

In the video, which has been viewed about 300,000 times as of Wednesday morning, Donesha Gantt tells her mother, who was also shot, "Mama I'm bleeding."

"I said I'm bleeding. Tell them to help me. I need some help," she yells while crying.

A man's voice is then heard comforting her, telling her to breath before the video ends.

"Just breathe, just breathe," he says. "As long as you can talk, it will be okay."

Gantt later posted on Facebook, "BLESSED. All I can say is blessed. 4 wounds and I'm blessed. Love you Ma."

It is unclear what led to the shooting in which the Chevrolet car Gantt, her mother, and other witnesses were in, was left riddled with bullets.

Interim City Manager David Chiverton told CBS Miami that it was a targeted attack, and the suspects are still at-large.

"We take it very seriously and we are aggressively investigating and pursuing every opportunity to bring these culprits to justice," Chiverton said.