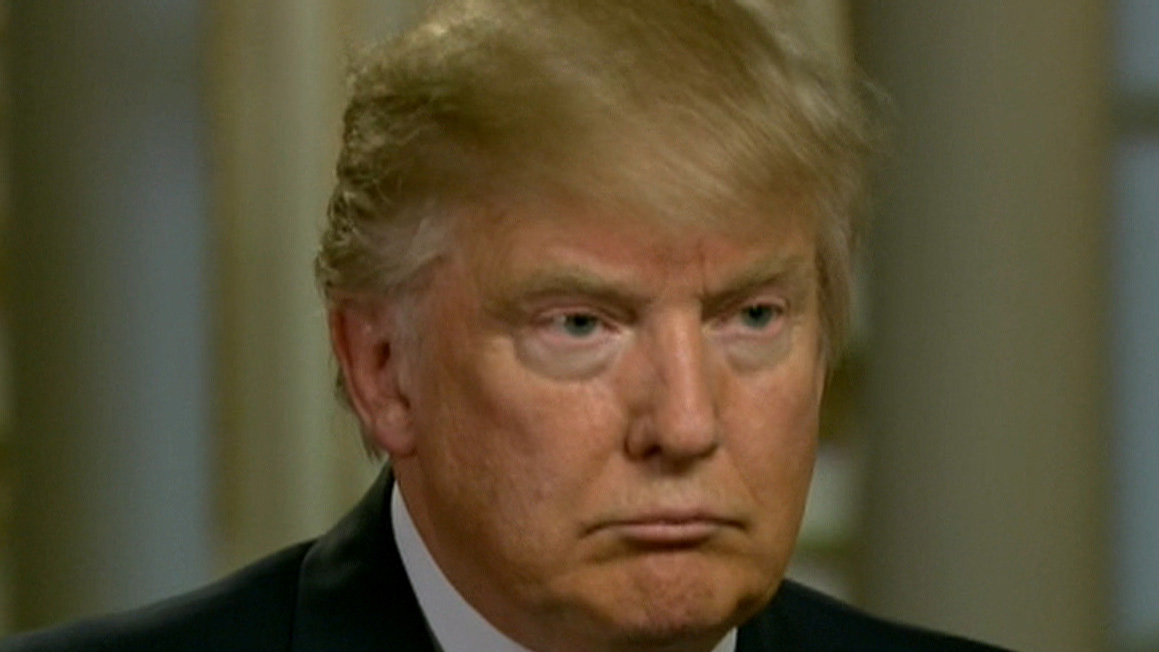 Republican front-runner Donald Trump said he would "strengthen" laws to allow for the use of torture if he were elected president.

In an interview with "Face the Nation" host John Dickerson, Trump addressed the issue, which was raised during Thursday night's GOP debate.

"We have an enemy in the Middle East that's chopping off heads and drowning people in massive steel cages," Trump told Dickerson, speaking of the Islamic State of Iraq and Syria. "We have an enemy that doesn't play by the laws. You could say laws, and they're laughing. They're laughing at us right now. I would like to strengthen the laws so that we can better compete."

Trump discounted the argument that if the U.S. military used waterboarding, captured American soldiers and hostages could be subjected to worse treatment.

"They're doing that anyway. They're killing our soldiers when they capture 'em. I mean, they're doing that anyway. Now, if that were the case - in other words, we won't do it and you don't do it, but we're not playing by those rules. What, did somebody tell ISIS, 'Look, we're going to treat your guys well; will you please do us a favor and treat our guys well?' They don't do that. We're not playing by - we are playing by rules but they have no rules. It's very hard to win when that's the case," Trump said.

When Dickerson asked if rules are what "separates us from the savages," Trump said he didn't think so.

"We have to beat the savages," he said.

Dickerson asked if that would require throwing all the rules out.

"You have to play the game the way they're playing the game," Trump asserted. "You're not going to win if we're soft and they're, they have no rules. Now, I want to stay within the laws, I want to do all of that, but I think we have to increase the laws."

You can see the entire interview with Trump Sunday morning on "Face the Nation." (Check your local listings.)

On the debate stage, Trump was asked by debate moderator and Fox News host Brett Baier, "Experts have said that when you asked the U.S. military to carry out some of your campaign promises, specifically targeting terrorists' families, and also the use of interrogation methods more extreme than waterboarding, the military will refuse because they've been trained to turn down and refuse illegal orders. So what would you do, as commander-in-chief, if the U.S. military refused to carry out those orders?"

Trump shot back: "They're not going to refuse. Believe me."

When Baier pointed out that such policies are "illegal," Trump responded: "Let me just tell you, you look at the Middle East. They're chopping off heads. They're chopping off the heads of Christians and anybody else that happens to be in the way. They're drowning people in steel cages. And he -- now we're talking about waterboarding.

Pressed about whether he meant targeting terrorists' families, Trump said, "If I say, 'Do it,' they're going to do it. That's what leadership is all about."

Trump appeared to back away from that position Friday. In a statement to the Wall Street Journal, Trump said he would "use every legal power that I have to stop these terrorist enemies."

But he continued, "I do, however, understand that the United States is bound by laws and treaties, and I will not order our military or other officials to violate those laws and will seek their advice on such matters. I will not order a military officer to disobey the law. It is clear that as president I will be bound by laws just like all Americans and I will meet those responsibilities."