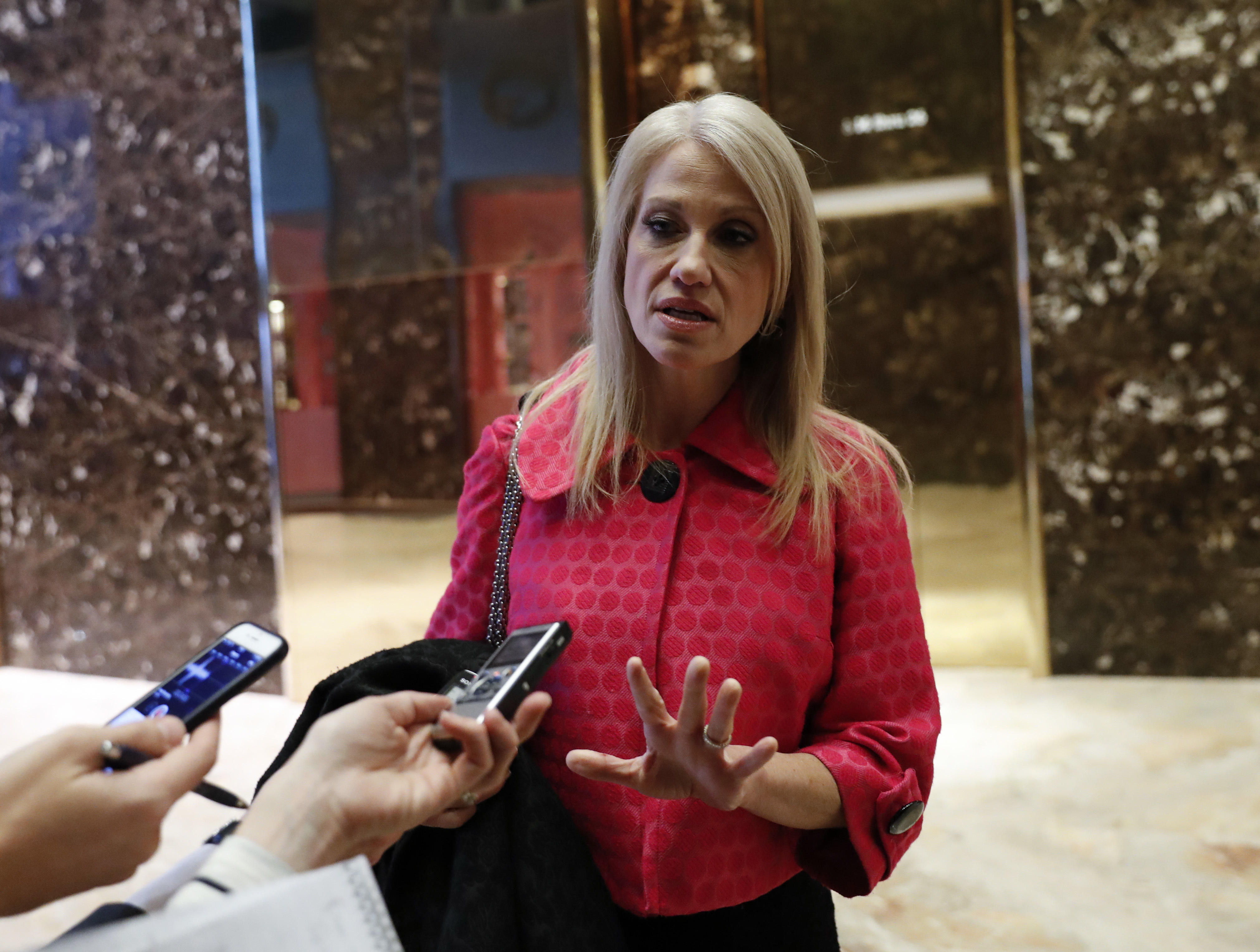 Donald Trump has named Kellyanne Conway counselor to the president in his new administration, his transition team announced Thursday morning.

Conway helped turn Mr. Trump’s campaign around while serving as his third and final campaign manager, and she was a leading surrogate for Trump during his run for the White House. She has continued to represent the president-elect in interviews since the election. On Thursday, shortly after the announcement of her new position, in another interview, she was asked about how she’ll juggle a high-level White House job with being the mother of four young children.

Conway, who has also been serving as a senior adviser to the Trump transition team, shot back with another stereotype.

“I would say that I don’t play golf and I don’t have a mistress so, I have a lot of time that a lot of these other men don’t,” Conway said an interview Thursday with Fox Business Network. “I see people on the weekend spending an awful lot of time on their golf games and that’s their right, but the kids will be with me, we live in the same house, and they come first.  Everyone has to do what’s best for their family and it’s why I didn’t jump immediately on a position that was offered to me early in the transition -- because there’s a lot to weigh and my children are 12, 12, 8 and 7, but I certainly hope, too, that we continue the conversation as a nation about the balance that many men and women face.”

In her new post, Conway will “continue her role as a close advisor to the president and will work with senior leadership to effectively message and execute the Administration’s legislative priorities and actions.

“Kellyanne Conway has been a trusted advisor and strategist who played a crucial role in my victory.  She is a tireless and tenacious advocate of my agenda and has amazing insights on how to effectively communicate our message. I am pleased that she will be part of my senior team in the West Wing,” Trump said.

Conway is the first female campaign manager of either major party to win a presidential general election, the transition team noted.