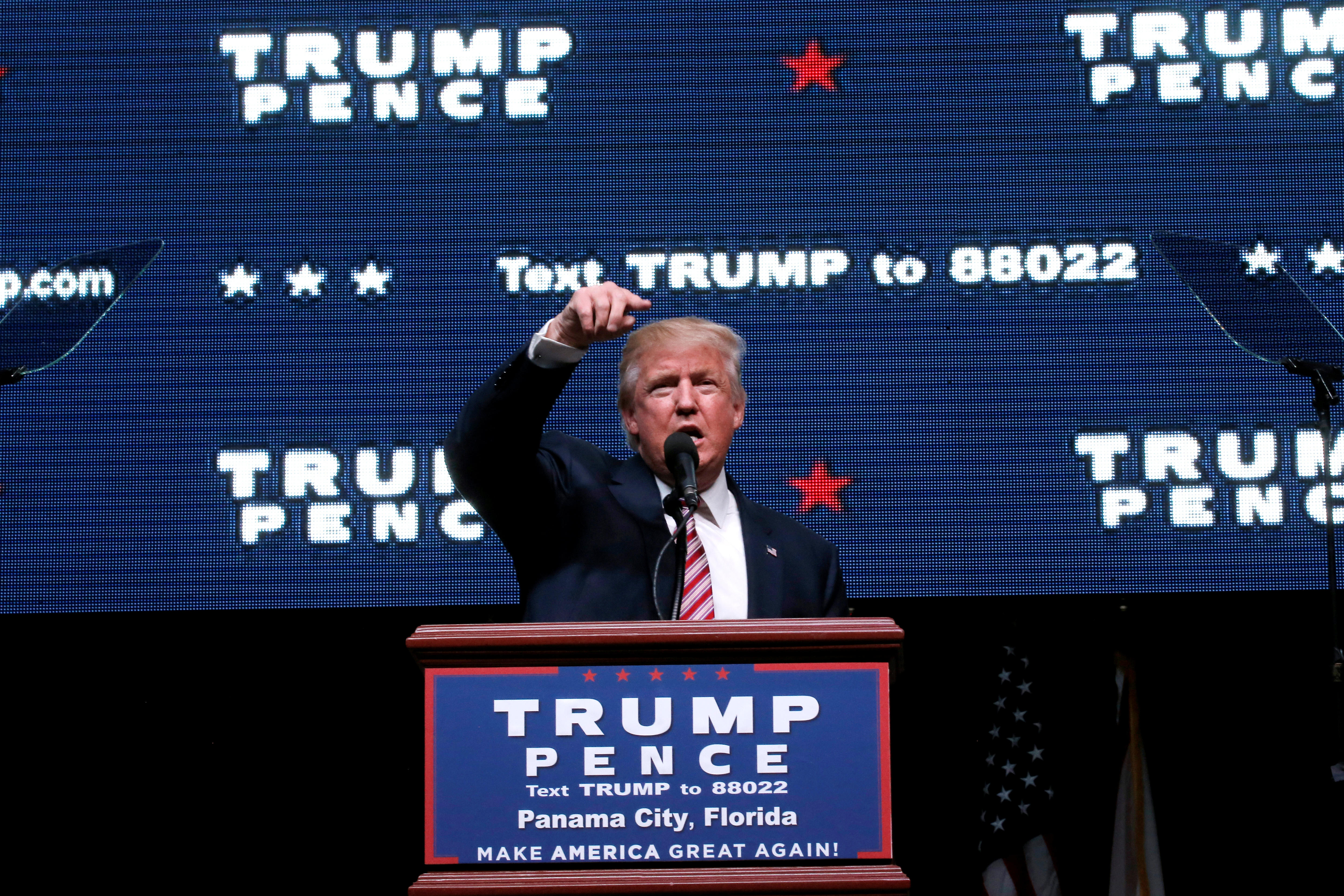 On Tuesday morning, amid the tweets of recrimination against Paul Ryan and other Republicans was this one:

“What exactly does that mean,” Fox News’ Bill O’Reilly asked Trump during an interview on the “O’Reilly Factor.”

“The shackles are some of the establishment people that are weak and ineffective people within the Republican party,” and he mentioned senators, others and Paul Ryan. The other Republican lawmakers, he suggested were “led to a certain extent by Paul Ryan being nasty to the nominee.”

Asked whether they were holding him back, Trump responded, “No, but they aren’t giving support,” and then added that “I think I’m better off maybe without their support if you want to know the truth.”

But the question remained: what would an unshackled Trump do? What, O’Reilly asked, could he do that he hasn’t already done -- might he even be “more outspoken?” Trump demurred, saying, “I don’t think I’m that outspoken to be honest with you, Bill. I think I’m not outspoken at all. I think I’ve been very nice.”

Trump referred to the lewd tape released Friday as merely “salty language,” and seemed dubious that John McCain, who rescinded his endorsement after the tape was released, had “never heard salty language before.”

“John McCain who has probably the dirtiest mouth in all of the Senate has never heard - you know he talked about lewd,” Trump said, adding sarcastically, “It’s lewd – he’s never heard that before.”

O’Reilly pointed out that should he win, he’ll need the support of Ryan and McCain, and he suggested that it was unwise to “trash” them. But Trump shot back that McCain had been “begging” for his endorsement. “People were calling, his friends are calling and then the first sign of a little bit of difficulty he unendorses,” Trump groused. “I wouldn’t want to be in a foxhole with a lot of these people, that I can tell you, including Ryan.”

Surprisingly, when Trump appeared in Panama City, Florida for his evening rally, though, after having spent the day bashing Republicans on Twitter and in that O’Reilly interview, he made only a glancing mention of the Republicans who rejected him -- he did not bring up Paul Ryan -- and he focused his ire instead on the media and the new WikiLeaks revelations from John Podesta’s personal email.

He remembered fondly when his press was more positive -- “I got great press, a lot of press,” he told the massive crowd. “My wife said the other day, ‘You used to get such great press!’ Now every single story is a slant. And I’ll tell you, what  it’s libelous, slanderous it’s horrible and it’s really unfair but we’re gonna beat the system.”

The personal emails of Clinton campaign chairman John Podesta released by WikiLeaks, Trump said, showed “so much corruption.” In one example, he pointed to the excerpt of a speech Clinton made to Wall Street, in which Clinton aspired to “open trade and open borders.”

“Behind closed doors, when she thought no one was listening, she pledged to dissolve the borders of the United States of America,” Trump said, adding that there’s no country if there are no borders.

The GOP nominee told Floridians that this election would determine whether the U.S. remains a free country or a corrupt banana republic controlled by big donors and foreign governments. And he predicted darkly that the election of Hillary Clinton would lead to the destruction of our country.

Trump also took issue (as he did in the interview with O’Reilly) with the idea that he was the one invading Clinton’s space during their second debate. “She entered my space,” he insisted. “But did you see what she said? That I entered her space. I didn’t move.” And he added he had “no interest” in getting anywhere near her.