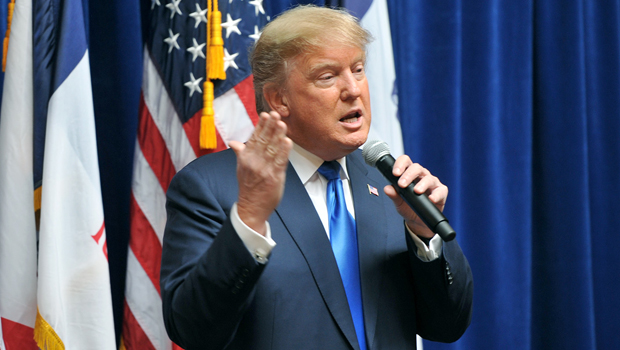 "If [Hillary Clinton is] indicted, she wouldn't be able to run essentially," Trump told WHO Radio's Simon Conway.

The billionaire, rather than floating the possibility of presidential candidate Bernie Sanders taking over the Democratic ticket, proposed Biden as an alternative.

"Maybe Biden, it could be a couple of other people that you and I both know," Trump said.

Biden flirted with the idea of jumping into the 2016 race for months before announcing last year that he would not mount a presidential campaign.

The vice president has since said he had made "the right decision" to not run, but earlier this month Biden told NBC affiliate WVIT that "I regret it every day."

In October, after Biden's announcement that he would not make a 2016 bid, Trump thanked the vice president in a video posted to Instagram, saying he "wanted to run against Hillary anyway":