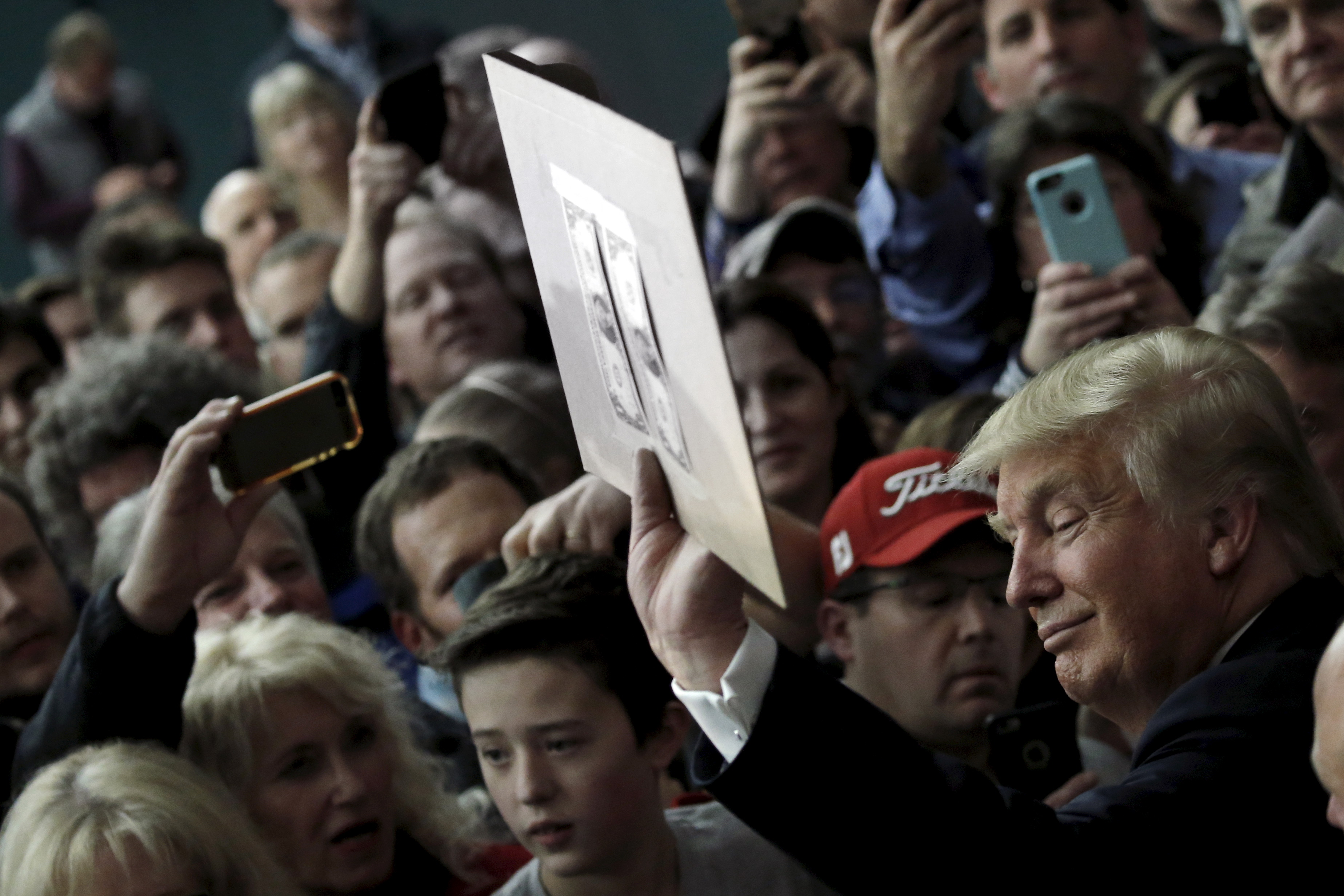 "There was a big difference between second and third," Republican presidential candidate Donald Trump told reporters in a press conference before a rally in Milford, New Hampshire Tuesday.

He was discussing his second place finish in the Iowa caucuses the night before.

It was a stark contrast from the bombastic rhetoric Trump has often deployed on the campaign trail and a shift from his central argument that he is a winner and that the United States would become great again during a Trump presidency.

This might be a little bit of revisionist history. There was no state in which Trump invested more. He had one of the largest field staffs of any presidential candidate in Iowa, which continued to expand as the caucuses approached. He made more visits to Iowa than any other state. Iowa was the only state where Trump would hold three events in one day - something he did numerous times.

Later, a reflective Trump confirmed what many had been speculating for months - that his ground game in Iowa wasn't very strong and contributed to his loss.

"We didn't have much of a ground game because I didn't think I was going to be winning," Trump told Fox News, before going on to say he was honored to finish second.

Earlier on Tuesday, Trump touted the vote difference between him and the third place finisher, Florida Sen. Marco Rubio, on caucus night, then attempted a reset of sorts, saying he expects things to be different in New Hampshire next week.

Trump's poll numbers in the state seem to bear that out. A CNN/WMUR poll released last week shows him in first place at 30%. Texas Sen. Ted Cruz and Ohio Gov. John Kasich are in second and third place - but both of their numbers combined don't equal Trump's.

But in Milford, Trump tried to tamp down expectations a bit.

"It wouldn't be the worst thing in the world," Trump said about losing the New Hampshire primary. "But I'd like to finish first."

The Milford rally did feature some of the bombast his supporters have grown accustomed to on the trail. He started by spreading his arms wide and flexing his muscles. He mocked reporters for giving Rubio so much positive press for finishing third while simultaneously saying it was disappointing for Trump to finish second.

"The headline is 'Winner Of The Night, Marco Rubio!"' Trump bellowed in front of thousands of supporters. "'Trump Humiliated!"'

He took credit for the record turnout on the Republican side in Iowa - well, sort of.

According to CBS News entrance polling, Trump pulled 31% of first time caucus goers, first in that category by far.

"It's Iowa, so it's not that big," said 17-year-old Noah Shields, a senior in high school who intends to vote for Trump. "I mean, it's the first caucus - it's not major and he has a lot more to gain than Iowa. ... Here in New Hampshire, he has it."

As always, his speech featured bits usually unique to Trump rallies. Roaming the floor at the Hampshire Hills Athletic Club where the speech took place was a man dressed like Trump - a site sporadically seen throughout the campaign. A woman wearing sunglasses with Trump's name plastered across the front cheered wildly while wearing a black fedora adorned with green Christmas lights. Another man wore a hat that said "QUEENS N.Y. WELCOMES DONALD J. TRUMP."

Trump tried to reframe himself as the candidate best suited to tackle existential threats.

"Wouldn't you rather have Trump as president if we're attacked?" Trump said. "We'll beat the sh*t out of them."