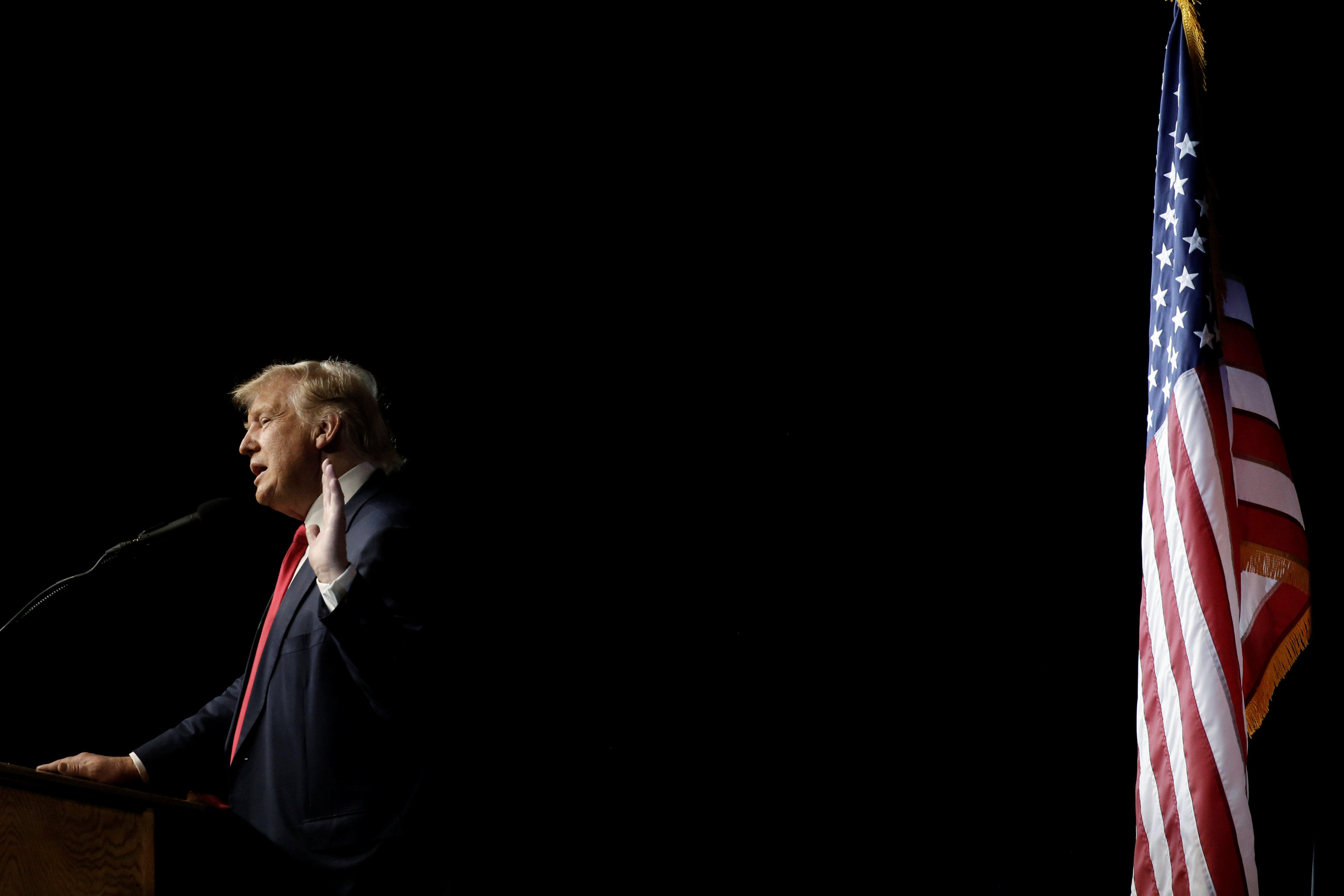 Donald Trump on Monday defended himself against reports that he did not pay federal income taxes for up to 18 years, saying he has “brilliantly used” tax laws to “pay as little tax as legally possible.”

“As a businessman and real estate developer, I have legally used the tax laws to my benefit. And to the benefit of my company, my investors and my employees,” he told a rally in Pueblo, Colo. “I mean, honestly, I have brilliantly -- I have brilliantly used the laws and often said on the campaign trail that I have a fiduciary responsibility to pay no more tax than is legally required like anybody else. Or, put another way, to pay as little tax as legally possible. And I must tell you, I hate the way they spend our tax dollars.”

The New York Times reported Saturday that the GOP nominee declared a $916 million loss on his 1995 income tax returns, a move that could have allowed him to avoid paying federal taxes for up to 18 years.

Trump and his allies have not disputed the report, arguing instead that Trump’s role as a business owner requires him to pay as little in taxes as possible. He said Monday that the 1995 loss he reported came at the end of “one of the most brutal economic downturns” in U.S. history.

“It’s my job to minimize the overall tax burden to greatest extent possible which allows me to reinvest in neighborhoods, in workers and build amazing properties which fuel tremendous growth in their communities and always help our great providers of jobs and we have to help our small businesses,” he said Monday. “...It’s what it’s all about. It’s what it’s all about. The news media is now obsessed with an alleged tax filing from the 1990s at the end of one of the most brutal economic downturns in our country’s history.”

“The conditions facing real estate developers in that early ‘90s period were almost as bad as the Great Depression of 1929 and far worse than the Great Recession of 2008,” he continued. “...Companies, jobs and opportunities were lost and lives were destroyed as tens of thousands of people were put out of work. Some of the biggest and strongest of companies went absolutely bankrupt. Which I never did, by the way,” he added. Trump then asked the crowd, “Are you proud of me?” Pueblo answered him with applause.

Trump added that today his business is “bigger, stronger, far greater assets than it’s ever had before,” and said that “we’ve never done better.” Through “a lot of talent,” Trump said, “I was able to use the tax laws in this country and my business acumen to dig out of the real estate mess....In those most difficult times when so many had their backs to the wall, I reached within myself and delivered for my company, my employees, my family and the communities where my properties existed. And I really delivered,” he told the crowd.