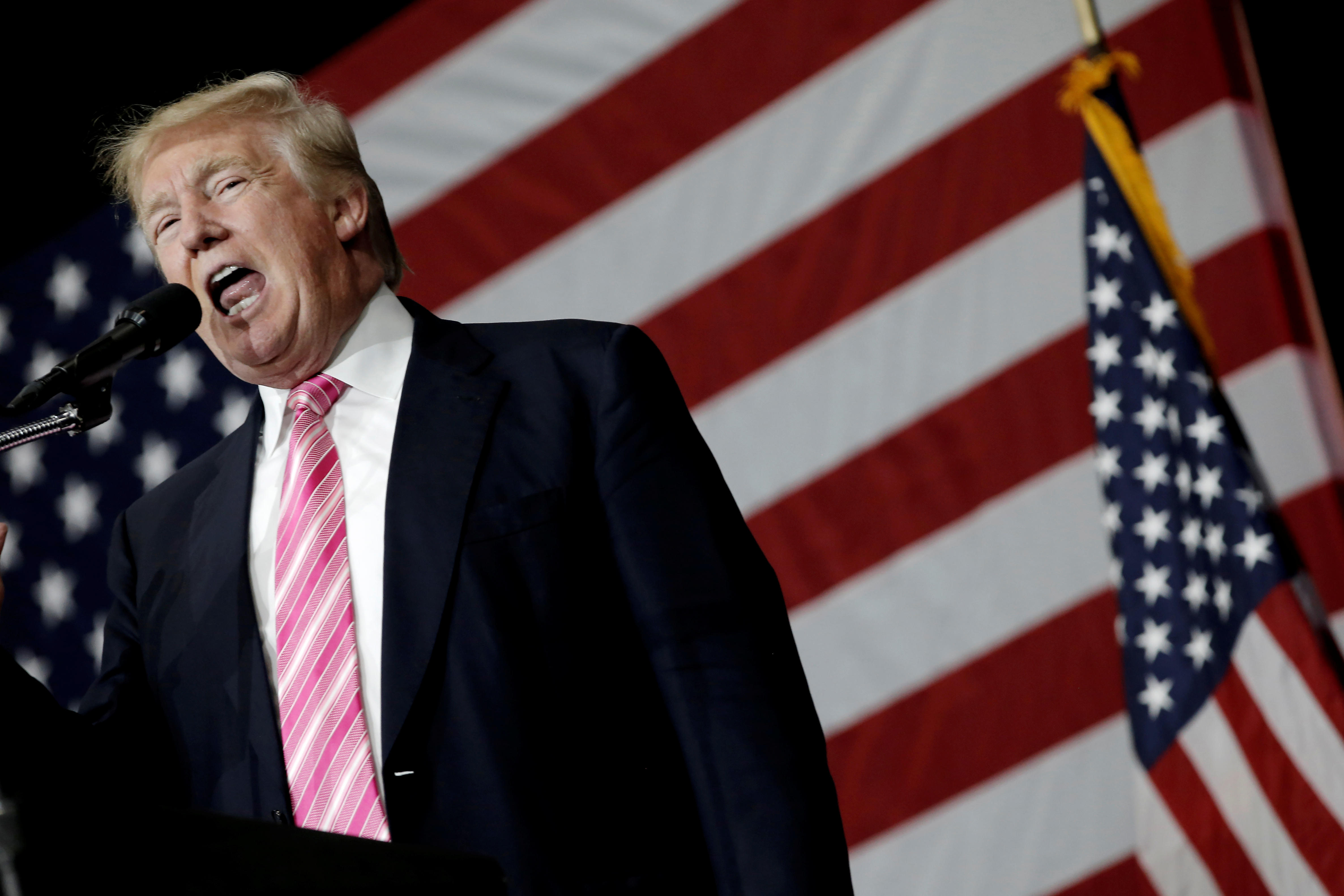 A defiant Donald Trump lashed out at a report that he may not have paid federal income taxes for as many as 18 years — and his allies went further, saying the GOP nominee is a “genius” if he didn’t pay his taxes.

In a Sunday morning tweet, Trump did not deny the claims, only said he “know[s] our complex tax laws better than anyone who has ever run for president”:

The New York Times reported Saturday that the GOP nominee declared a $916 million loss on his income tax returns in 1995. This move would have corresponded to a tax deduction so large that he could avoid paying federal income taxes for “up to 18 years.”

“The only news here is that the more than 20-year-old alleged tax document was illegally obtained, a further demonstration that the New York Times, like establishment media in general, is an extension of the Clinton Campaign, the Democratic Party and their global special interests,” his campaign said in a statement.

However, the Trump camp did not deny the content of the report, but said he has a “responsibility” to pay “no more tax than legally required.”

“Mr. Trump is a highly-skilled businessman who has a fiduciary responsibility to his business, his family and his employees to pay no more tax than legally required,” the statement read. “That being said, Mr. Trump has paid hundreds of millions of dollars in property taxes, sales and excise taxes, real estate taxes, city taxes, state taxes, employee taxes and federal taxes, along with very substantial charitable contributions.”

Trump bragged about his tax strategy during the first presidential debate last Monday, days before the Times report came out. Democratic nominee Hillary Clinton said maybe he hadn’t released his tax returns because “he doesn’t want the American people, all of you watching tonight, to know he’s paid nothing in federal taxes.”

“That makes me smart,” Trump responded.

Trump’s allies are coming to his defense, too. In an interview with “Fox News Sunday,” New Jersey Gov. Chris Christie said the Times story shows the “genius” of the GOP nominee.

“There’s no one who’s shown more genius in their way to maneuver around the tax code,” he said, adding that it was a “very good story for Trump.”

He said the report is a net positive for Trump because it showed “what an absolute mess the federal tax code is, and that’s why Donald Trump is the person best positioned to fix it.”

“The reality is, this is part of our tax code. The man’s a genius,” he told CNN. “He knows how to operate the tax code to the benefit of the people he’s serving.”

Clinton’s campaign quickly jumped on the news, with campaign manager Robby Mook saying Saturday night that it “reveals the colossal nature of Donald Trump’s past business failures and just how long he may have avoided paying any federal income taxes whatsoever.”

The campaign also released a corresponding “tool” on its website where users can calculate how much they would pay in taxes if they were Donald Trump (the answer is always $0). “Factcheckers: Please send inquiries to senior Trump strategist Corey Lewandowski at corey@cnn.com,” the website says, referring to former Trump campaign chief Corey Lewandowski.