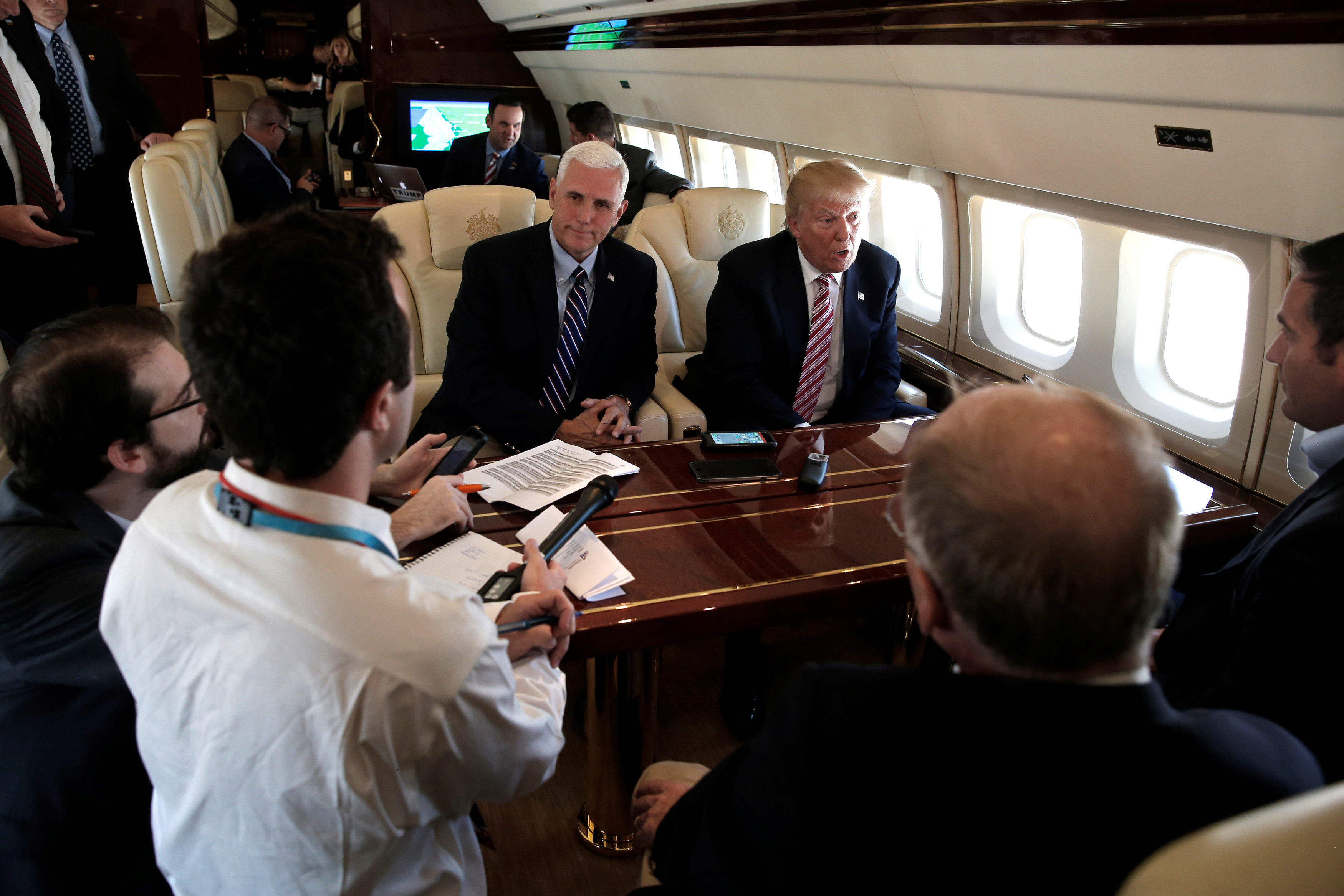 Republican nominee Donald Trump told reporters aboard his campaign plane Monday that he plans to participate in all three presidential debates—a shift from earlier this summer, when he suggested there was a chance he might not attend.

“As of this moment, yeah,” Trump said, in response to a question about his participation.

Asked what could cause him to change his mind, Trump replied: “Um, hurricanes, natural disaster … no, I expect to do all three.”

Trump’s comments Monday come weeks after he suggested he would need to “see the conditions” before committing to participate. The GOP business mogul also complained earlier this summer that two of the debates were scheduled on the same nights as NFL games, saying Clinton and the Democrats were trying to “rig the debates.”

“I look forward to the debates,” he continued. “I mean, I think it’s an important element of what we’re doing. I think you have an obligation to do the debates. I did them in other cases—we had, I guess, 11 debates.”

Trump attended all the Republican primary debates except one: claiming concerns about moderator Megyn Kelly, Trump skipped the Fox News debate in January shortly before the Iowa caucuses.

“I like them,” he said. “I respect the moderators. I do respect them.”