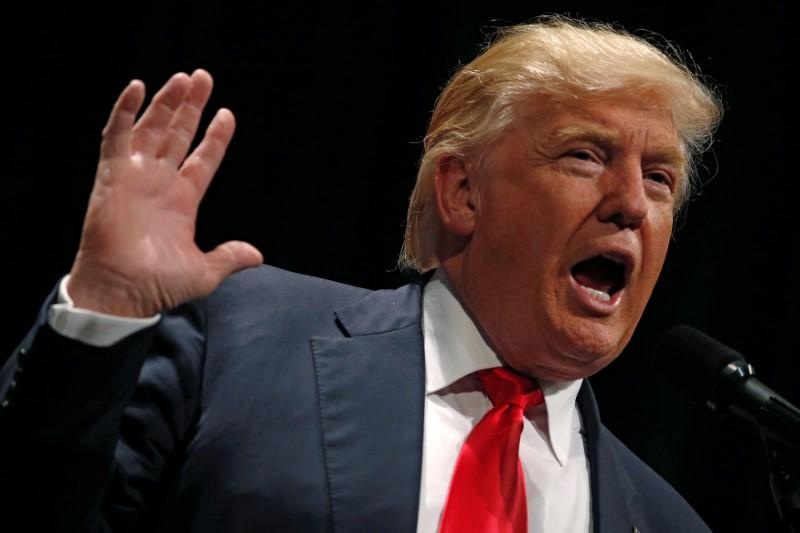 Donald Trump has watched the parade of Republicans condemning his vulgar comments about women, heard on a 2005 tape released Friday, and while he has not spoken publicly about the tape or the reaction to it, he has been tweeting and re-tweeting. He’s calling them “self-righteous hypocrites” and predicting it’ll be their poll numbers that will drop.

He also touted a Breitbart interview with Juanita Broaddrick, who has accused Bill Clinton of raping her. (Breitbart’s publisher is Trump’s campaign CEO.)

He retweeted the tweets of supporters, including minority and women supporters.

And he retweeted a poll (below) that showed him up a couple of points Sunday, a daily tracking poll by USC Dornsife/Los Angeles Times “Daybreak” poll. However, that poll is not a snapshot on its own of the immediate responses to breaking news -- rather, each day, the pollsters here publish an average -- the poll’s description reads, “These charts are updated daily (just after midnight) with an average of all of the prior week’s responses.” So in this case, Saturday’s results -- after the news of the tape broke, are averaged with every day’s results going back to the prior Saturday, before the release of the tape.