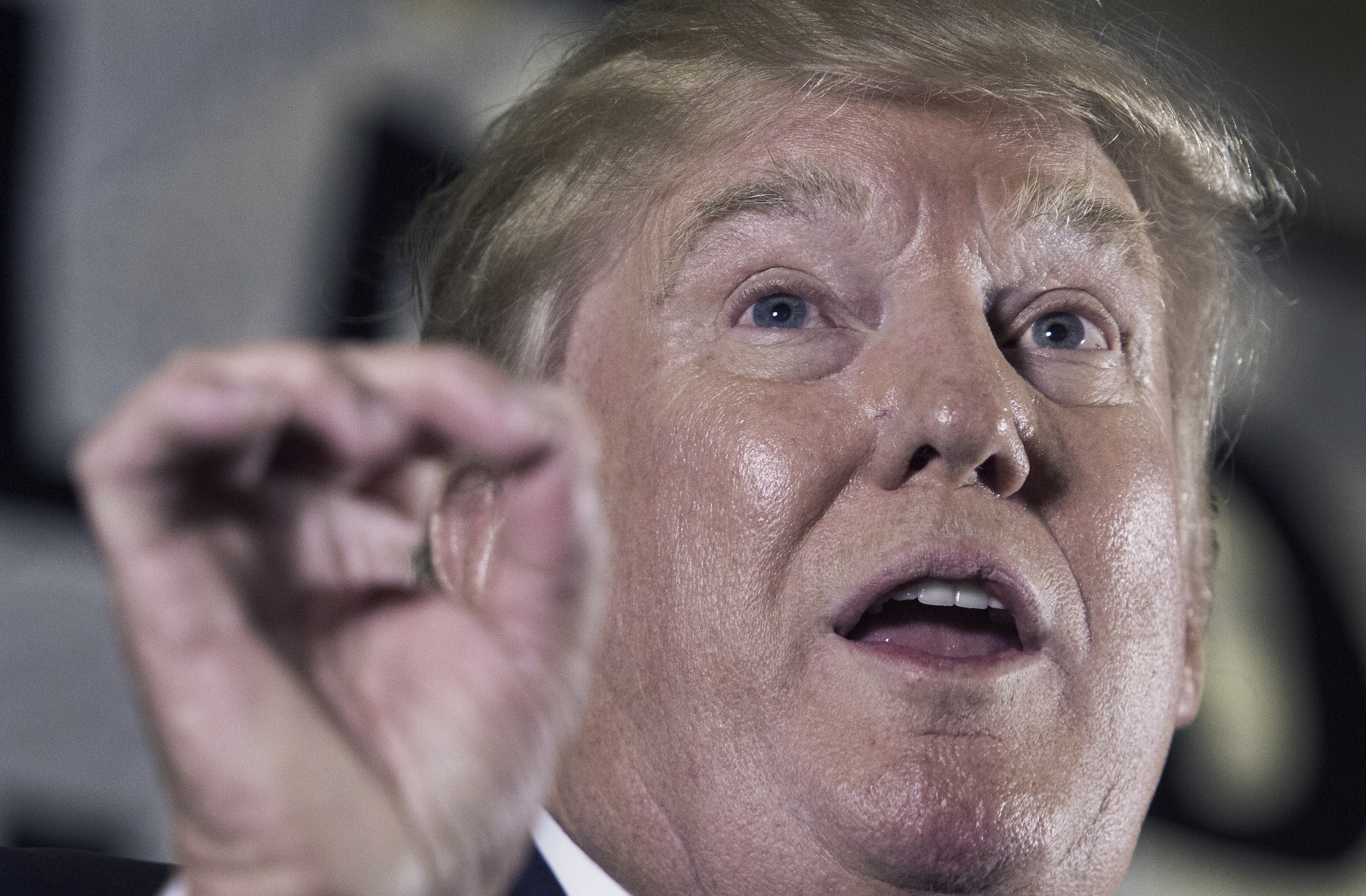 After weeks of criticism for a speech in which he called Mexican immigrants criminals and "rapists," Republican presidential candidate Donald Trump is firing back at some of his conservative critics.

Trump was asked during an interview Wednesday on MSNBC about right-leaning commentators like George Will, Jonah Goldberg, and Charles Krauthammer who have dismissed his candidacy. He was asked specifically about Krauthammer, who called him a "rodeo clown."

"Well, Charles Krauthammer is a totally overrated person who really dislikes me personally," Trump replied. "I never met him. But, I mean, he's a totally overrated guy, doesn't know what he's doing. He was totally in favor of the war in Iraq. He wanted to go into Iraq. And he wanted to, you know, stay there forever. So, you know, these are overrated people. I mean, you can mention name after name. By the way, you gonna mention the ones that do like Trump? You don't do that, do you?"

"I'm a failed man," Trump scoffed. "I went to the best school, got the best - great marks, everything else. I went out. I made a fortune, a big fortune, a tremendous fortune. I'll be announcing that in about a week. Because I have to file my papers. Bigger than people even understand ... And then, I get called by a guy that can't buy a pair of pants, I get called names? Gimme a break."

It's not clear whether Trump was referring to Krauthammer, who is a paraplegic confined to a wheelchair, with his remark about a "guy that can't buy a pair of pants."

Trump's inflammatory comments have taken a toll on his business interests, leading several companies -- including NBC, Univision, and Macy's -- to sever their ties with him. They've also been roundly criticized by political figures across the ideological spectrum, including many of Trump's fellow GOP candidates, and they've drawn the ire of numerous Latino and immigration advocacy organizations.

Trump hasn't shown much concern about whatever damage the remarks have done, however. In his interview on MSNBC, he predicted confidently that his candidacy prevail among Latino voters in the end.