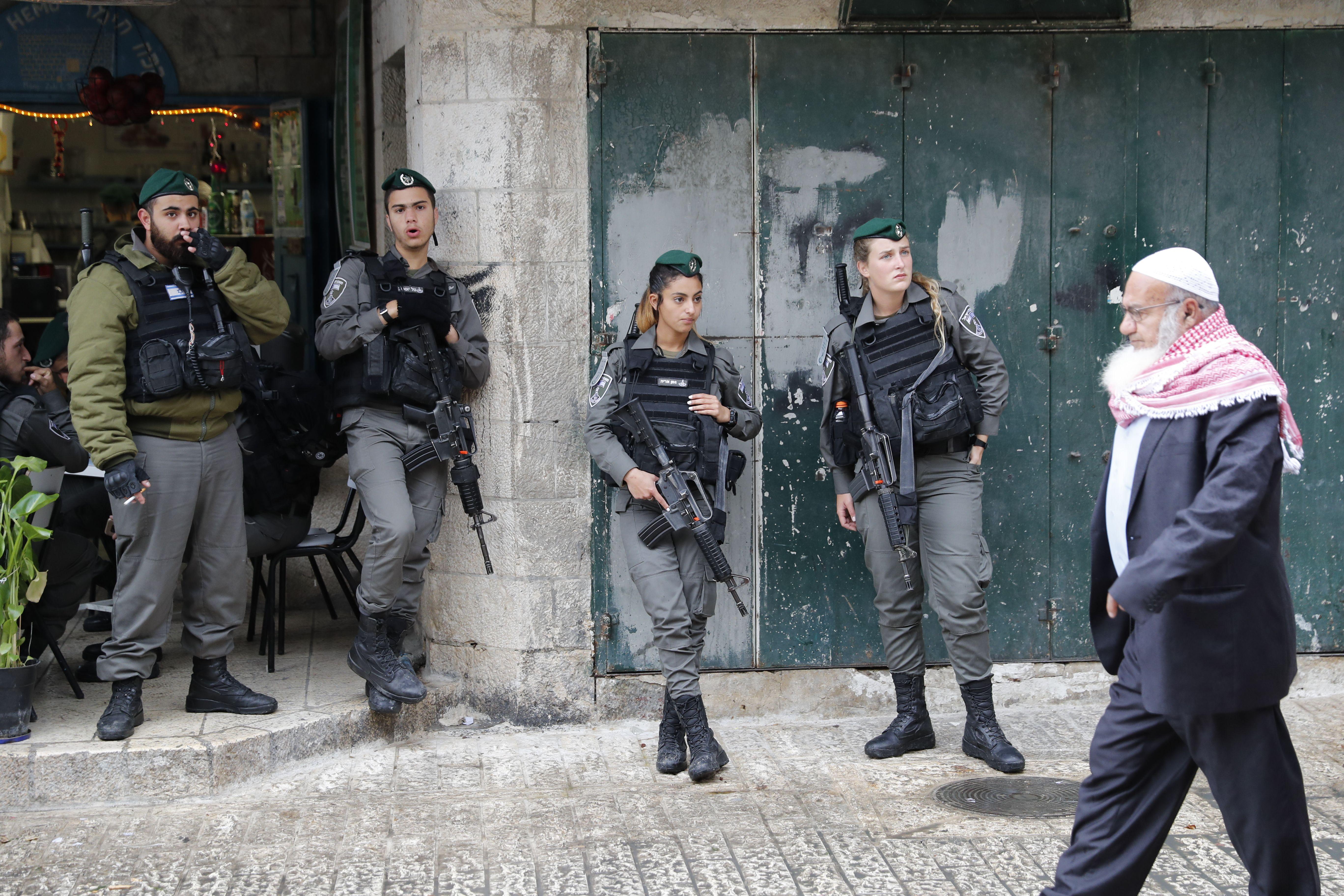 Turkey's Foreign Minister said Wednesday morning that "the whole world is against" President Donald Trump's decision to move the U.S. Embassy in Israel from Tel Aviv to the disputed city of Jerusalem. The nation's president called on Muslim nations to hold an urgent summit to discuss the highly provocative plans.

Even before White House officials confirmed on Tuesday that Mr. Trump would make the announcement -- recognizing Jerusalem, which both Israelis and Palestinians claim as their rightful capital, as the capital of the Jewish state -- there were concerns of a violent response.

Turkish President Recep Tayyip Erdogan called Wednesday for a summit of the world's primary pan-Islamic body, the Organization of Islamic Cooperation (OIC), in Istanbul on December 13 to discuss the expected U.S. move, according to his spokesman.

Tje spokesman, Ibrahim Kalin, told reporters in Ankara that the meeting would convene, "to display joint action among Islamic countries."

Erdogan said in a speech to Turkey's Parliament on Tuesday that recognition of Jerusalem would be a "red line" for Muslims, and he warned that Turkey could respond by cutting diplomatic ties with Israel.

Palestinians have long desired their own state -- with its capital in Jerusalem.

Jordan and the Palestinians requested an emergency meeting of Arab foreign ministers, meanwhile, to discuss Mr. Trump's plans. The meeting was likely to be convened on Saturday. The Arab League held a delegates-level meeting in Cairo on Tuesday night, with chief Ahmed Abul Gheit saying members had convened, "given the danger of this matter".

Moving the U.S. embassy was one of Mr. Trump's campaign promises. On Tuesday, Palestinian President Mahmoud Abbas said Mr. Trump had told him it was his intention to recognize Jerusalem as Israel's capital. Abbas said he warned the president there would be grave consequences, and possible violence, if he did.

No other country has its embassy in Jerusalem, and some of the United States' most vital allies have expressed serious concerns that unilaterally recognizing the holy city as Israel's capital could have dire consequences, both on the ground and for any chance of a diplomatic settlement to the decades-old Middle East crisis.

CBS News' Seth Doane says it is in the Old City of Jerusalem, which is also sacred to Christians, where you can get a sense of how difficult the real estate would be to carve up. For example, the Western or Wailing Wall is one of the holiest sites for Jews, and beyond that is one of the domes of the Al-Aqsa mosque, one of the most sacred sites for Muslims.

"When you look at a place that is on the verge of an explosion, you do not introduce a flame," said Hanan Ashrawi, who sits on the Palestine Liberation Organization's executive committee. While officials in the Trump administration have said that some of these moves could jump-start peace, Ashrawi grimaced and said they would instead "scuttle peace."

Though Mr. Trump is announcing his intent to move the embassy on Thursday, he will still sign the current waiver which puts off formally moving the compound. He's signing the waiver, senior administration officials said Tuesday night, in order to avoid significant funding cuts, and he will continue to sign waivers as required every six months until the new embassy is open.

The officials said it was a practical impossibility to move the embassy immediately and suggested it would take some time to find a site.

"The president will reiterate how committed he is to peace," a senior administration official said. "While we understand how some parties might react, we are still working on our plan which is not yet ready. We have time to get it right and see how people feel after this news is processed over the next period of time."

Despite the dire warnings from across much of the Middle East, Mr. Trump still got high marks this week at a Jerusalem market.

"I love Trump -- all the market love Trump," one vendor told CBS News.

Eran Lerman called the Palestinians "delusional" if they thought even part of Jerusalem could be theirs. He called the world leaders "wrong" who are lining up against the U.S. making any adjustment in the situation.

"Driving a carving knife across and through and meandering across a living city would be a mistake," Lerman said.

Speaking Wednesday at an event in Jerusalem, where he appeared keen to not trump Mr. Trump's own announcement later in the day, Israeli Prime Minister Benjamin Netanyahu said only that Israel's "historical national identity is receiving important expressions every day, but particularly today."

"I will of course have something to add to this later in the day on an issue related to Jerusalem," added Netanyahu

The U.S. government has warned employees and their families to stay away from parts of Jerusalem, for fear of violence. Last week, U.S. diplomatic posts across the region and further afield were put on high alert as the president considered the decision.