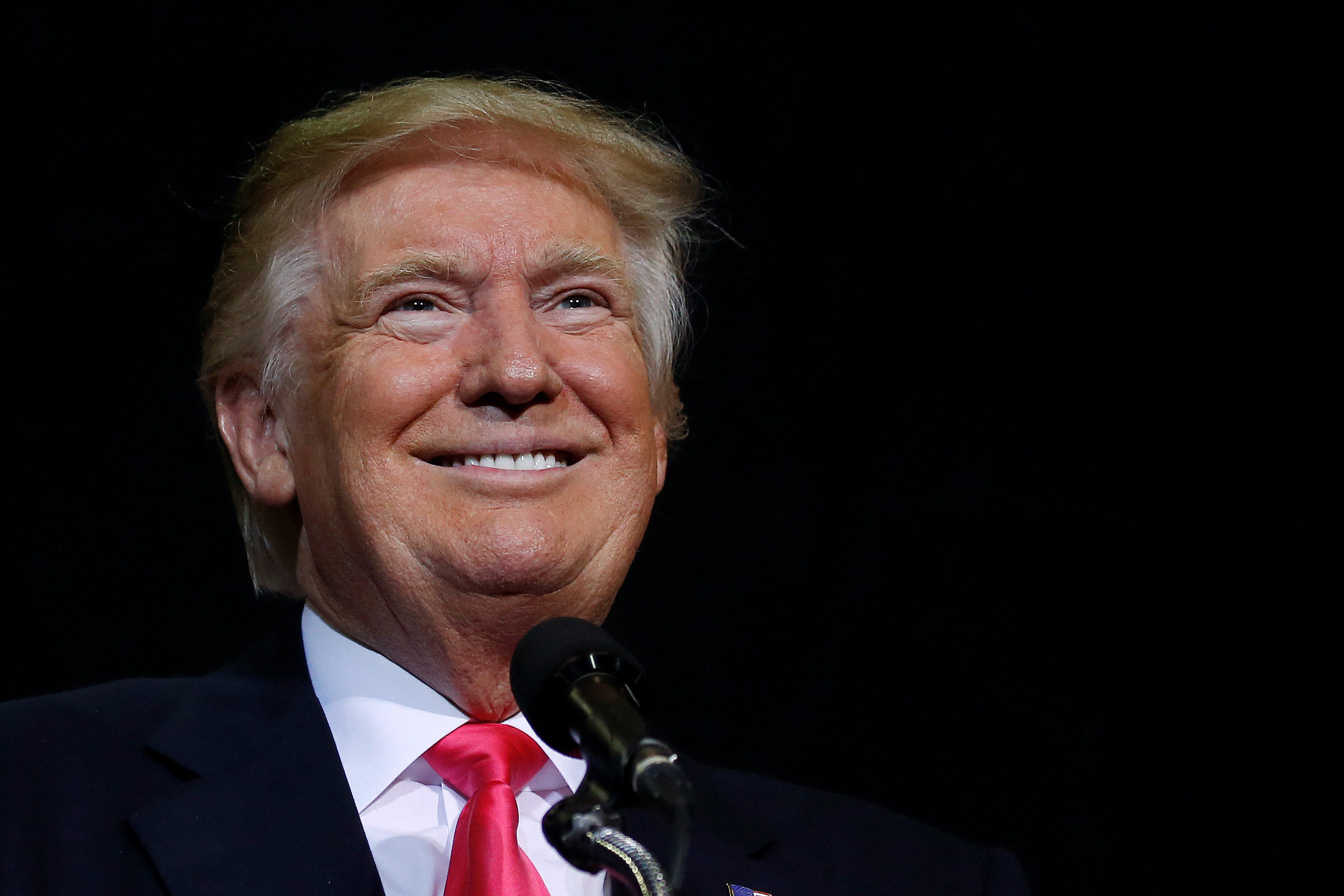 Donald Trump hinted Wednesday that he plans to announce something new or different regarding his immigration policies over the next two weeks.

In an interview with West Palm Beach CBS affiliate WPEC, the GOP presidential nominee was asked to share details about the idea that he plans to soften his proposals.

“Well, I’m going to announce something over the next two weeks, but it’s going to be a very firm policy,” Trump told WPEC.

During a town hall with Fox News’ Sean Hannity on Tuesday, Trump suggested that he might be open to letting some of the undocumented immigrants living in the U.S. stay.

In an interview with CBS’ Major Garrett on Tuesday, Trump’s vice presidential nominee Indiana Gov. Mike Pence was asked what “tough and fair” means when it comes to deportations.

“I think those are issues that will continue to be worked out in the days ahead,” Pence said.

Their remarks signal a major shift from Trump’s previous position of supporting a policy that would lead to the deportation of roughly 11 million undocumented immigrants in the U.S. and only allowing them to re-enter through the legal avenues.

The forthcoming announcement will come not long after the shake-up within his presidential campaign that resulted in the promotion of Kellyanne Conway to campaign manager, the hiring of former Breitbart chief Steve Bannon to be Trump’s CEO and the resignation of former campaign chairman Paul Manafort.