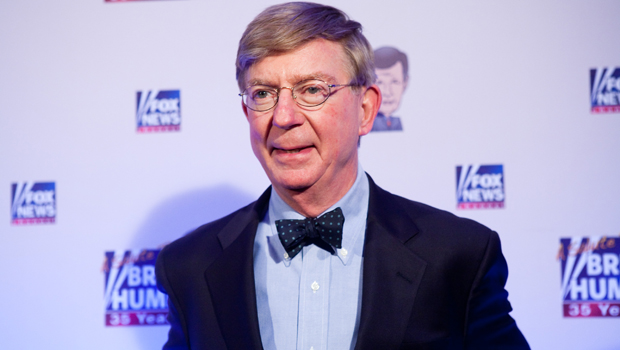 Conservative columnist George Will is joining the exodus of Republicans who are leaving their party because of its presumptive presidential nominee, Donald Trump.

Will, who writes for The Washington Post and is a Fox News contributor, reportedly told the Federalist Society Friday that he was no longer a Republican.

"This is not my party," Will said during a speech at the organization's Washington, D.C., luncheon, according to conservative news outlet PJ Media.

He said that House Speaker Paul Ryan's endorsement of Trump was one of the reasons he jumped the GOP ship and further predicted that Trump in the White House with "no opposition" from a Congress with a Republican majority could spell disaster. That scenario, according to Will, would be even worse than Hillary Clinton in the Oval Office with a Republican Congress.

Later, in an interview with PJ Media, Will said he had switched his party to become "an unaffiliated voter in the state of Maryland."

When asked about floating another possible candidate for the GOP nomination, Will replied: "It looks a little late to me."

He also advised other Republicans to ensure Trump never becomes commander in chief.

"Make sure he loses," Will told the news site. "Grit their teeth for four years and win the White House."

Will, a Pulitzer Prize winner, has long been a vocal critic of Trump, calling him a "counterfeit Republican" and "no conservative" in one Washington Post column back in August.

"He is an affront to anyone devoted to the project William F. Buckley began six decades ago with the founding in 1955 of the National Review -- making conservatism intellectually respectable and politically palatable," Will wrote then.

And in one of his most recent columns with the paper, Will instructed earlier this week that in order for Republicans to "save" their party "don't give to Trump."