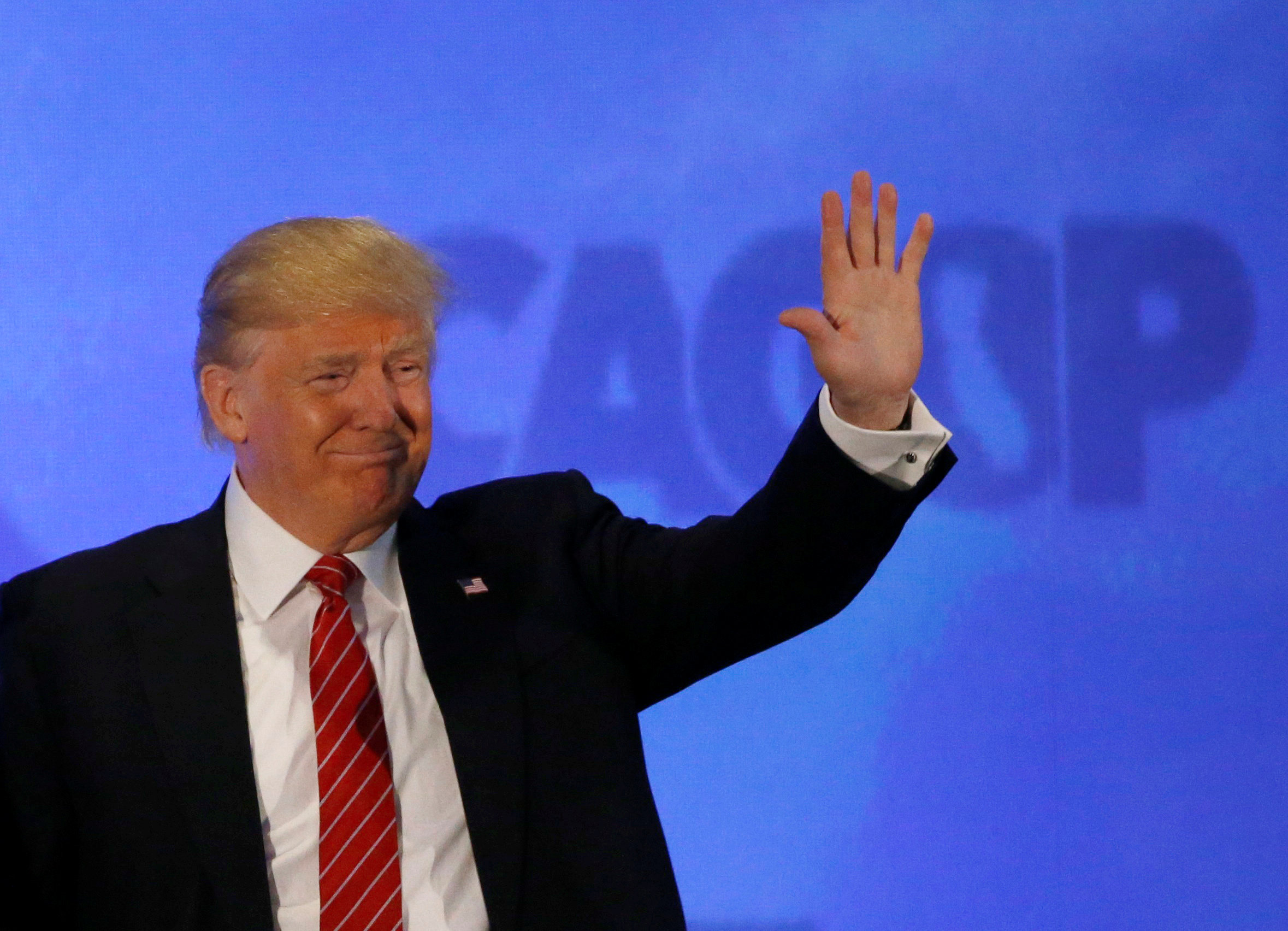 Donald Trump explained the process behind how he tweets in a new interview with Fox News' Megyn Kelly.

"During the day, if I am, I am in the office. I have a number of people that I'll just call out a tweet to. Oh, it's always my writing," the presumptive GOP nominee said in the interview, which aired Tuesday night.

"They'll type it out for me real fast, bring it in, I'll be in a meeting. Blah blah blah, boom, 'Put an exclamation point here,' and they'll send it out," he added.

After 7 or 8 p.m., however, Trump said he takes over the Twitter account and tweets manually from his home. He said when he and Kelly had "our little difficulty," he acknowledged that a number of nasty things were tweeted at her. Trump said he doesn't retweet "the more nasty ones...You would be amazed at the ones I don't retweet."

"Bimbo?" Kelly asked, referring to when Trump retweeted one of his followers that described her that way.

"Did I say that?" Trump asked. "Many times," Kelly responded.

"Oh, okay. Excuse me," he said, laughing, which was followed by a long, awkward pause.

At a CNN town hall in April, Trump admitted, "The retweets get me in trouble. It's not the tweets."

Trump was criticized during the Republican primary for retweeting white supremacists. And in February, Trump came under fire for retweeting a tweet from a Twitter account named after Benito Mussolini that quoted the late Italian fascist dictator.

The account, which regularly tweeted Mussolini quotes at Trump in an effort to get the businessman to retweet them, had been created by Gawker as a prank.