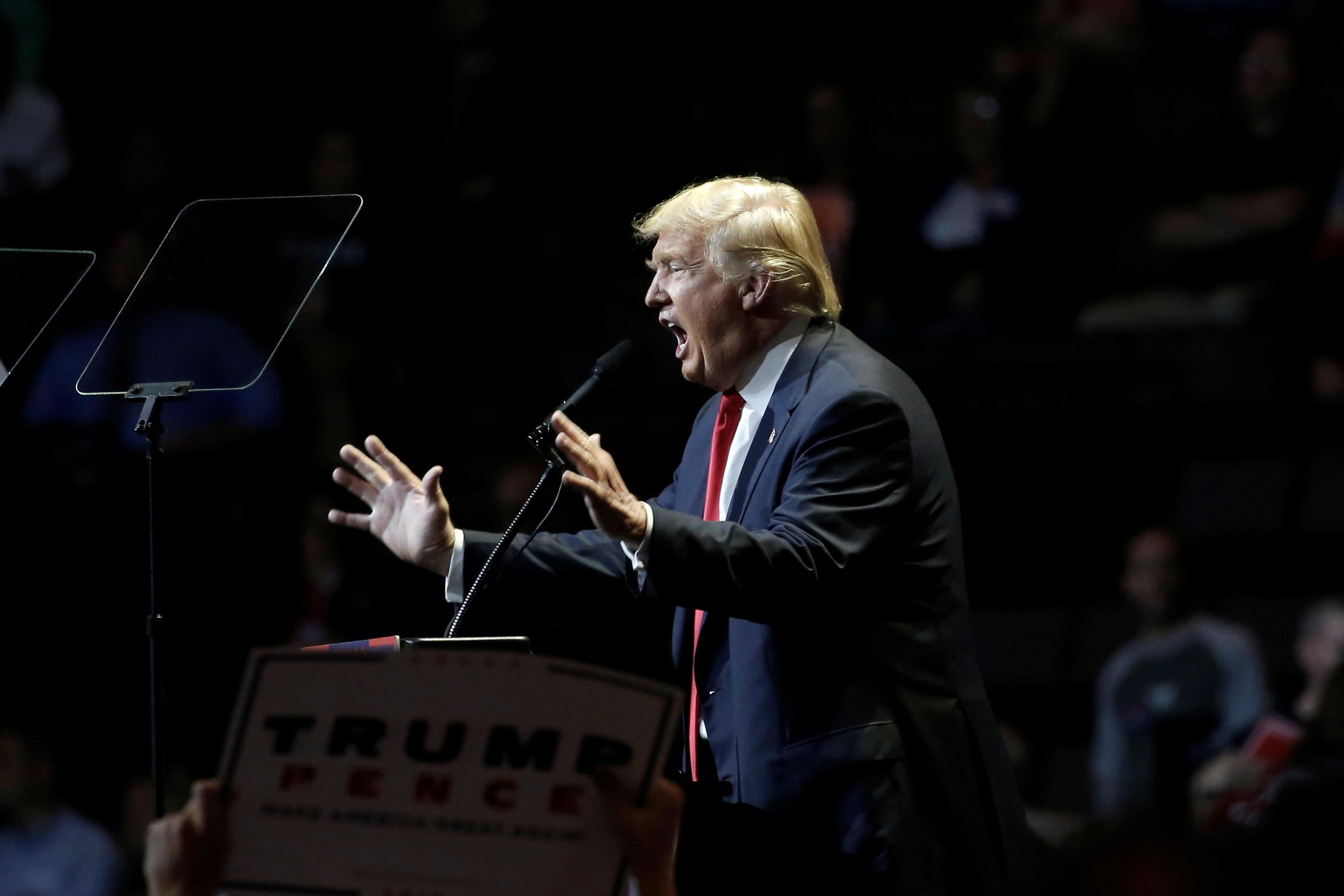 Donald Trump is defending himself against sexual assault allegations by launching new attacks against the accusers and the media.

With the election just 25 days away, the latest national poll shows Hillary Clinton leading Trump by seven points – 45 to 38 percent – when third party candidates are included. The poll also finds nearly half of Republicans would like someone else as their party’s nominee.

Trump told supporters Thursday that reports of him groping or kissing women against their will are “pure fiction” and “outright lies,” reports CBS News correspondent Major Garrett.

In front of a rowdy crowd of nearly 15,000, Donald Trump said what supporters have angrily chanted for months.

“She should be locked up, she should,” he said at a rally in Cincinnati.

“These attacks are orchestrated by the Clintons and their media allies. The only thing Hillary Clinton has going for herself is the press,” Trump said.

Trump denied the claim from People magazine writer Natasha Stoynoff, who wrote Trump “…pushed her up against a wall and forced his tongue down her throat” while his pregnant third wife, Melania, was upstairs changing for a photoshoot for the couple’s one year anniversary.

Trump implied the writer wasn’t really his type – the sort of objectification at the core of many allegations against him.

Despite days of criticism and negative publicity, Trump supporters in Florida told us they couldn’t care less.

“We are electing a president, we are not electing someone for a husband,” said one supporter, Cary Hartigan.

“If it is true, it is true, but when everything is set aside, it is more about saving this country than anything else,” said another supporter, Seth Hartigan.

Trump’s campaign is now pulling staff from Virginia, a state they previously hoped to win where Clinton is now more than seven points ahead. The official campaign statement is that they “remain absolutely committed to winning in Virginia” and are moving staff “strategically to accommodate early voting in nearby priority states such as North Carolina.”