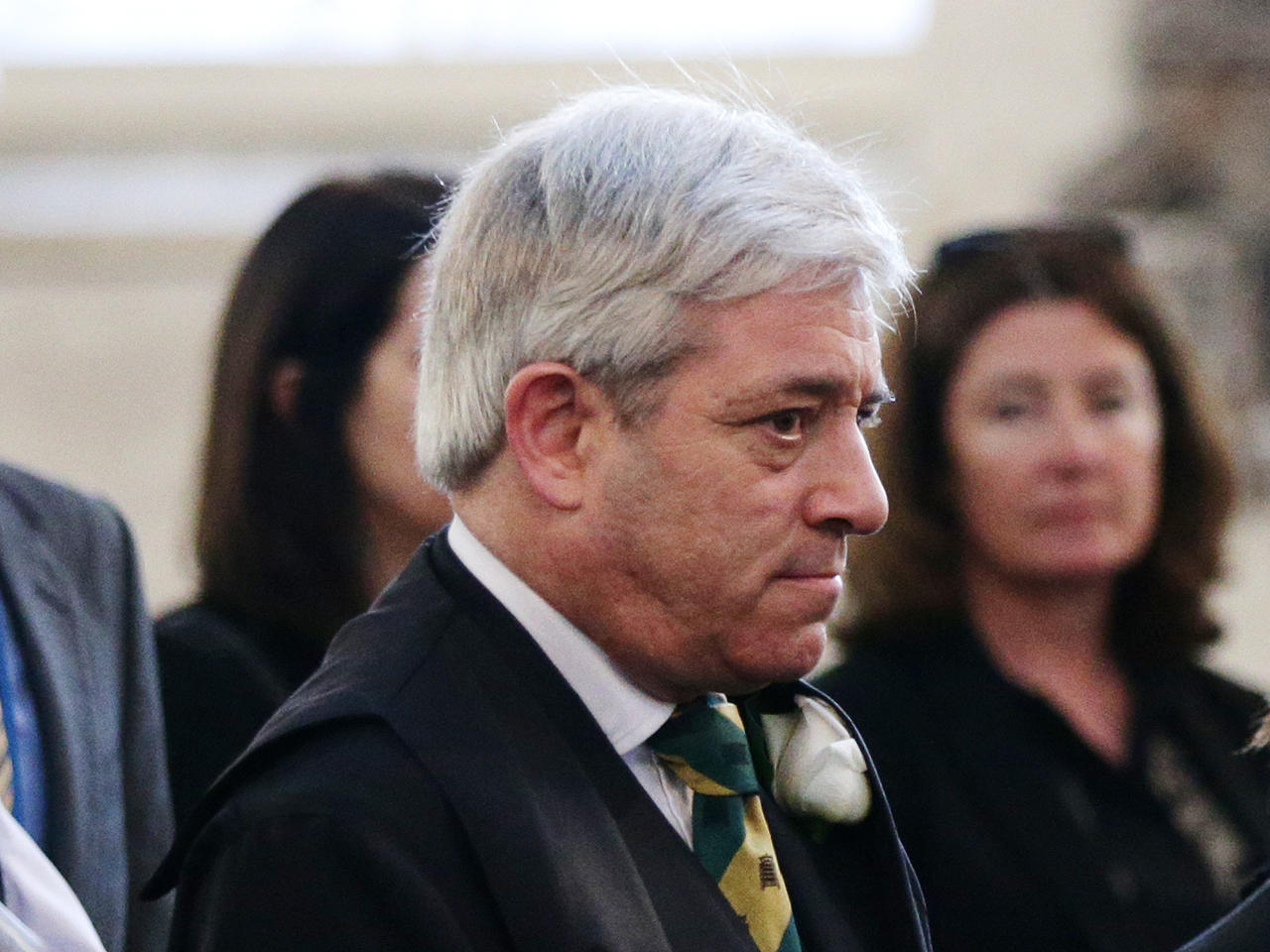 LONDON -- The Speaker of Britain’s House of Commons said Monday that President Trump should not be allowed to address both houses of the Parliament during his expected state visit this year.

The dates of the official visit are not set, but an invitation has been extended to Mr. Trump. Custom calls for official visitors to address Parliament -- but this time, it’s being met with opposition.

It was a surprisingly strong statement of opinion from a man who occupies a role in the British legislature -- that of Speaker of the House -- that is supposed to remain impartial.  But it went down well with many parliamentarians.

Prime Minister Theresa May, however, who appeared to hit it off with Mr. Trump on her official visit to the U.S. last month, has stressed the U.K.-U.S. partnership remains strong.

“We should engage patiently and constructively with America as a friend and ally -- an ally that has helped guarantee the longest period of peace that Europe has ever known,” May said.

A statement released by her office said the new U.S. leader would be coming to London as expected, but that the “dates and arrangements for the State Visit will be worked out in due course.”

That may be so, but many Britons do object to President Trump’s policies, and in particular his executive order suspending immigration from seven Muslim-majority countries.

There have already been anti-Trump demonstrations in Britain, and an online petition calling on the U.K. government to deny the president the honor of an official state visit has garnered more than 1.8 million signatures.

Other parliamentarians, however, took issue with the public, partisan stance of a Speaker of the House of Commons.

There have been controversial state visits before; Chinese President Xi Jinping in 2015 faced opposition for his country’s human rights abuses. But he got to address parliament -- and dine with Queen Elizabeth II.

It is precisely that level of British pomp and ceremony that President Trump can expect, if and when he comes.

Meanwhile, any petition that garners over 100,000 signatures on the U.K. government’s website must be debated by parliament. The debate over the petition seeking to deny Mr. Trump a state visit -- the one that almost 1.9 million people have signed -- will continue in full force on February 20.

Another petition, calling on the U.K. government to extend Mr. Trump an official state visit, currently has about 304,000 signatures.