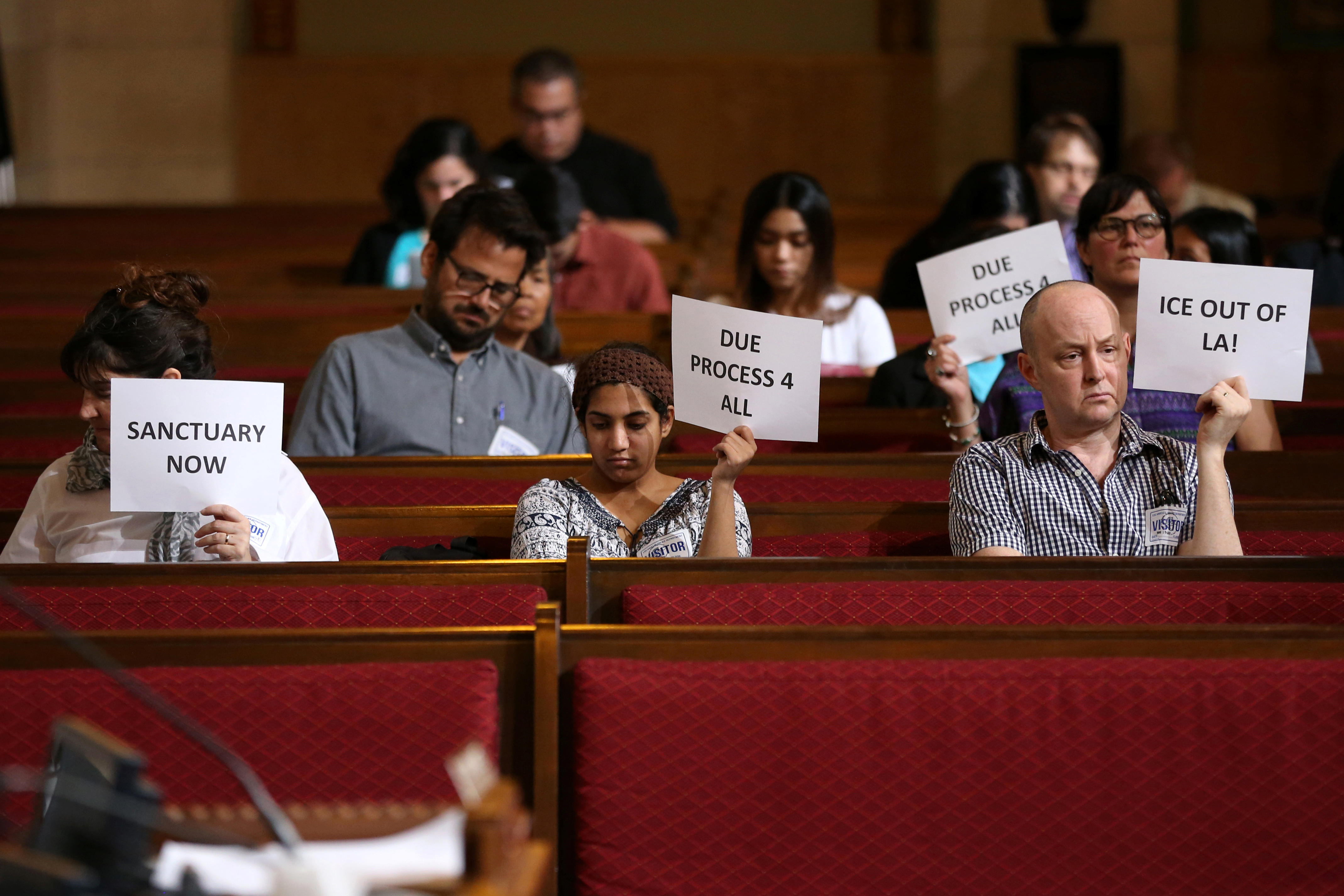 The Trump administration intensified its threats to crack down on so-called sanctuary cities that refuse to comply with federal immigration authorities, warning nine jurisdictions Friday that they may lose coveted law enforcement grant money unless they document their cooperation.

It sent letters to officials in California and major cities including New York, Chicago, Philadelphia and New Orleans, all places the Justice Department’s inspector general has identified as limiting the information local law enforcement can provide to federal immigration authorities about those in their custody.

Attorney General Jeff Sessions has warned that the administration will punish communities that refuse to cooperate with efforts to find and deport immigrants in the country illegally. But some of the localities continued to resist federal pressure, despite risking the loss of funds that police agencies use to pay for everything from body cameras to bulletproof vests.

“We’re not going to cave to these threats,” Milwaukee County Supervisor Marina Dimitrijevic said, promising a legal fight if the money is pulled.

Playing off Sessions’ recent comments that sanctuary cities undermine the fight against gangs, the Justice Department said the communities under financial threat are “crumbling under the weight of illegal immigration and violent crime.”

After a raid led to the arrests of 11 MS-13 gang members in California’s Bay Area “city officials seemed more concerned with reassuring illegal immigrants that the raid was unrelated to immigration than with warning other MS-13 members that they were next,” the department said in a statement.

The federal law in question says state and local governments may not prohibit police or sheriffs from sharing information about a person’s immigration status with federal authorities. Friday’s letters warn officials they must provide proof from an attorney that they are following the law.

The money could be withheld in the future, or terminated, if local officials fail to show proof, wrote Alan R. Hanson, acting head of the Office of Justice Programs. The grant program is the leading source of federal justice funding to states and local communities.

Leaders in Chicago and Cook County, which shared a grant of more than $2.3 million in 2016, dismissed the threat. So did the mayor’s office in New York City, which received $4.3 million. The Justice Department pointed to Chicago’s rise in homicides and said New York’s gang killings were the “predictable consequence of the city’s soft-on-crime stance.”

O’Neill pointed to statistics showing that 2016 saw fewer shootings in New York City since they began keeping records, and year-to-date, shootings are down 17 percent, he argued. Since 1993, murder, shootings and overall crime have dramatically decreased, he added.

They were singled out in a May 2016 report by the Justice Department’s inspector general that found local policies or rules could interfere with providing information to immigration agents. Following the report, the Obama administration warned cities that they could miss out on grant money if they did not comply with the law, but it never actually withheld funds.

The report pointed to a Milwaukee County rule that immigration detention requests be honored only if the person has been convicted of one felony or two misdemeanors, has been charged with domestic violence or drunken driving, is a gang member, or is on a terrorist watch list, among other constraints.

It also took issue with a New Orleans Police Department policy that it said might hinder communication with Immigration and Customs Enforcement. That city received nearly $266,000 in grant money through the program in fiscal year 2016. New Orleans has used Justice Department funding to pay for testing DNA kits, police body cameras, attorneys for domestic violence victims and other expenses.

“We don’t think there’s a problem,” he said.

Butterworth said the New Orleans Police Department has seen a 28 percent drop in calls for service from people with limited English since November.

“People are scared, and because of that, they’re less willing to report crime,” Butterworth added.

Other places also insisted they were in compliance. Clark County Sheriff Joe Lombardo, the elected head of the Las Vegas Metropolitan Police Department, said the city and county were wrongly labeled sanctuary cities.

“Milwaukee County has its challenges but they are not caused by illegal immigration,” he said in a statement. “My far greater concern is the proactive dissemination of misinformation, fear, and intolerance.”