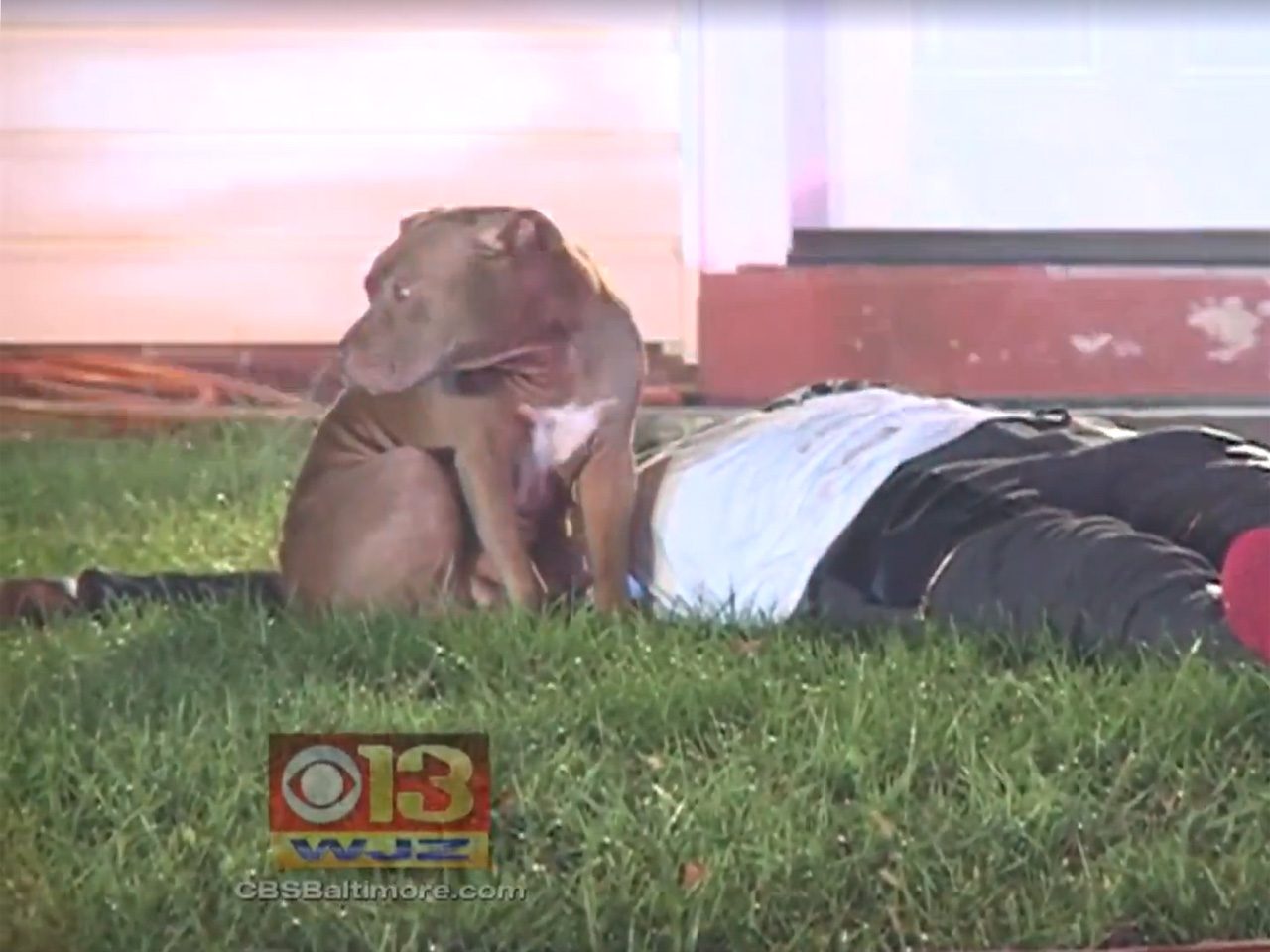 LANDOVER, Md. -- A dog refused to leave its owner after she was injured in a house fire that happened early Wednesday morning in Landover, Maryland, CBS Baltimore reports.

"She's always been like that," said April Newell, owner of the pit bull caught in the heartwarming image of man's best friend.

Newell suffered minor injuries after the home went up in flames, and her father was hospitalized for smoke inhalation and burns.

Newell told CBS Baltimore's Tracey Leong that her dog, Precious, is very protective and rarely leaves her side. "It hurts so much, and I wish she was right here beside me as I'm talking to you."

The two-year-old pit bull was taken to the local shelter while Newell was being treated at an area hospital.

Since pit bulls are banned in Prince George's County, the owner will have to relocate her loyal companion.

It has been illegal to own a pit bull in Prince George's County for nearly two decades. Violators could face a $1,000 fine and jail time.

"My heart broke, it melted when I saw that," said Sandra Hamorsky, Maryland Dog Federation.

Hamorsky, the spokesperson for the Maryland Dog Federation, is fighting to get the ban lifted. After seeing the touching video, she along with Precious' owner hope lawmakers will rethink the ban.

"When it comes right down to it, a dog is a dog is a dog. And when you look at the video, you have a dog doing what any dog would do, and that's protect its owner," said Hamorsky.

Several other animals were also rescued from the home.

Newell will be picking up Precious Thursday, and then looking for a new place to stay.

Police do not plan on pressing charges against the owner.

Watch Live: Biden pushes for unity in State of the Union as he speaks to divided Congress