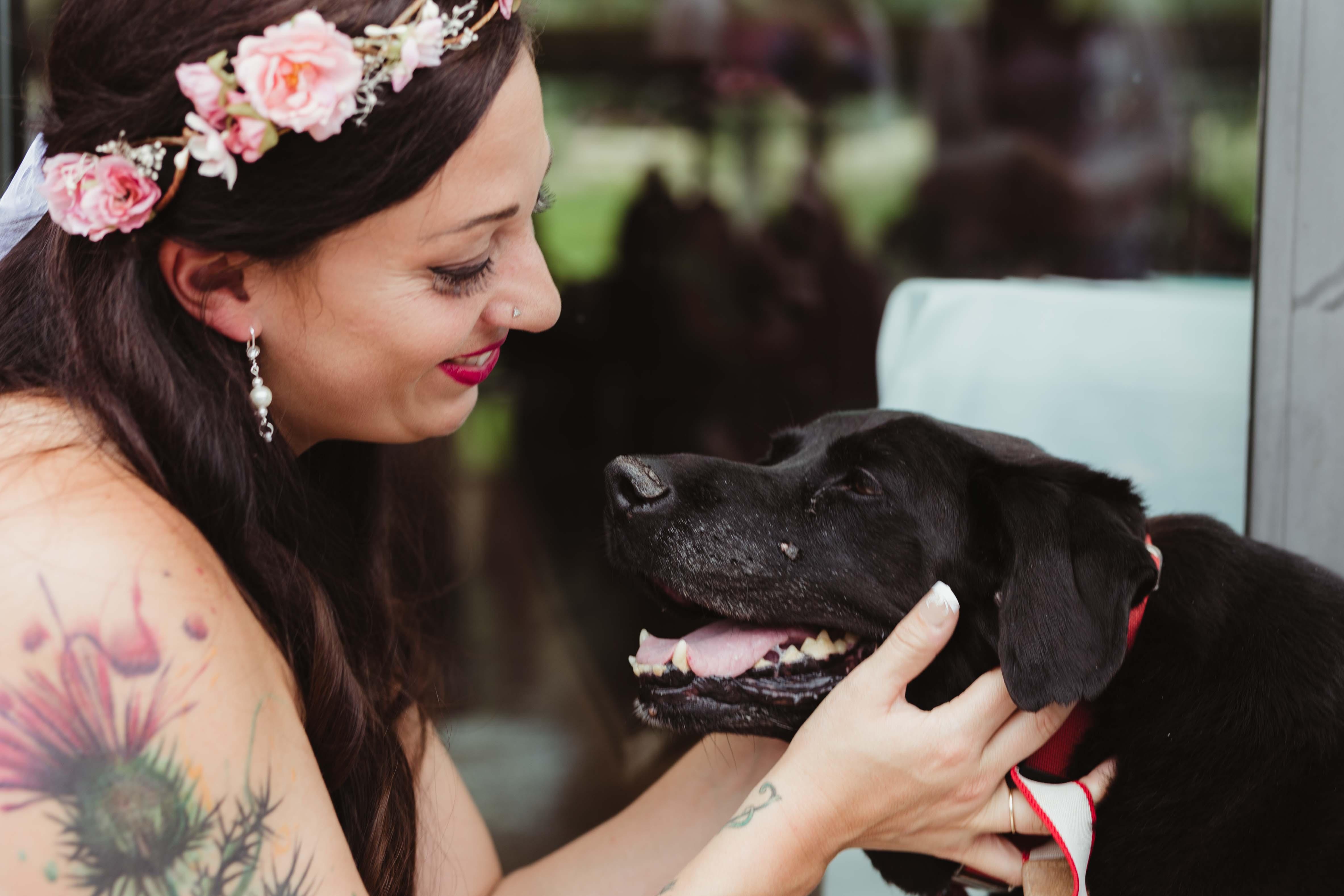 Kelly O’Connell adopted Charlie Bear when he was just 12 weeks old. She was working at an animal shelter, while studying to become a veterinarian, when the small black labrador puppy was discovered abandoned outside a grocery store and brought in.

Though O’Connell was still in school and living at home with her parents at the time -- hardly the ideal scenario for adopting a new dog -- she knew that she and Charlie Bear were meant to be together the second she saw him, and threw caution to the wind.

The pair grew up together. They moved from New York to Colorado together. And in 2010, when O’Connell met and fell in love with fellow veterinarian James Garvin, they both moved in with Garvin and his two sons.

Life was good. They had each other. They had a family. Garvin and O’Connell even got engaged to be married.

He was surely suffering, but the 15-year-old black lab hung on just long enough to see his best friend marry the love of her life.

On September 1, 2016, Charlie Bear walked down the aisle and lay next to Kelly as she took her vows. He even seemed to smile as he looked on. When it was time to walk back, however, Charlie simply couldn’t summon the strength.

So, Kelly’s sister and Maid of Honor, Katie O’Connell, bent down and lifted the 80-pound dog into her arms.

“Everyone was crying, myself included,” wedding photographer Jen Dziuvenis told CBS News. “I think everyone was a little bit shocked. Katie is a tiny woman and Charlie is an 80-pound dog, but there was no way she was going to leave him there.”

Katie carried Charlie all the way down the aisle, as a groomsman walked one of the couple’s other five dogs by her side.

Charlie Bear was put to sleep on September 9th, just a little over a week later. He passed peacefully, surrounded by his family in front of the fireplace in their home.