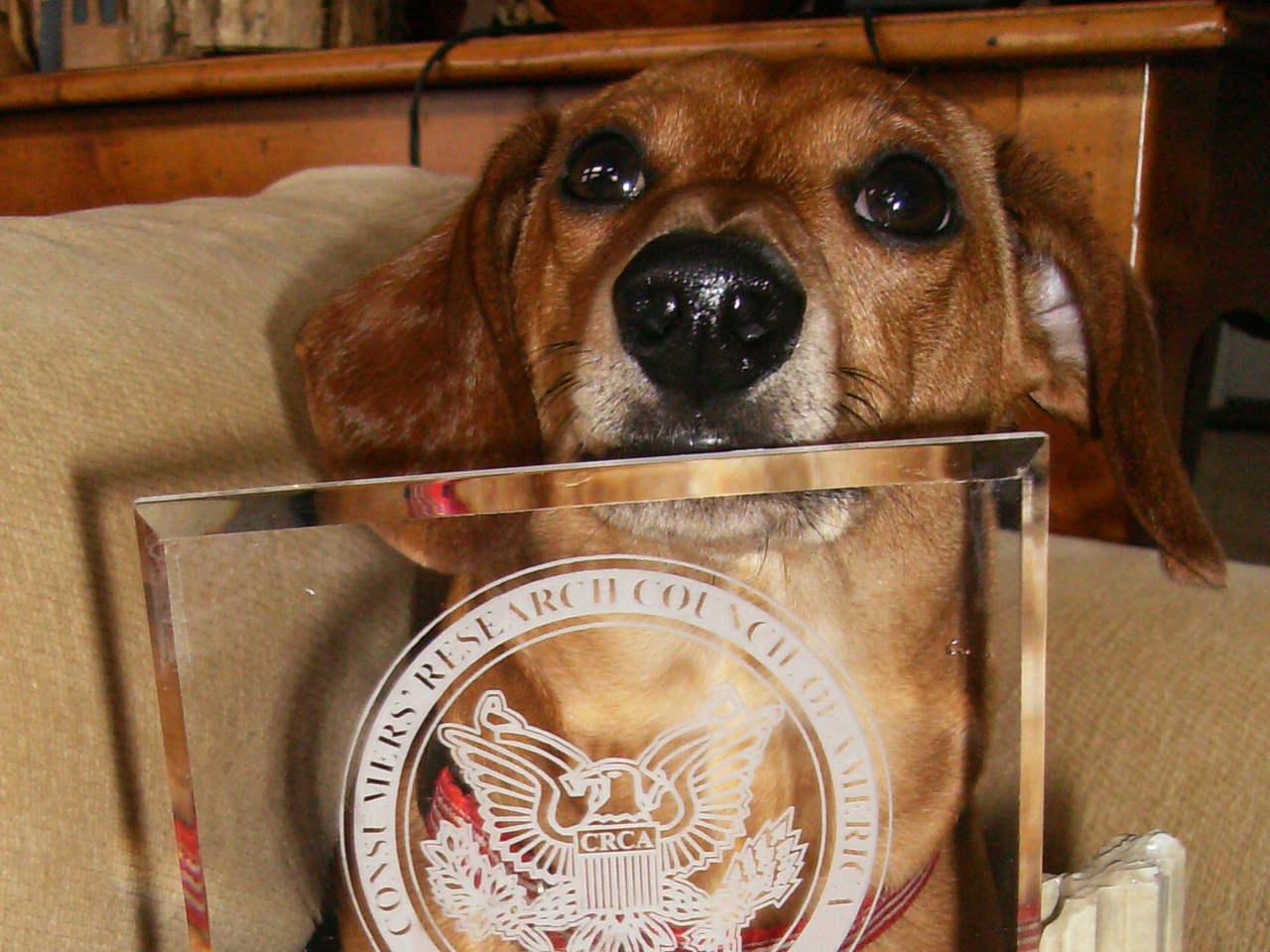 (MoneyWatch) This fall, Medical Economics Magazine will come out with its 2013 list of Best Financial Advisors for Doctors. Unfortunately, my dog, Max, won't be listed. That is not to say he couldn't have been since he was "absolutely" invited. This amusing yet cautionary tale might just save you from being fooled into thinking you are dealing with a top advisor in any field.

According to the publication, Medical Economics Magazine is the leading business resource for office-based physicians with a circulation of more than 175,000 copies. Indeed, being listed as a top financial advisor in this publication would enhance any advisor's credibility as well as reach a high income readership. One local advisor, active in the Financial Planning Association, often mentions this prestigious award that he has received year after year.

The NAPFA organization of fee-only financial planners has issued press releases when member advisors make this annual list. In fact, in 2008, it touted that 52 of the 150 listed advisors were NAPFA members. More on this in a bit.

With that kind of hoopla, I made the assumption that there was at least some rigor in selecting the advisors each year. I began questioning that assumption this summer when I started receiving emails and a call soliciting whether I wanted such a listing. The email and call came from a company called Advanstar Medical Communications Group.

Realizing that prestigious awards are usually not solicited by the organization bestowing the award, my increasingly suspicious curiosity was piqued. So, I thought I'd see just want I needed to do. The rep informed me that to secure a coveted slot on the list of honorees, I only needed to pay $750 and not have a complaint filed against me -- a bold listing would cost $1,000. There wasn't even the illusion that some committee would pretend to vet my qualifications.

I confirmed this in an email and got a quick call back asking if I was ready to buy my listing. We chatted for a while and I followed up with a short email recapping our conversation. I wrote:

"As mentioned, my practice is going pretty well but I'm thinking of buying this honor for a great friend, Maxwell Tailwagger. He is very ethical and, as long as there is no FINRA complaint against him (and I'm sure there aren't), can I buy a listing for him?"

"You may absolutely buy a listing for Maxwell. We take all credit cards except Discover."

Maxwell Tailwagger, also known as Max, is my five year old Dachshund. Not to brag, but he happens to be pretty well known in the financial advisory world, having received a plaque as one of 2009 America's Top Financial Planners by the Consumers' Research Council of America, and has appeared in several books including Pound Foolish and Money for Life.

Now before you scoff, I happen to think Max has many traits of a top financial advisor. He didn't panic and sell stocks during the financial crisis because Max prefers chasing tennis balls to performance. He has no use for financial media unless it's in a newspaper or magazine he can shred. Mad Money's Jim Cramer puts him to sleep, except when Cramer makes that bell sound effect and then Max starts barking at the imaginary visitors at our front door. Max is a CFP (Canine Financial Planner) who is quite respected by his peers. Colorado Securities Commissioner Fred Joseph commented to me "Once again, Max is gaining national notoriety for his astute, and almost superhuman, abilities in the financial arena."

I didn't actually shell out the $750 for this listing and it's possible they may have done a search to make sure he had some financial licenses. Last year's list of best financial advisors was labeled as an "advertising supplement" and the fine print stated these were "paid listings." Advanstar accepted no liability stemming from the use of this information.

Eventually, I disclosed to Advanstar that Max was my dog and I planned to write about it for CBS MoneyWatch. I asked repeatedly whether Advanstar felt it was misleading to their 175,381 readers not to disclose that the only two qualifications for the listing were to pay the fee and not have a complaint against them. No response was received, though one manager asked me "Is this a joke?" Unfortunately, it isn't.

Prestigious awards and listings are for sale in many different vocations -- the financial advisory business is no exception. Finding out whether an award is real or purchased is not easy. Medical Economics Top Financial Advisors for Doctors fooled me for years, as it apparently did NAPFA as well. In 2009, James Putman, then the NAPFA chairman who touted this Medical Economics award, was charged by the SEC for securities fraud in taking kickbacks. No recent NAPFA press releases were found, though some NAPFA members still include this award on their web site. NAPFA spokesperson Laura Fisher told me "NAPFA no longer promotes the Medical Economics Top Advisors for Doctors list. We felt promoting a list that included brokers was inconsistent with NAPFA's mission to advance the fee-only profession."

When your advisor (financial or otherwise) name drops an honor to you, congratulate him and then ask how he achieved the award. Ask how many nominees versus award recipients there were. What were the criteria for selection and how were they nominated. Ask if they had to pay for the honor. Then get online and check out the organization.

If your advisor is buying credibility, do you really want to trust your financial future to her?