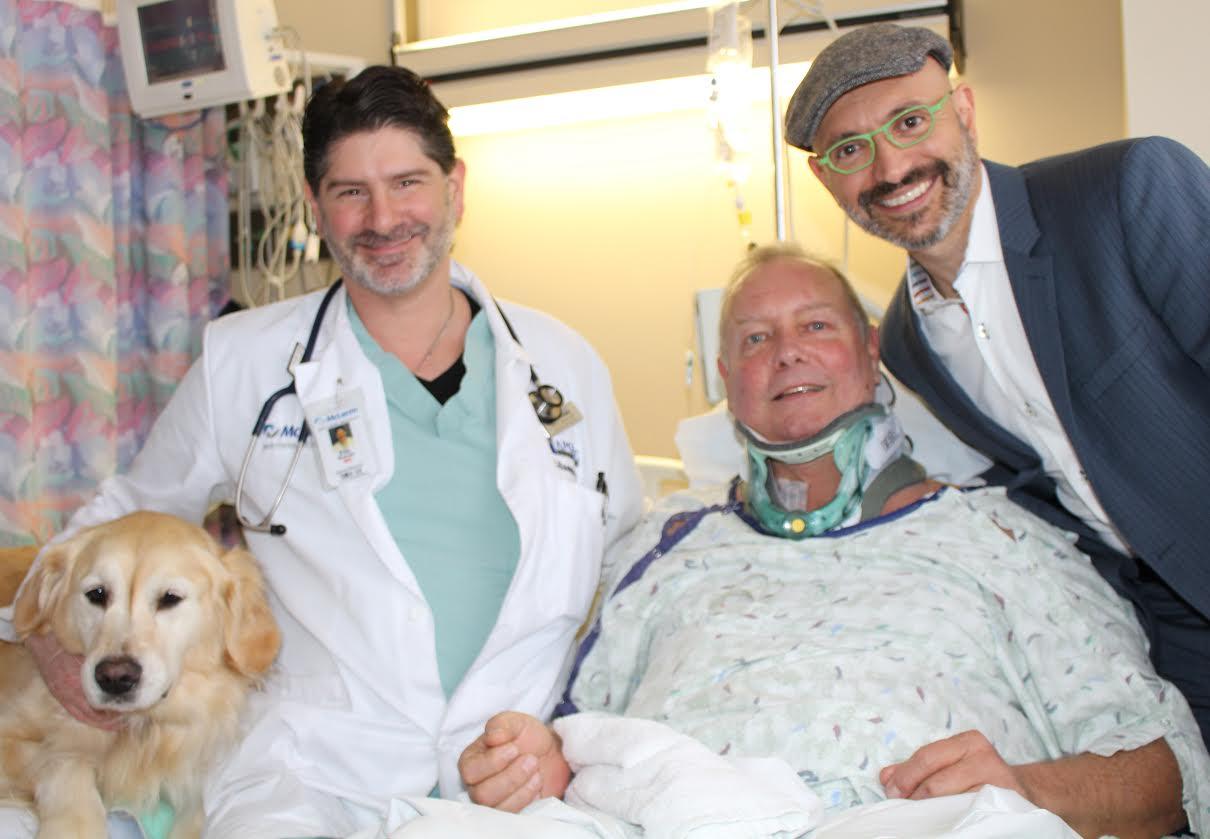 What was supposed to be a night of celebrations quickly turned into a nightmare for a northern Michigan man as he lay helpless in the snow for nearly 20 hours on New Year’s Eve.

About an hour before the big countdown, Bob ran out of his house in pajamas and slippers to grab another log for his fireplace when he slipped and fell, breaking his neck.

He tried to scream for help, but the only one who heard his cry was his Golden Retriever, Kelsey.

“I was screaming for help but my nearest neighbor is about a quarter mile away and it was 10:30 p.m., but my Kelsey came,” explained Bob, according to a statement sent to CBS News by McLaren Northern Michigan hospital. “By morning my voice was gone and I couldn’t yell for help, but Kelsey didn’t stop barking.”

The temperature dipped to 24 degrees as Bob lay paralyzed in the snow, Kelsey still barking by his side. The dog prevented Bob from falling victim to hypothermia by lying on top of him and licking his face and hands to keep him awake.

“She kept barking for help but never left my side,” Bob said. “She kept me warm and alert. I knew I had to persevere through this and that it was my choice to stay alive.”

Eventually, he lost consciousness. But the silence didn’t stop Kelsey from barking, and eventually the dog’s efforts paid off.

The next day, Bob’s neighbor found him and called 911.

By the time he arrived at the McLaren Northern Michigan Emergency Department in Petoskey, Michigan, he was hypothermic — with a core body temperature under 70 degrees Fahrenheit, the hospital told CBS News.

“I was surprised to find out that I didn’t have any frostbite,” Bob said. “I am sure it was because of Kelsey’s determination.”

Chaim Colen, a neurosurgeon at McLaren Northern Michigan, immediately performed spinal decompression surgery on Bob, which was a complete success. Bob still has a long road of recovery, and hours of physical therapy, ahead of him, but thanks to his dog and doctor, he knows he’ll be just fine.

“I’m so thankful for my two heroes,” Bob said. “Kelsey kept me warm, alert and never stopped barking for help. Dr. Colen saved my life and ability to move. They are truly heroes and I will be eternally grateful.”