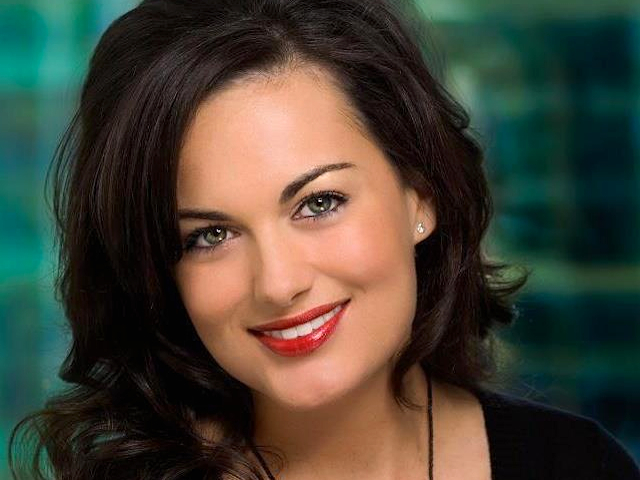 DALLAS -- An FBI affidavit outlining federal gun charges against Kristopher Love, suspected in the murder of Dallas dentist Kendra Hatcher, alleges that an unnamed fourth person was involved in the plot to kill her.

Dallas police have charged Love, 31, with capital murder in the Sept. 2 shooting death of Hatcher, a pediatric dentist, in her apartment complex's parking garage. Police have described the killing as a murder-for-hire, and have issued an arrest warrant for 33-year-old Brenda Delgado, who officials say orchestrated the killing. The federal affidavit, which outlines a charge against Love of unlawful possession of a firearm by a felon, says Hatcher was dating the ex-boyfriend of Delgado, the woman accused of planning the plot.

Delgado has not been officially charged and remains a fugitive.

A woman accused of driving the shooter to the garage, 23-year-old Crystal Cortes, was arrested Sept. 5 and charged with capital murder. According to a Dallas Police arrest affidavit, Cortes admitted being hired by Delgado to rob Hatcher. Love allegedly admitted to his role in the robbery which resulted in Hatcher's death, according to Dallas Police.

The federal affidavit says the alleged driver, whom federal authorities don't identify, told police that she overheard the woman who allegedly planned the attack asking a fourth unidentified person "if he knew someone that could take care of something for her." The alleged driver said she believed the fourth person was responsible for finding the shooter and connecting him with the alleged mastermind of the plot, who is also unidentified.

The alleged driver also told investigators she wanted to "back out" of the plan, which she thought would be a robbery and not a killing. She also said the shooting suspect - whom she identified as "Kris" -- said he would harm her and her young son if she told police about him, according to the federal affidavit.

According to the affidavit, issued Oct. 2 and unsealed Monday, an unidentified witness contacted Dallas Police Sept. 4 and said he had loaned his 1996 Jeep Cherokee - which he learned from news reports was connected to Hatcher's death - to the woman later described as the orchestrator of the plot.

Dallas Police officers interviewed that woman Sept. 4, and she told police she had borrowed the Jeep from the witness but loaned it to the alleged driver on the day of Hatcher's shooting. The alleged driver spoke with police and admitted that she was paid cash to drive the shooting suspect -- who she identified as "Kris"- to and from the parking garage, according to the affidavit.

The alleged driver told police that she didn't know "Kris," but the alleged orchestrator told her where and when to pick him up. The alleged driver said that she drove to Hatcher's home with "Kris" hiding in the back so he wouldn't be captured on surveillance cameras, according to the affidavit. As they waited in the garage for Hatcher to return home, the affidavit says, she asked "Kris" how much the alleged orchestrator was "paying him to do this" and he allegedly responded it was none of her business.

When Hatcher arrived home, the alleged driver said "Kris" exited the car, she heard a gunshot, and then he returned to the car with two purses in his hand, according to the affidavit. "Kris" told her that if she told police anything about him, "She and her six-year-old son would be next," the affidavit says.

The alleged driver told police she believed the victim would be robbed and not killed. After the shooting, she said, she dropped "Kris" off at a Dallas intersection. She then drove to meet the alleged orchestrator, who took one of Hatcher's purses, the affidavit says.

The woman was upset that her former boyfriend was dating Hatcher and had recently taken the victim to San Francisco to meet his parents, the alleged driver told investigators. The affidavit said Hatcher and her boyfriend were scheduled to leave on a trip to Mexico the day after the shooting.

In searching the car, the affidavit says, officials uncovered a Smith & Wesson pistol under the front seat. Dallas police have said they believe the gun is the murder weapon.

Love, the affidavit says, had a warrant out for his arrest in Tennessee, and "Person D" had an active warrant in Dallas County. Love is prohibited from possessing a firearm because of a 2005 aggravated robbery conviction in Shelby County, Tennessee, for which he was sentenced to eight years in prison, according to the affidavit.

The U.S. Attorney's Office for the Northern District of Texas isn't identifying the three individuals described in the affidavit other than the alleged shooter, Kristopher Love, a spokeswoman told 48 Hours' Crimesider.

Love was expected to appear before a federal judge on the gun charge Tuesday, reports CBS DFW. Local authorities have already charged Love and Cortes with capital murder in Hatcher's death.

In a statement released to the Dallas Morning News, Hatcher's family thanked investigators.

"Kendra loved Dallas, and we thank the community for providing information that aided in the progression of the case," the statement read. "We grieve the loss of Kendra: doctor, daughter, sister, aunt, Godmother, and friend. And now we can have more closure with these answers."