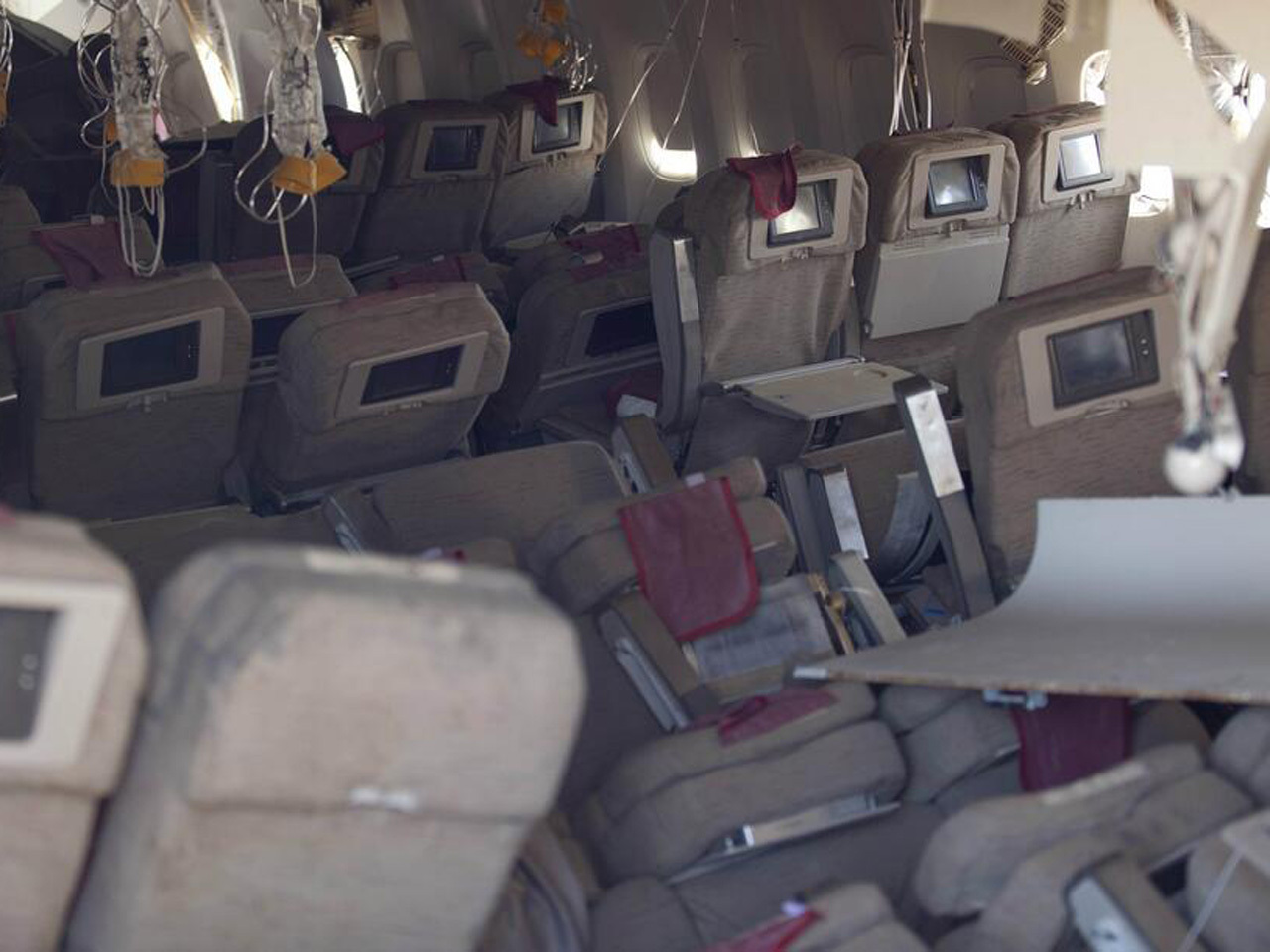 Many survivors of Saturday's plane crash in San Francisco have a surprising pattern of spine injuries that a doctor says shows how violently they were shaken despite wearing seat belts.

So far, two people are unable to move their legs — doctors don't yet know if the damage is permanent — and several others have needed surgery to stabilize their spines so they can move, said Dr. Geoffrey Manley, neurosurgery chief at San Francisco General Hospital who is overseeing their care.

As of Monday evening, hospital officials said 31 patients remain hospitalized, seven of them in critical condition.

Among the worst injuries are crushed vertebrae that compress the spinal cord, and ligaments so stretched and torn that they can't hold neck and back joints in place, Manley said in an interview Monday.

That 305 of the 307 passengers and crew of the Asiana jet survived the crash is remarkable, and a testimony to improvements in airline safety in recent years. More than 180 people went to hospitals with injuries, but only a small number were critically injured.

Manley said even among those who suffered mild spine trauma, he is struck by a pattern that shows how their upper bodies were flung forward and then backward over the lap belts that kept them in their seats and undoubtedly saved their lives.

The injuries are somewhat reminiscent of the days before shoulder belts in cars, although much more severe, said Dr. David Okonkwo of the University of Pittsburgh Medical Center, who isn't involved with the survivors' care.

Does that mean shoulder belts in airplanes would prevent such injuries? Okonkwo said that's simplistic considering how much more speed and force are involved in a plane crash. Shoulder belts might just transfer that force to the neck, he cautioned.

"If you put in the shoulder belt, it might just move the injuries up further. Your head weighs a tremendous amount," agreed San Francisco's Manley. He hopes to study the issue, comparing survivors' injuries to where they sat.

Some business class seats have added a type of shoulder restraint, but those seats are more like beds and often don't face forward.

Meanwhile, Okonkwo said assuming the "crash position" — leaning forward with the head as far down as possible and arms over it — can limit the spine jolting back and forth and offer some protection. It's not clear if any survivors of Saturday's crash had time to do so.