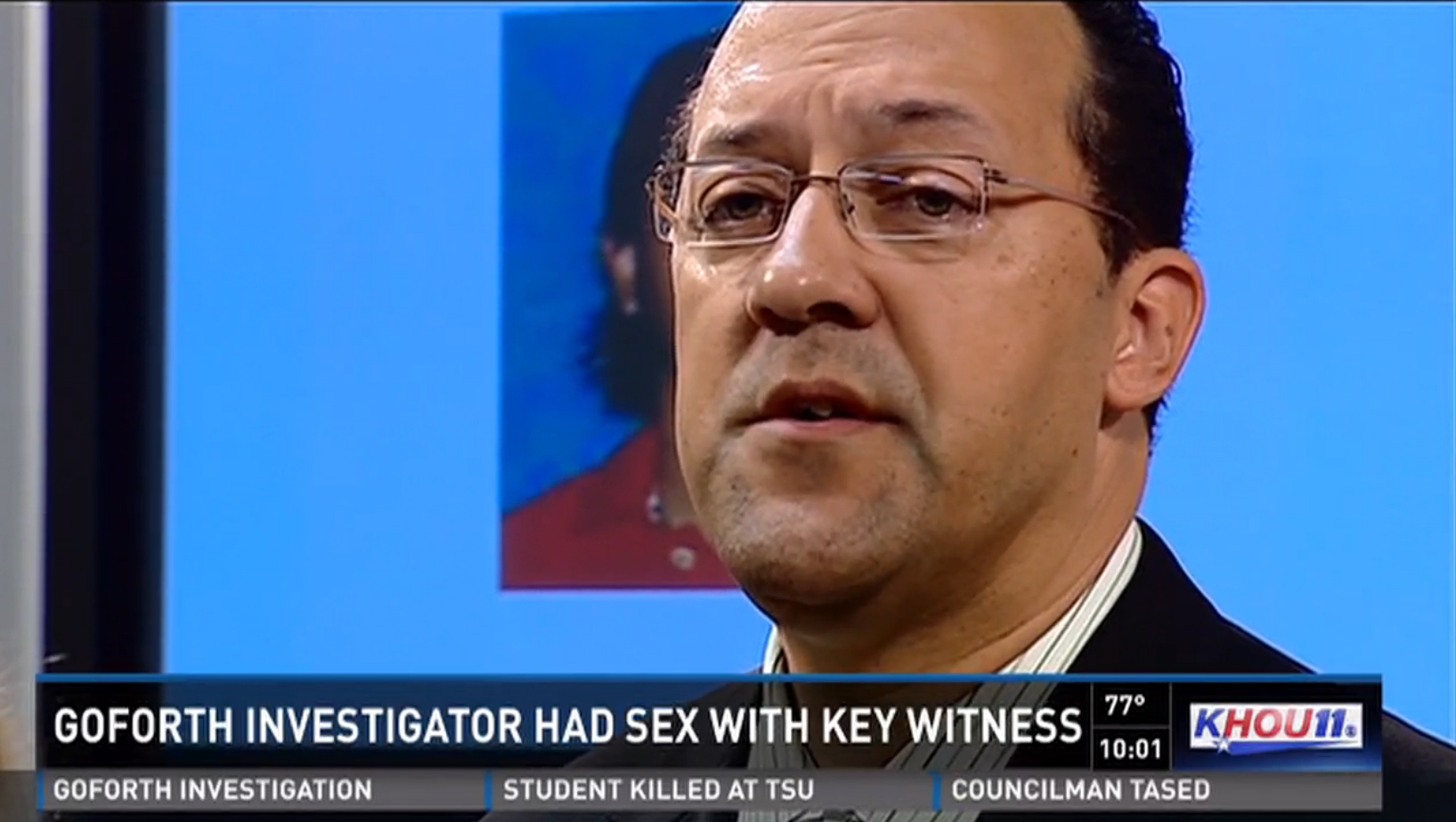 HOUSTON -- A sheriff's detective involved in the investigation of a deputy's slaying has been relieved of duty pending further investigation after prosecutors said he acknowledged having "consensual sexual conduct" with a key witness in that case.

Goforth was shot 15 times outside a Chevron station in northwest Harris County Aug. 28.

In a statement, Sheriff Ron Hickman called Clopton's conduct "unethical and inexcusable" and said Clopton had been removed from duty pending the outcome of a joint investigation with the Harris County District Attorney's Office.

An attorney for defendant Miles, Anthony Osso, has claimed a witness in the case was having an affair with married deputy Goforth and was with him when he was gunned down, reports CBS affiliate KHOU. Osso reportedly has claimed he has evidence the deputy was at the gas station to meet the woman, and not on official duty as sheriff's officials have claimed. Because of that, Osso has said he will argue his client shouldn't face a capital murder charge, which carries a possible death sentence, reports the station.

Osso has said he believes the witness with whom Clopton is accused of having a sexual relationship was the same woman who claimed a relationship with Goforth, a Houston Chronicle columnist reported Saturday.

No telephone number is listed for Clopton and he couldn't be reached for comment.