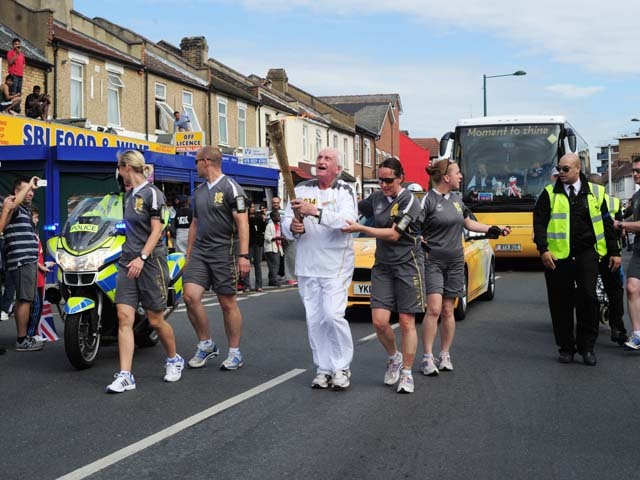 (MoneyWatch) LONDON - As the 2012 Summer Olympics have kicked off, it's easy to imagine that all the activity, the pageantry, the swarms of purple-clad volunteers must be engaged in some highly profitable activity. Otherwise, why would so many people get sucked in?

Except the Olympics aren't a great money-spinner. Why?

Sponsors. Companies sponsoring the games don't make a ton of money because they tend to be large, well-known corporate brands, like Coca-Cola or McDonald's, that have bought into these gigantic deals for no other reason than to keep their chief competitors out. There's no question of raising brand-awareness; after all, these are the most familiar brands in the world. Given such companies' existing sales, even major public events aren't going to budge the needle and may not even cover the travel costs of all the executives who, of course, must be present for the games. So no big profits here.

Pictures: 11 cities that want to be the next Palo Alto

Product providers. The International Olympic Committee has stringent rules governing how many and what logos athletes can wear, so the competitors' bodies themselves can't be used as human billboards (as uniforms are, say, in professional soccer in Europe). The IoC is also determined to eradicate any attempts at so-called flash-mob advertising. So the chances of hugely increasing the sales of tennis rackets, swimming suits, or running shoes are pretty slim.

Athletes. Will the competitors themselves make much money? For most, there's a huge cost in taking part in the Olympics at all. Few have sponsorship or even government support. Athletes who win a gold medal in popular sports are more likely to make their careers, but the rest will gain little beyond memories.

Special report: Technology and the Olympics

Tourism. Whether London or the U.K. will see a net increase in tourism as a result of the games remains to be seen. Certainly at Heathrow today there seemed to be more people leaving the country than arriving. The Queen's Jubilee and the younger royals have done what they can to attract visitors, but leaders of arts organizations, museums, theaters, and heritage sites are despondent about the huge disincentive to visit Britain at a time when congestion and queues are all that seem to be on offer to cultural visitors. Meanwhile, the Brits themselves don't want to hang around for the traffic jams.

Residents. Boris Johnson, the media-crazed mayor of London, has recently been spouting all kinds of nonsense about how important it is that people not stay home during the Olympics, but instead fight their way through traffic and transportation jams to get into work. He's fighting a lost and stupid cause. If anything can help the British economy, it will be the productivity boost generated when executives decide to work from home. Maybe a morale boost too.

Ad agencies. This is a tricky one. London currently is festooned with sports-themed ads, making it clear that every company on earth had the stunningly original idea of doing ads around winning, performance, achievement. Most of the people I know in advertising have booked their full-year's revenue by now. So they're happy. What does the rest of the year look like? They don't care.

Ad agencies aside, I've managed to find no reputable research indicating that the Olympics makes money for anyone. That doesn't mean the games are bad. The Olympics are, after all, supposed to represent the virtues of amateur competition (even as the games themselves are dominated by pros of on stripe or another). Still, maybe what they are good for is to remind us that there are others things that matter in life beyond making money.