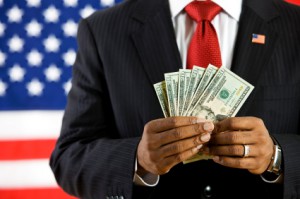 Someone told me yesterday that he was moving into the market because stocks always rise during a presidential election year. You may also be hearing this prediction from friends and co-workers, and might be wondering if you should move more money into stocks based on this trend. Well, here are some key lessons from this theory:

According to Ned Davis Research, between 1900 and 2009, stocks have turned in their best performance during the last two years of a presidential election cycle. The average returns of the Dow have been 5.5 percent in year one, 3.7 percent in year two, 12.6 percent in year 3, and 7.5 percent in year four. Thus, applying this theory, 2012 would be a good year for stock investing.

I looked for some academic research and was able to find a paper from 2007 noting the results were statistically significant, especially during the past four decades. The paper stated that this was a market anomaly that could be useful for investors. I saw very little explanation for this so called anomaly.

No question, I'm the ultimate stock market "theory" skeptic, so before I put more money in stocks, I checked out the Dow returns in this presidential cycle. As it happens, this theory has not proven to be such a good predictor, as the worst two years of the cycle -- years one and two -- clocked in double-digit returns. Year three (2011), the historic best year for stocks, turned in only 5.5 percent for the Dow. Worse yet, the Dow is only 30 stocks and not even weighted by size. The total return for U.S. stocks, including dividends, was just under 1.0 percent in 2011, as measured by the Wilshire 5000.

Though we don't yet know how Year Four under President Obama will turn out, we can go back to 2008 and look at Year Four under Bush. Instead of going up, the Dow lost 33.8 percent in 2008. I suspect that if the 2007 paper were updated, the statistically significant conclusion would have vaporized.

I think there are two key lessons from this theory that influenced my friend's investing. First, human beings are pre-programmed to finds patterns out of randomness. In reality, the math works out that if we regress stocks against 1,000 random events, we will on average find one that gives us a 99.9% chance of correlation. Unfortunately, it will have no predictive ability going forward. Butter production in Bangladesh had the highest correlation to stocks of any regression ever published.

The second lesson is that human beings have the ability to believe anything they want to believe. My friend had conveniently blocked out the painful 2008 financial markets disaster and was ready to bet the farm on a theory that would have taken only a few minutes to check out.

Restrooms for customers only? In most cases, it's legal