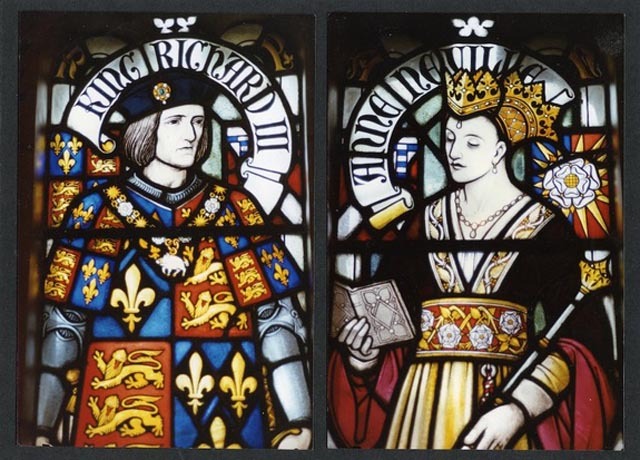 (CBS News) British archaeologists have announced what they call an "astonishing" find, believing they have uncovered the royal remains of King Richard III.

A team of experts from the University of Leicester and the Richard III Society unearthed a skeleton, buried underneath a parking lot that reportedly match descriptons of his remains - a curved spine and particular battle wounds to the head.

King Richard died at the Battle of Bosworth in 1485, marking the end of of Plantagenet rule and giving way to the dynasty of the House of Windsor, which encompassed the reign of the infamous Henry VIII. He was buried in a local churchyard that has since become a parking lot.

King Richard is perhaps best known by William Shakespeare's portrayal of a brutal tyrant in his play, "Richard III," a description the Richard III Society refutes.

Richard Taylor, of Leicester University, described the remains at a recent press conference, explaining that "a bladed implement appears to have cleaved part of the rear of the skull."

In a report that aired Monday on "CBS This Morning, CBS News' Mark Phillips reported that Michael Ibsen, a British furniture maker, was recently contacted by a historian involved in the search for the royal remains and told that he is a distant relative of King Richard. Ibsen contributed DNA sample to help the team confirm the identity of the skeleton and the team will compare the sample with DNA from the skeleton with the head wound.

"I've been asked if there are any sort of spare palaces lying around that we might inherit," Ibsen joked. "I'm not holding my breath."