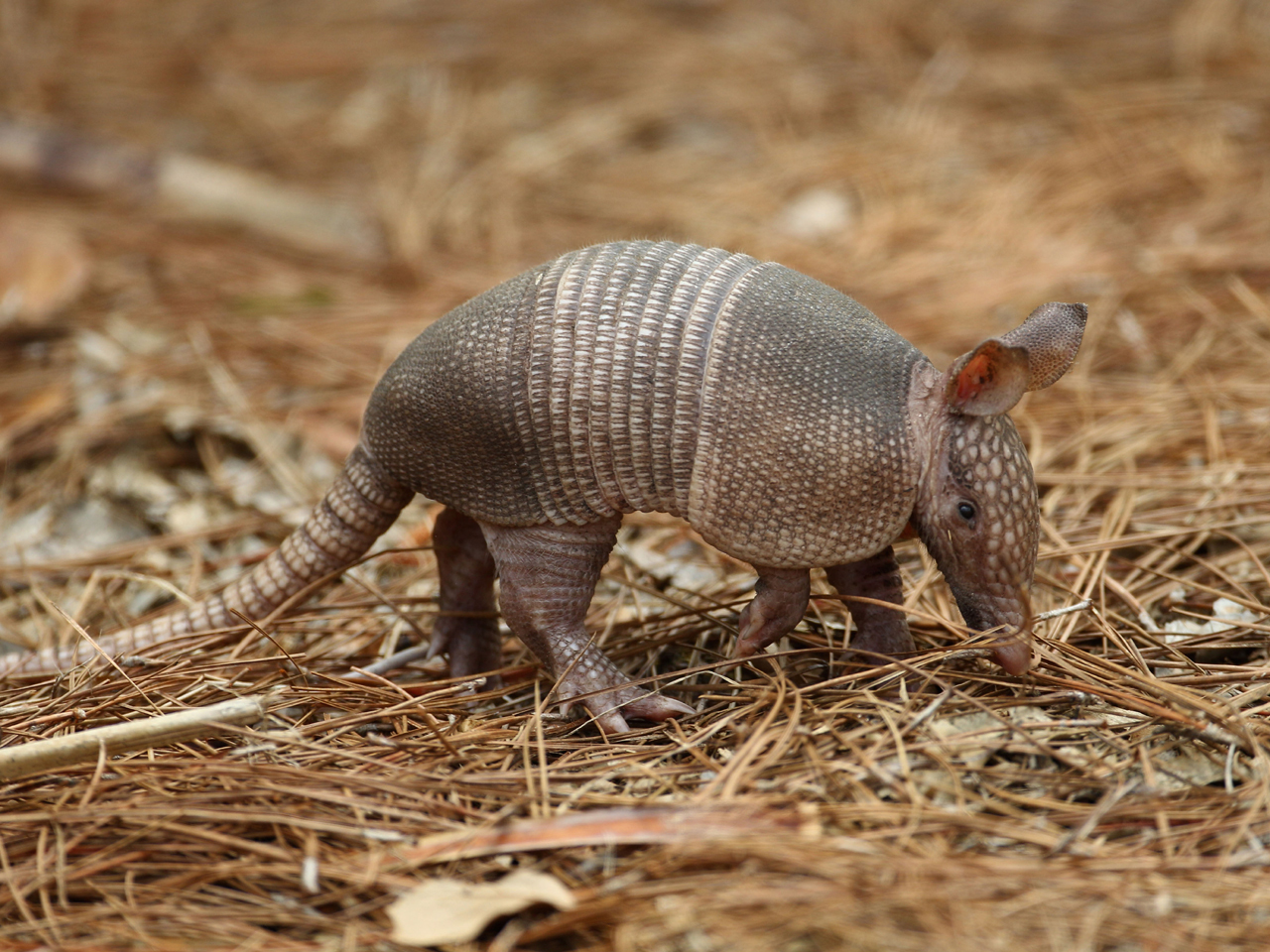 LOS ANGELES - With some genetic sleuthing, scientists have fingered a likely culprit in the spread of leprosy in the southern United States: the nine-banded armadillo.

DNA tests show a match in the leprosy strain between some patients and these prehistoric-looking critters — a connection scientists had suspected but until now couldn't pin down.

"Now we have the link," said James Krahenbuhl, who heads a government leprosy program that led the new study.

Only about 150 leprosy cases occur each year in the U.S., mostly among travelers to places like India, Brazil and Angola where it's more common. The risk of getting leprosy from an armadillo is low because most people who get exposed don't get sick with the ancient scourge, known medically as Hansen's disease and now easily treatable.

Armadillos are one of the very few mammals that harbor the bacteria that cause the sometimes disfiguring disease, which first shows up as an unusual lumpy skin lesion.

Researchers at the National Hansen's Disease Programs in Baton Rouge, Louisiana, led an international team of scientists who published their findings in Thursday's New England Journal of Medicine. They think it requires frequent handling of armadillos or eating their meat for leprosy to spread.

DNA samples were taken from 33 wild armadillos in Arkansas, Alabama, Louisiana, Mississippi and Texas, where they're sometimes referred to as "hillbilly speed bumps" because they're often run over by cars.

Scientists also took skin biopsies from 50 leprosy patients being treated at a Baton Rouge clinic. Three-quarters had never had foreign exposure, but lived in Southern states where they could have been exposed to armadillos.

An analysis found that samples from the patients and armadillos were genetically similar to each other and were different from leprosy strains found elsewhere in the world. The unique strain was found in 28 armadillos and 25 patients.

Of the 15 patients for whom researchers had information, seven said they had no contact with armadillos; eight said they did, including one who routinely hunted and ate them.

While the work did not document direct transmission from animal to human, "the evidence is pretty convincing that it happens," said Dr. Brian Currie, an infectious disease expert at Montefiore Medical Center in New York, who had no role in the study.

Leprosy remains a problem in tropical hot spots of the world with some 250,000 new infections reported each year. Like tuberculosis, it can stay dormant for years before attacking the skin and nerves.

While leprosy is infectious, it's hard to catch. Those most at risk are family members who are in constant contact with an untreated person. Leprosy can't be spread through casual contact such as handshaking, or sexual intercourse.

The disease has long been misunderstood and those who contracted it were often shunned. Fear of its spread led some countries to quarantine people. False stories about fingers and toes falling off added to the stigma.

The disease is curable with prompt treatment of antibiotics before complications set in. The drugs typically kill the bacteria within days and make it non-contagious. It usually takes a year or two to fully clear the germ from the body.

If left untreated, leprosy can cause nerve damage so severe that people lose feeling in their fingers and toes, leading to deformity and disability.

While the germ attacks the skin, hands and feet of humans, it tends to infect the liver, spleen and lymph node of armadillos.

"I would not cuddle armadillos," said Dr. Warwick Britton of the University of Sydney in Australia, who had no connection with the study.

For Ymelda Beauchamp, how she got infected decades ago remains a mystery.

When she was 15, she noticed lumps on her skin and felt numbness in her hands and feet. Her left hand began clawing inward.

After high school graduation, she decided to seek treatment at a former sugar plantation in Carville, Louisiana, that was turned into a clinic for leprosy patients. There were times when the pain was so excruciating she said she did not want to wake up.

Today, the 59-year-old Beauchamp is disease-free and works as an advocate with the American Leprosy Missions, a Christian group that helped fund the study along with other leprosy support groups and the National Institutes of Health.

She still does not have feeling in her hands and feet, and has to be careful not to burn or cut herself when cooking.

"It's not difficult, but it isn't easy either," she said. "You get quite used to it."