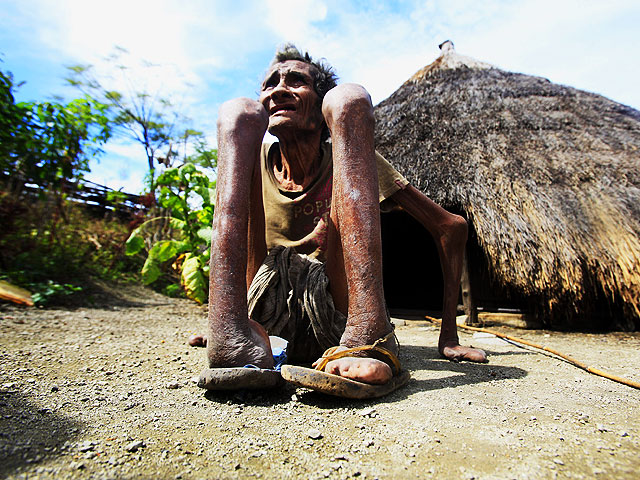 (CBS) If you listen to the Indian government, leprosy has been conquered. But if you chance to meet any of the 130,000 new patients diagnosed with it each year, you get quite a different story.

That's according to a new investigation from the Guardian.

India has more new cases each year than the rest of the world combined, according to the report. Partly, that's due to India's enormous population, more than one billion people, says the World Bank. But another part is that the country has drastically reduced funding to combat the disease.

India announced that it had eliminated leprosy in 2005, even though several hundred thousand patients were in leper colonies. Since then, government funding to prevent leprosy has been channeled into the general health system and leprosy charities have seen significant decreases in funding, according to the Guardian.

Leprosy is a disease that attacks nerve endings, degrading their ability to sense pain or injury, which often leaves patients susceptible to ulcers and infections. Over time, these infections can lead to loss of fingers, toes and even limbs. Leprosy also can lead to blindness and facial disfigurement.

The social stigma is also hard to bear. The common perception is that leprosy is highly contagious, forcing the afflicted to leave their homes and live in "leper colonies." In fact, 95 percent of humans are naturally immune to the disease.

The Unites States sees approximately 150-250 cases of leprosy every year, according to the National Hansen's Disease (Leprosy) Program. The vast majority of these cases are recent immigrants from countries where the disease is prevalent.

As for India, the secret suffering continues in plain sight.

More at the Guardian.