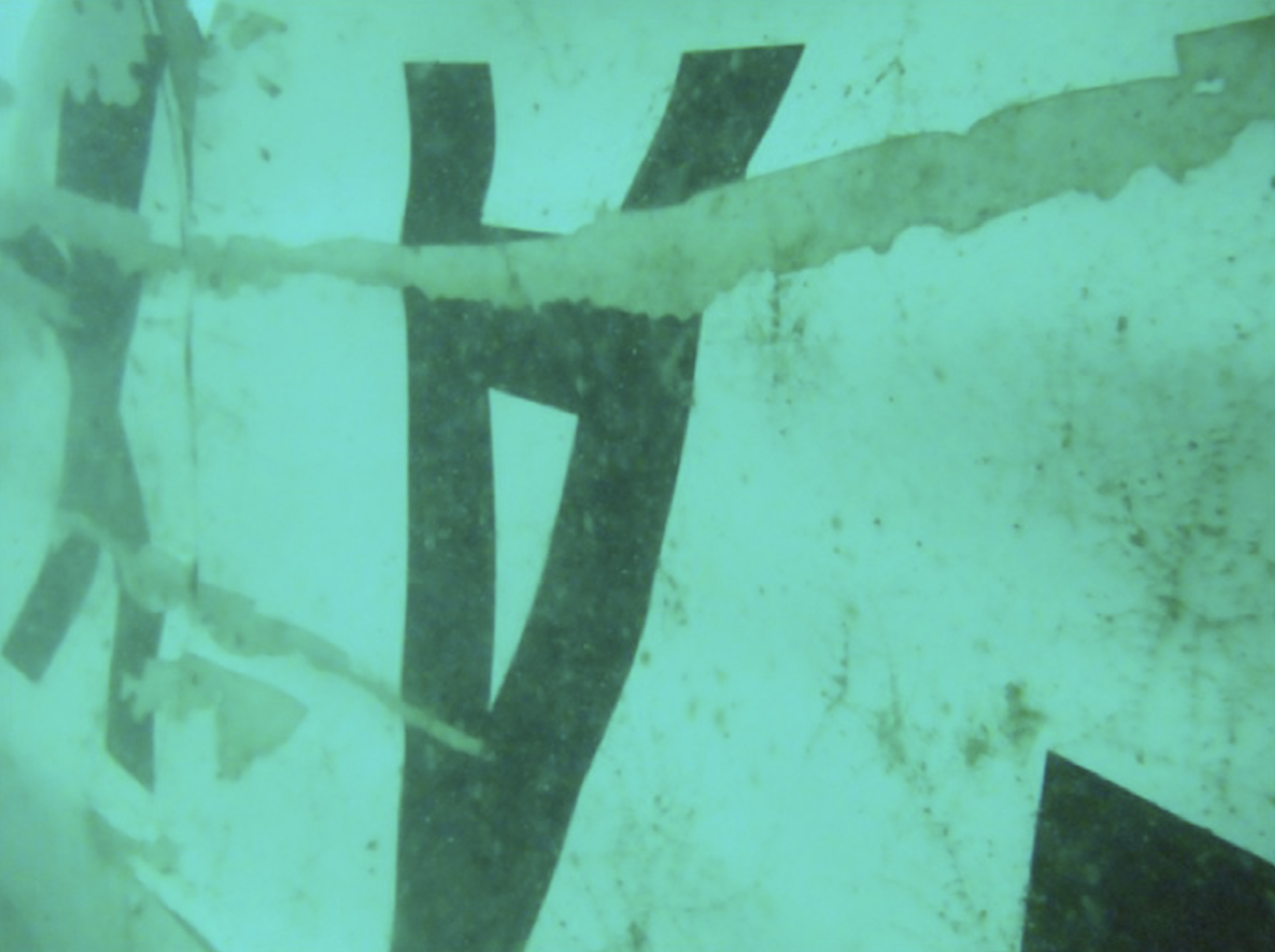 PANGKALAN BUN, Indonesia -- The tail section of the AirAsia passenger jet that crashed late last month is upside down and partially buried in the sea floor, and experts are trying to figure out how to remove the plane's "black boxes" from it, Indonesian officials said.

The head of Indonesia's search and rescue agency, Henry Bambang Soelistyo, told reporters Thursday the U.S. National Transportation Safety Board would help investigators determine whether the devices are still in position in the tail or were jarred loose by the impact of the crash.

Authorities sent a team of divers to put rope around the tail as part of an effort to lift it Thursday, but strong currents and poor visibility due to heavy silt later forced officials to end the operation for the day.

"Our plan is to tie inflatable floats to the tail and lift up the tail which would then allow divers to enter the plane to search for the black box," Soeslistyo said.

The water in the Java Sea is relatively shallow at about 100 feet deep, but this is the worst time of year for a recovery operation due to monsoon rains and wind creating choppy seas and blinding silt from river runoff.

Divers and an unmanned underwater vehicle on Wednesday spotted the tail of the plane that crashed into the Java Sea with 162 people on board. It is an important finding because the jet's black boxes -- which should help pinpoint the cause of the crash -- are located in that part of the aircraft.

At least six ships with equipment that can detect underwater objects and the plane's black boxes, back up by nine warships, are working in the area where the tail of was spotted, said Suryadi B. Surpiyadi, a search and rescue operation coordinator from an air force base in Pangkalan Bun, close to the search area,.

Suryadi said the registration number, PK-AXC, and part of the AirAsia logo proved it was the plane. He said two Indonesian military divers showed how the tail plunged into muddy seabed upside down.

"Expert teams from Indonesia and France are now looking for a technique on how to find and lift the black boxes from the plane's tail in such a position," Suryadi said.

Tony Fernendes, AirAsia's chief executive officer, welcomed the news. He tweeted, that if it is the tail section then the cockpit voice and flight data recorders, or black boxes, "should be there."

He said the airline's priority still is to recover all the bodies "to ease the pain of our families."

The carrier, meanwhile, said families of those killed would be compensated in accordance with Indonesian laws. Each will receive $100,000, Sunu Widyatmoko, president of AirAsia Indonesia, told reporters in Surabaya.

So far, 40 corpses have been found, but time is running out, because after about two weeks, most corpses will sink, said Anton Castilani, head of Indonesia's disaster identification victim unit, and there are already signs of serious decomposition. Officials are hopeful many of the more than 122 bodies still unaccounted for will be found inside the fuselage, which is believed to be lying near the tail.

The Airbus A320 went down halfway through a two-hour flight from Surabaya and Singapore, killing everyone on board. It is not clear what caused the crash, but bad weather is believed to be a contributing factor.

Just before losing contact, the pilot told air traffic control he was approaching threatening clouds, but was denied permission to climb to a higher altitude because of heavy air traffic. No distress signal was issued.

Finding the black boxes will be key to the investigation. They provide essential information about the plane along with final conversations between the captain and co-pilot. The ping-emitting beacons still have about 20 days before their batteries go dead, but high waves had prevented the deployment of ships that drag "ping" locators.

Sonar-equipped ships involved in the massive international hunt have identified what they believe to be the fuselage of the plane in recent days. Five other big objects have been found on the floor of the ocean, though no visual confirmation has been obtained yet. Smaller pieces of the plane, such as seats and an emergency door, have been collected from the surface.

The water in the Java Sea is relatively shallow at about 100 feet deep, but this is the worst time of year for a recovery operation because of monsoon rains and wind that create choppy seas and blinding silt from river runoff.