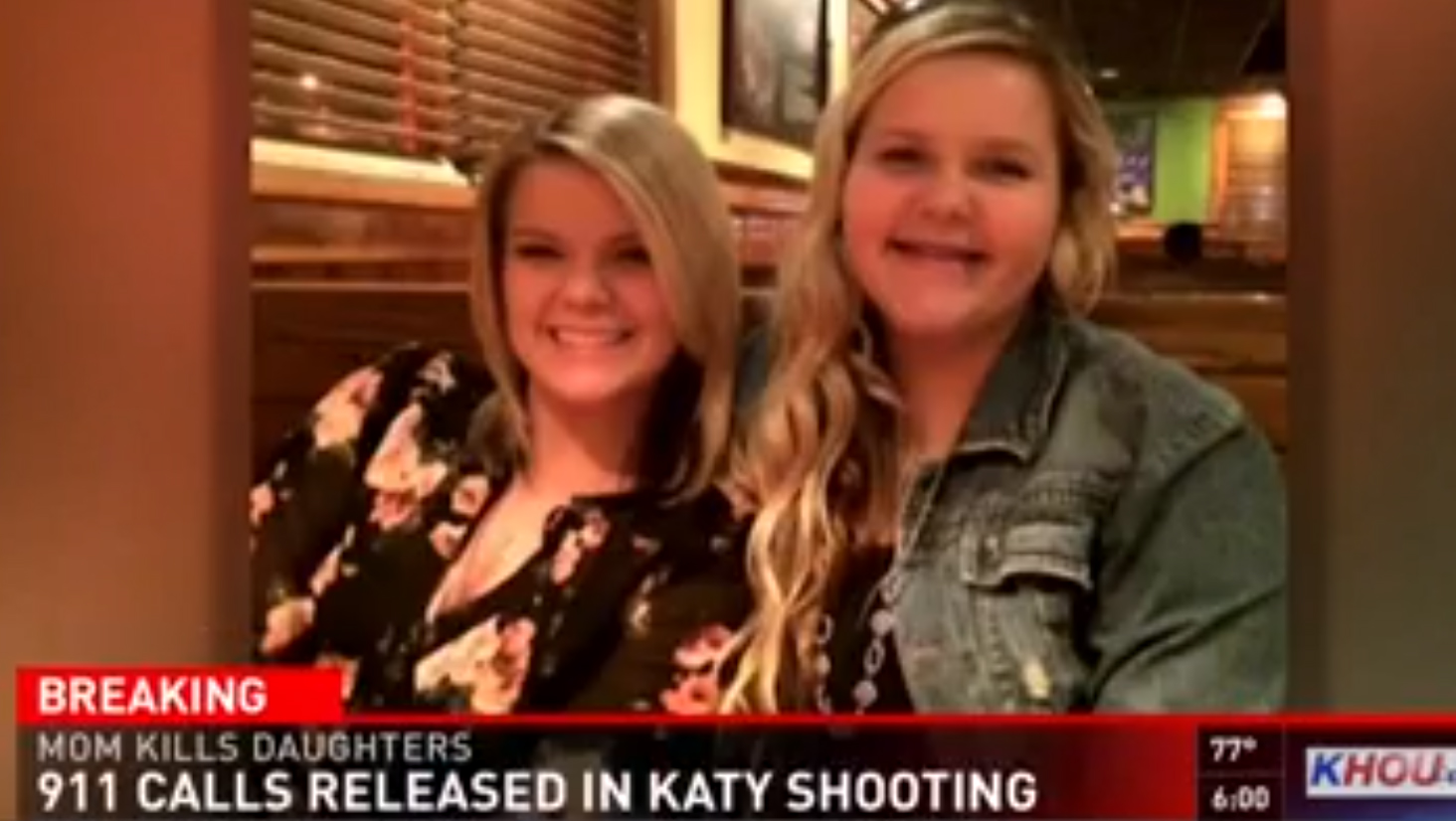 FULSHEAR, Texas -- Police have released disturbing 911 audio in the case of a Texas mother who police say gunned down her two adult daughters before she was fatally shot by an officer.

Madison and Taylor Sheats both called 911 before their mother, Christy Sheats, shot them to death, reports CBS affiliate KHOU. In the calls, Jason Sheats could be heard begging his wife not to shoot them as the girls screamed in the background.

In another call, a neighbor is heard describing the chaotic scene, telling a dispatcher there was a woman in a dress standing over one of the girls lying on the ground. The same caller told a dispatcher the woman went back inside to re-load a gun before opening fire again.

"She's coming back again. Oh!!! She shot her again. The female that was lying on the ground," the neighbor said.

Prior to the shooting, Sheats convened a family meeting in the living room that was attended by her husband and her daughters, according to the sheriff's office.

"During that meeting, Christy Sheats held up a gun and shot both girls," the sheriff's office said.

Jason Sheats and the daughters ran outside, where Madison Sheats collapsed and died. Jason Sheats ran to the end of a cul-de-sac.

Taylor Sheats was shot again by her mother on the street.

When officers arrived, they saw Christy Sheats shooting one of her daughters in the street, the sheriff's office said.

An officer fatally shot Christy Sheats after she refused to obey commands to drop her handgun. Taylor Sheats was taken to a Houston hospital, where she died.

Investigators found the murder weapon was a five-shot, .38 caliber handgun.