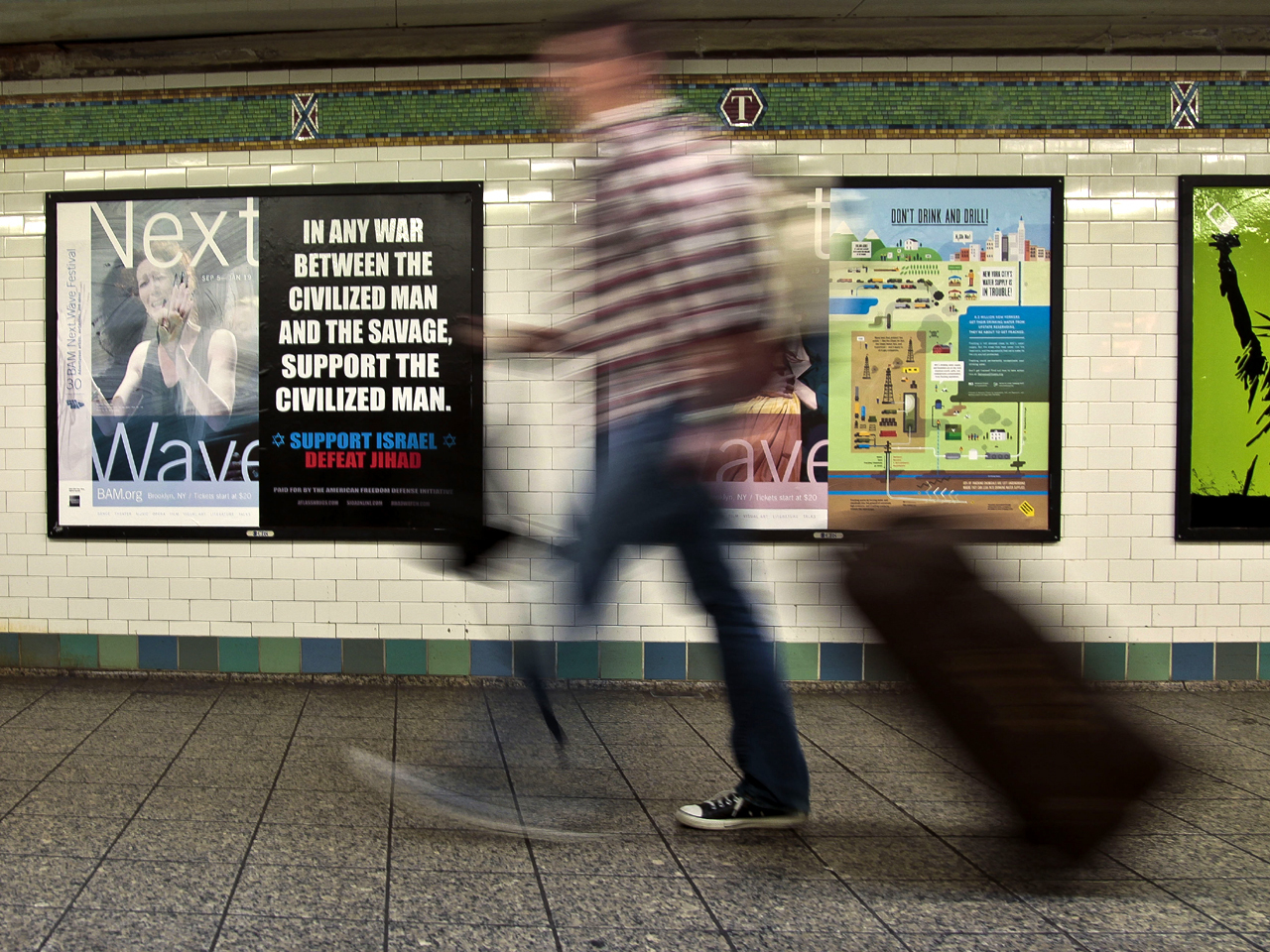 NEW YORK The agency that oversees the city's public transit system, stung by a court decision that forced it to run an ad implying that enemies of Israel are "savages," says it will continue to allow political advertisements on subways and buses but will require them to carry disclaimers.

Under a policy adopted Thursday by the Metropolitan Transportation Authority board, ads expressing political, religious or moral viewpoints will have to include legends cautioning that the views being expressed aren't necessarily endorsed by the MTA. The disclaimers also will carry the names of the people or groups sponsoring the advertisements.

Previously, the MTA had a policy of refusing to accept any ad that demeaned a person or group on the basis of ethnicity, religion, gender or sexual orientation, but that practice was effectively abolished by a federal judge after the MTA refused to accept an ad by the American Freedom Defense Initiative, a group run by anti-Islam blogger Pamela Geller.

The ad, which began running in the nation's biggest transit system this month as a result of the court order, says, "In any war between the civilized man and the savage, support the civilized man. Support Israel. Defeat Jihad."

Many observers of the ad have read it as calling all Muslims or Palestinians savages, although Geller has insisted the term applies only to people who support violence against Israel.

This week, an Egyptian-born U.S. columnist was arrested for spray-painting one of the advertisements in a Manhattan subway station. The columnist, Mona Eltahawy, who calls herself a liberal Muslim who's spoken publicly against violent Islamic groups, said as police officers were arresting her, "I'm an Egyptian-American, and I refuse hate."

In a statement, the MTA said it had considered banning political speech and restricting ads to only those with commercial messages.

"But the MTA for decades has permitted its ad spaces to serve a broader communicative function than mere commercial advertising, and the Board today reaffirms that tradition of tolerating a wide spectrum of types of ads, including ads that express views on a wide range of public matters," it said.

"All political ads will have to have a disclaimer, but as long as this is applied evenhandedly to all ads, not just to ones the MTA or PC police or sharia (Islamic law) enforcers don't like, it's fine," she wrote.