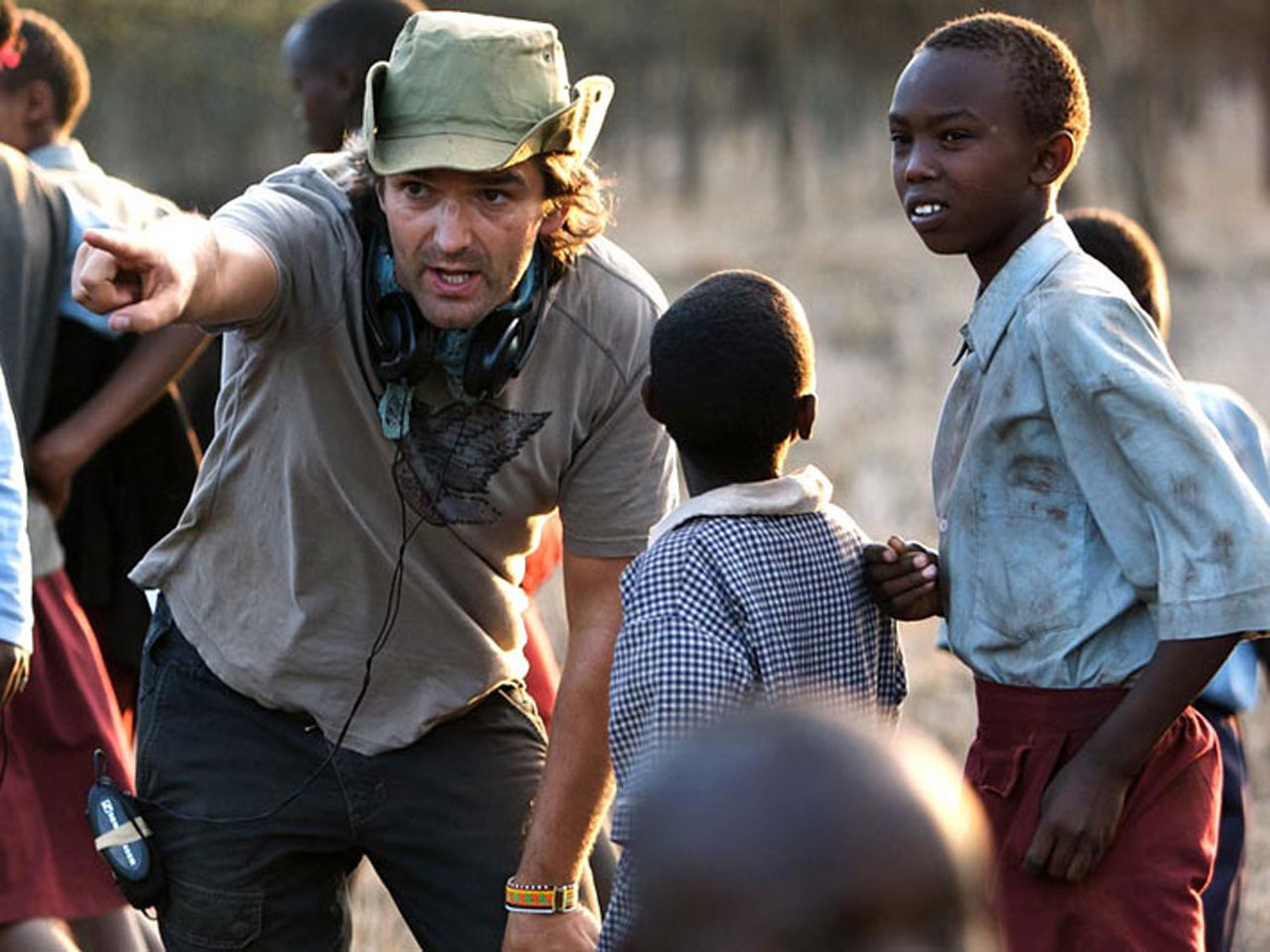 (CBS/What's Trending) - Justin Chadwick had just finished his movie "The Other Boleyn Girl" when he was handed a script for a movie called "The First Grader."  Immediately, he was drawn to the tale of Kimani Maruge, an 84-year-old Kenyan man who fought for his right to enter the first grade in post-colonial Kenya.

Chadwick knew he wanted to do the project justice, so the director packed up his bags, flew to Kenya to meet the now 89-year-old Maruge and set out to create a movie set in the country, filmed with a Kenyan crew and cast. The challenge? Some of the people he was working with had never used modern filmmaking techniques or acted in a film. "I went to Kenya and started to research the stories," the director of "The First Grader" explained. "We took nine people to Kenya, and decided on hiring a Kenyan crew. We had those resources to make the film real. If the town was there, we would use it." "(Even though some people had never been on a set), I never seen a movie or TV set with such incredible intelligence," he added. Partially funded by the BBC and National Geographic, "The First Grader," starring Naomie Harris, Oliver Litondoand Tony Kgoroge, takes a look at the deep repercussions racism and poverty has on post-colonial Africa. Chadwick said he knew that the film would be especially poignant after talking to Maruge and learning about how his lost his wife and was tortured by the British. That isn't to say there weren't some fun times on set. Because Chadwick had decided to use a Kenyan townspeople as background actors, he often used local children in the school scenes. He would put lesson plans up on the board for them to work on during the scene. To his surprise, they finished them quickly and got bored. "By the time we finished filming the scene, the kids were saying 'Teacher Justin, we're already done with this,'" he said laughing. Chadwick knew that because his film was an independent film, promoting the movie online and through social media was the only way to share these stories with a wide audience who might not have otherwise known the tale. "(Online word of mouth) is completely vital," he elaborated. "The only way that interesting films that haven't got a big studio behind them survive because of people spreading the word." "I miss Kenya," he added. "I'm going back to take the film back there. I would gladly happily go back there and shoot again."
View CBS News In
CBS News App Open
Chrome Safari Continue
Be the first to know
Get browser notifications for breaking news, live events, and exclusive reporting.