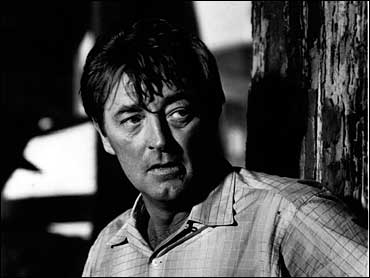 British director J. Lee Thompson, whose more than 50 films included the original "Cape Fear," "The Guns of Navarone," "Planet of the Apes" sequels and nine Charles Bronson movies, has died. He was 88.

"He was a very large directorial presence," said co-producer Pancho Kohner. "He was a gentleman and such a pleasure to work with. Everyone who worked with him once wanted to work with him again and again."

Thompson also worked several times with Gregory Peck, including 1962's "Cape Fear," with Anthony Quinn "The Greek Tycoon" released in 1978, with Yul Brynner in "Taras Bulba" in 1962 and again the next year in "Kings of the Sun."

"Working with Lee, you were spoiled," Kohner said. "He had the uncanny ability to play the film in his mind. He would know exactly what shot he needed so there was no wasted effort. He was a talented craftsman."

Kohner said Thompson always liked to stay busy. In 1998 he worked as a boom microphone operator for the teen horror film, "Bride of Chucky." He also played himself in four films.

Born in Bristol, England, Thompson was a bantamweight boxer and a B-29 tailgunner during World War II.

He got his start as an editing assistant in Elstree Studios in London and worked with actors as a dialogue coach on Alfred Hitchcock films. He had two plays performed in London's West End before he was 20. His first film was "Murder Without Crime" in
1950.

Thompson is survived by his wife of 40 years, Penny, a daughter and a granddaughter. His son, Peter Lee, is deceased. The family spent winters in Los Angeles.