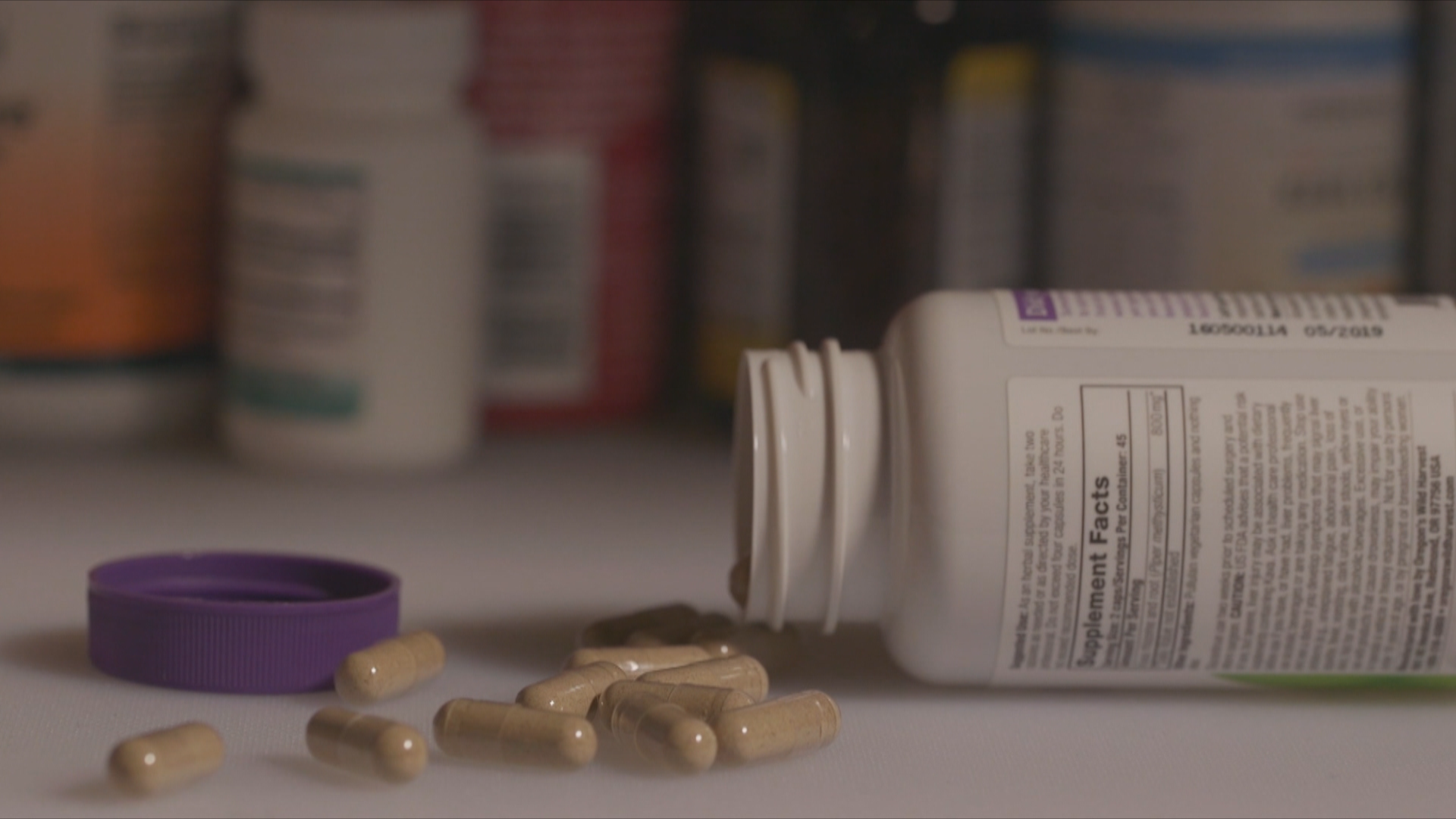 A new investigation may have you rethinking some of your vitamins.

A new study by Consumer Reports outlined health risks associated with dietary supplements -- including vitamins, probiotics and weight-loss aids. Unlike drug products that must be proven safe and effective, dietary supplements do not have to go through FDA approval.

"If it could kill someone like Logan, it has no borders - it will kill again," said his mother, Katie Stiner.

"It's what you don't know - I think that's the thing that we're most concerned about," said Lisa Gill, deputy content editor at Consumer Reports. "Just because it's not prescription, you say, 'oh, it's safe,' but that's not necessarily true."

"What is the biggest misconception about supplements?" Jacobson asked.

"Oh, that they're safe. A manufacturer doesn't have to prove to the FDA before it gets put on the shelves -- that what's in those tablets, is what they say is there," Gill said.

A new study by Consumer Reports outlined health risks associated with dietary supplements -- including vitamins, probiotics and weight-loss aids. Unlike drug products that must be proven safe and effective, dietary supplements do not have to go through FDA approval.

Gill said this leaves the consumer at risk.

"They are known to have very specific harms. In some cases they can cause seizures or they can cause liver or kidney damage, there have been deaths associated with each of these," Gill said.

But they found all 15 ingredients are available in supplements online or in major retailers. The Council for Responsible Nutrition -- which represents the supplement industry -- responded in a statement:

"Consumers need to know that they cannot trust that anything sold as a supplement is what's actually listed on the label," Cohen said. "Nor that it works. Or that it's safe."

The FDA acknowledged its limited role in regulating the industry, saying "it's important to remind consumers, that just because you can buy supplements in stores doesn't mean the FDA has reviewed them for safety or efficacy."

"Tell your doctor and your pharmacist what you're taking. Treat it like a medication. It's that important -- it's really about your health," Gill said.

Daughter of "Jane Roe" says her mother was "strong" but "fragile"