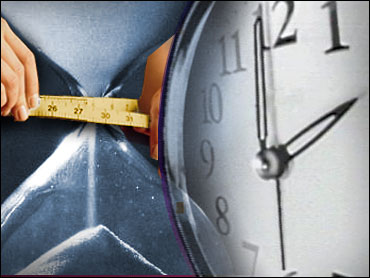 A review of 10 of the nation's most popular weight-loss programs found that except for Weight Watchers, none of them offer proof that they actually work at helping people shed pounds and keep them off.

Only Weight Watchers had strong documentation that it worked — with one study showing that participants lost around 5 percent (about 10 pounds) of their initial weight in six months and kept off about half of it two years later.

However, the researchers who conducted the review published in Tuesday's Annals of Internal Medicine stressed that the lack of scientific evidence should not be viewed as an attack on diet programs.

"There are no data on weight loss when you go to a health club, either," said Thomas Wadden, a University of Pennsylvania weight-loss expert and the study's co-author. "We hope that doctors and patients will use this information to make more informed decisions."

About 45 million Americans diet each year. People in this country spend $1 billion to 2 billion per year on weight-loss programs. But millions of those who enroll in weight-loss programs every year do not have much to go on when choosing a plan because few studies have been done that pass scientific muster.

The review aimed to replace glossy ads and dramatic testimonials with information about program components, safety, staff qualifications, cost and effectiveness — and should serve as a call to programs to conduct more strenuous research, Wadden said.

Karen Miller-Kovach, chief scientific officer of Weight Watchers International Inc., said of the findings: "Our commitment to science and research has increased over the years and is ongoing, and it's nice to see this validation of what we've been doing."

Lisa Talamini, chief nutritionist for the Carlsbad, Calif.-based company, said Jenny Craig will soon start a large study of the sort urged by the review authors.

She also cited a recent analysis by The Cooper Institute, a research organization that focuses on exercise, that found people who followed Jenny Craig for a year lost 15 percent, or an average of 22 pounds, of their initial body weight.

The authors of the latest review could not find any published evaluations about another big commercial plan, LA Weight Loss. And they said there was insufficient evidence to prove the effectiveness of self-help programs like Overeaters Anonymous and Take Off Pounds Sensibly.

As for doctor-supervised, low-calorie diets Optifast and Health Management Resources, which cost around $2,000 for the first three months, the data on their long-term success rates are not highly promising, researchers said.

However, they said such plans still could be appropriate for severely overweight people who need aggressive weight loss.
By Joann Loviglio