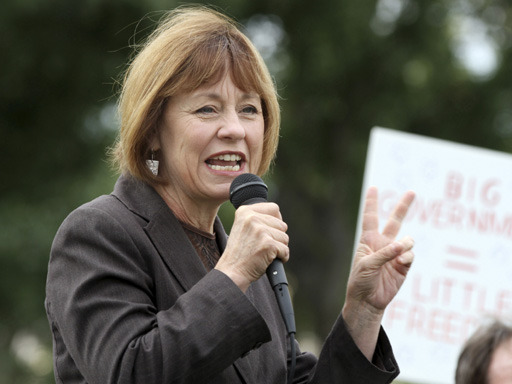 While we don't yet know the final results in some Senate races, we do know that CBS News projections show that Democrats will hold onto the Senate. (Full Election Results)

We also know that they might not have done so had two Tea Party candidates not won their GOP primaries. One is Christine O'Donnell, who rode the backing of the Tea Party Express to an upset primary victory over moderate Republican Rep. Mike Castle in Delaware.

The website Conservatives4Palin, which is closely tied to Sarah Palin, argued in the wake of the results that "Chris Coons Would Have Defeated Mike Castle Anyway." (Palin endorsed O'Donnell.) The site pointed to Delaware exit poll numbers, which showed Coons defeating Castle by one point among voters who showed up in this election.

The story isn't much different in Nevada, where Senate Majority Leader Harry Reid won after a bitter campaign against Republican Sharron Angle (see full results). Reid's reputation as a Washington deal-maker has hurt his standing in Nevada, and he would have faced a tough fight against the woman who was expected to be his general election opponent, Sue Lowden.

But Lowden lost the primary to Angle, thanks in large party to the Tea Party movement (as well as behind-the-scenes maneuvering by Reid, who didn't want Lowden to make it to the general election). Reid was well aware that the only way to win the race was essentially to make his opponent as unpopular as he was - and Angle, thanks to her positions on a range of issues (among them Social Security and the Department of Education), gave him an opening to do so.

Meanwhile, the damage may not be done: There is an outside chance Democrat Scott McAdams could emerge from the Alaska Senate race with a victory, thanks to a split in the GOP vote between Sen. Lisa Murkowski and Joe Miller, the Tea Party backed candidate who defeated her (see full results). And in Colorado, Tea Partier Ken Buck is in a tight race against Democrat Michael Bennet, a prime target for Republicans heading into the campaign cycle (see full results).

There are, of course, Senate Tea Party candidates who won - Utah's Mike Lee, Kentucky's Rand Paul and Florida's Marco Rubio - but those seats would likely have gone Republican anyway.

Ultimately, it's impossible to know exactly how things would have played out had the Tea Party movement not existed. But it certainly appears that the nomination of both O'Donnell and Angle cost the Republican Party. Had those two seats gone to the GOP, Republicans might now be in a position to celebrate a takeover of both houses of Congress -- instead of just one.