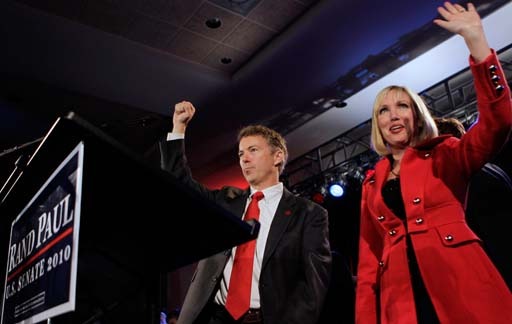 Races in two other states were too close to call as of early morning Wednesday. In Colorado, Ken Buck was in a dead heat with Michael Bennet. In Alaska, Joe Miller was in a tight three-way race with Lisa Murkowski and Scott McAdams.

Tea party supporters are upset with the way government is functioning and feel that smaller government would be far more effective in dealing with America's problems. Two thirds of tea party supporters disapprove of President Obama. Forty-five percent blame him for the poor economic conditions and 59 percent think the stimulus has hurt the economy. Eighty-four percent think health care reform should be repealed.

Instead, 85 percent of tea party supporters think the government should do less.