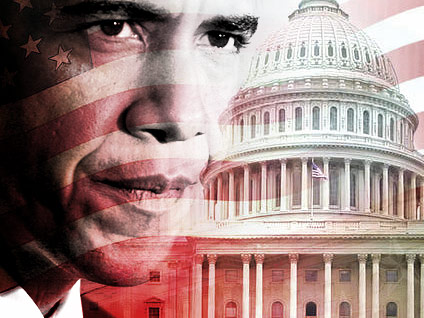 Congressional Democrats suffered their worst electoral defeat in decades, losing more than 50 seats in the House of Representatives. Preliminary CBS News exit polls show that these results were fueled primarily by a depressed turnout among Democratic base groups, independents leaning Republican and voter backlash against President Obama and his handling of the economy.

Based on those exit polls, here's how the Republicans took back the House:

The Democratic Base Stayed Home

Hispanics, African Americans, union members and young people were among the many core Democratic groups that turned out in large numbers in the 2008 elections, propelling Mr. Obama and Democratic House candidates to sizable victories. In 2010, turnout among these groups dropped off substantially, even below their previous midterm levels.

Independents Turned to the Right

Independent voters without loyalties to either of the major political parties swung dramatically toward the Republican Party in 2010, propelling Republican House candidates across the country to victory.

Disapproval of Performance from Obama and Congress

Voters were no happier with the Democratic-controlled Congress. A whopping 72 percent of voters disapproved of the way Congress is handling its job, including majorities of Republicans, Democrats and independents. Of those who evaluated Congress negatively, 64 percent preferred a Republican House candidate to a Democratic House candidate in their local race.

The exit polls show that voters have become disillusioned with Democratic policy prescriptions for the most pressing political problems. Nearly three quarters of voters (74 percent) are dissatisfied or angry the way the federal government is working. More than six-out-of-10 voters (61 percent) think the country is off on the wrong track. And 51 percent of voters think Mr. Obama's policies have hurt the country. Not surprisingly, sizable majorities of all these groups preferred Republican House candidates to their Democratic counterparts.

Nowhere is this dissatisfaction more strongly felt than with Mr. Obama's handling of the economy, the issue viewed as the most important facing the country by 62 percent of the midterm electorate.

In the 2008 election, there was considerable optimism among voters concerned about the economy that Mr. Obama would be able to right the ship. Exit polls that year showed that among the 48 percent of voters who thought the economy was poor, 65 percent preferred Mr. Obama to McCain for president. Similarly, of the 55 percent of voters who were worried that the current economic crisis would harm their family's finances in the next year, 65 percent voted for Mr. Obama.

By 2010, voters had become disillusioned with Mr. Obama and the Democratic-controlled Congress with many thinking they are part of the problem rather than the solution. Nearly a quarter of voters (23 percent) now believe that Mr. Obama is more to blame for the current economic problems than former President George W. Bush or Wall Street bankers. Nearly two-thirds of voters (65 percent) believe the economic stimulus package has hurt the economy or made no difference.

Ominous Signs For Obama In 2012
How Boxer Bucked a National Trend in California
Why Key Midwest Swing States Flipped to the GOP
Harry Reid Wins: How He Did It
Who Are the Tea Party Supporters?

The 2010 midterm elections show an electorate frustrated by the problems facing the country and Mr. Obama's efforts to ameliorate them.

Unfortunately, voters are seriously divided about the next steps government should take in the upcoming years.

Voters are also split on what do with the landmark health care bill passed earlier this year. Much of the law has yet to go into effect, yet 48 percent of voters think it should be repealed while 47 percent think it should be left as is or expanded.

The CBS News exit polls were conducted by Edison Research for the National Election Pool. Results are based on 17,504 voters interviewed either after exiting the polls across the nation or by telephone if they voted early. They have a margin of error of plus or minus 2 percentage points.

Samuel J. Best is an Associate Professor of Political Science and the former director of the Center for Survey Research and Analysis at the University of Connecticut. He has written numerous books and articles about public opinion and electoral behavior, including Exit Polls: Surveying the American Electorate, 1972-2008, scheduled to be published by CQ Press in 2012. He holds a Ph.D. in political science from the State University New York at Stony Brook.