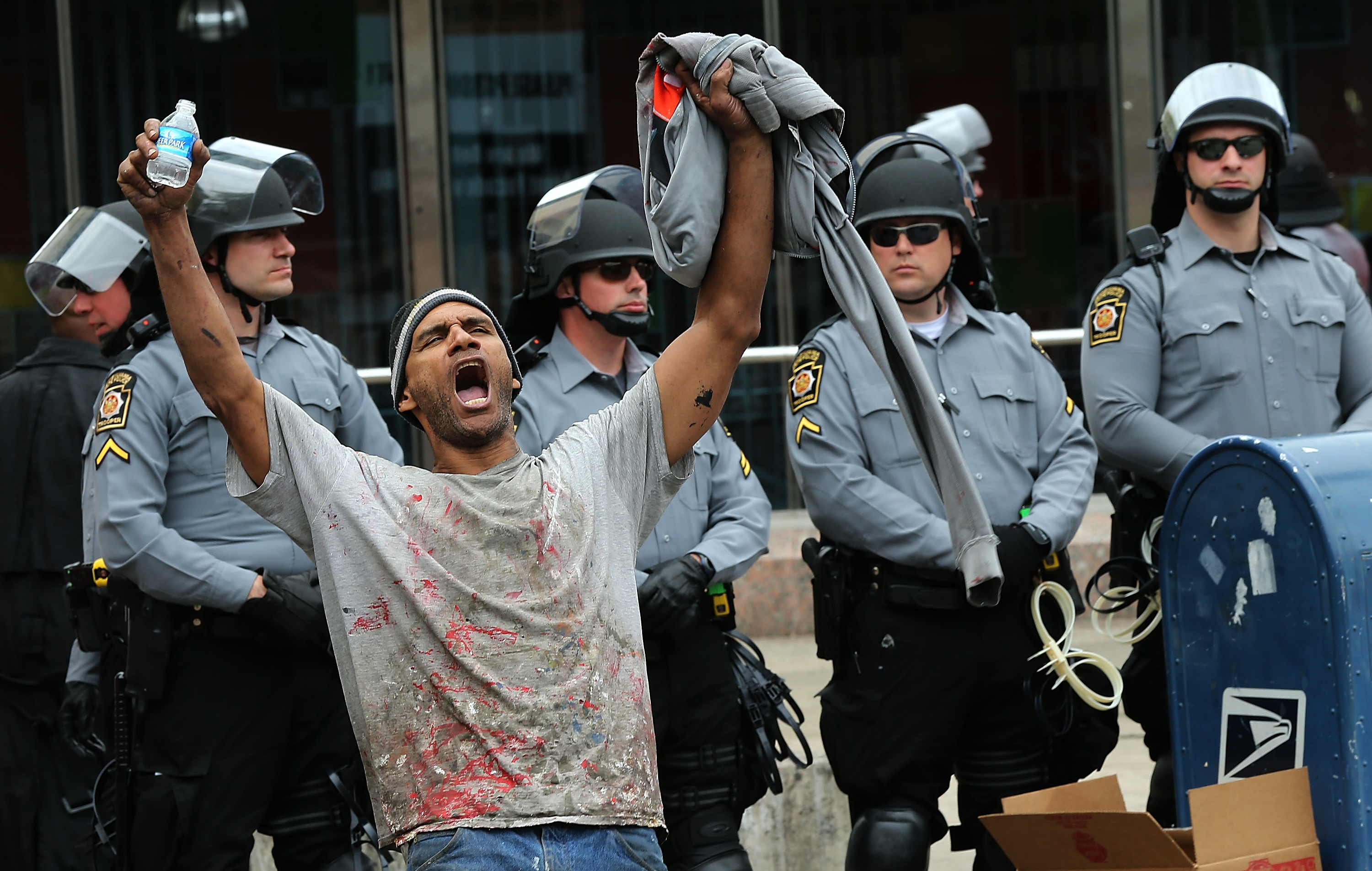 Sixty-one percent of Americans now say race relations in the United States are bad, the highest percentage since 1992, according to a new CBS News/New York Times poll, which finds that majorities of both whites and blacks now view race relations negatively.

Meanwhile, 79 percent of African Americans think police are more likely to use deadly force against a black person than a white person, but 53 percent of whites say race does not play a role in such instances.

The survey found that blacks are more likely than whites to report that their local police make them feel anxious rather than safe.

In the wake of the death of Freddie Gray in Baltimore and the unrest that followed, Americans' views on race relations in the U.S. have grown significantly more pessimistic. Sixty-one percent now say race relations are generally bad, up 23 points from earlier this year. It is the first time a majority has held this view since the 1990s. Just a third of Americans now say race relations are good. These opinions are the most negative this poll has found since 1992, when riots broke out in Los Angeles following the acquittal of police officers in the beating of Rodney King.

For the first time since 1997, majorities of both whites and blacks think race relations in the U.S. are bad. Opinions among white Americans have grown sharply more negative in this poll, and are the reverse of what they were earlier this year. Sixty-two percent of whites now say race relations are bad, compared to just 35 percent in February.

Historically, blacks have had a more negative view of race relations than whites -- but whites are now similarly pessimistic. Majorities of men, women and Americans of all age groups now say race relations are bad.

In addition, fewer than 1 in 5 Americans thinks race relations are improving in the U.S. Most either think they are getting worse (44 percent) or staying about the same (37 percent).

In the days after Freddie Gray's death, turmoil and unrest followed in Baltimore. Most Americans (61 percent), including blacks and whites, say that unrest was not justified.

As interviews for the poll were being conducted, charges were brought against six Baltimore police officers in connection with Freddie Gray's death, and the investigation is ongoing.

Six in 10 Americans have a lot or some confidence that the investigation into the death of Freddie Gray will be conducted fairly. Gray died days after being arrested by Baltimore police. But there are differences by race: 64 percent of whites have at least some confidence in a fair investigation, while 52 percent of blacks have little or no confidence.

While African-Americans are less confident than whites about a fair investigation, blacks express more confidence in the Freddie Gray investigation (46 percent) than they did in the Michael Brown investigation in Ferguson, Missouri last summer (35 percent).

Even though majorities across all age groups say their local police make them feel safe, younger Americans are more likely than those who are older to say the police in their community make them feel anxious.

Whites and blacks also hold different views on the role race plays in the use of deadly force by the police. Seventy-nine percent of African-Americans think police in most communities are more likely to use deadly force against a black person than a white person, while a slim majority of whites - 53 percent - think race does not play a role.

There continues to be strong support for on-duty police officers to wear video cameras that would record actions and events as they occur.

This poll was conducted by telephone April 30-May 3, 2015 among a random sample of 1,027 adults nationwide. Data collection was conducted on behalf of CBS News and The New York Times by SSRS of Media, PA. Phone numbers were dialed from samples of both standard land-line and cell phones. The error due to sampling for results based on the entire sample could be plus or minus three percentage points. The error for subgroups may be higher. The margin of error for the sample of African Americans is 9 points. The margin of error for the sample of white Americans is four points. Interviews were conducted in English and Spanish. This poll release conforms to the Standards of Disclosure of the National Council on Public Polls.